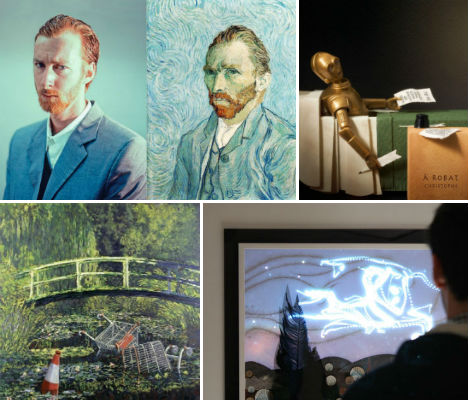 Iconic paintings by artists like Leonardo DaVinci, Sandro Botticelli and Georges Seurat have become an intrinsic part of our cultural landscape, even as we progress far beyond the time periods in which they were completed. And, whether paying tribute or appropriating, making comments on the art itself or what we have become, today’s artists place these works in the modern context using photography, Photoshop, and other technology. 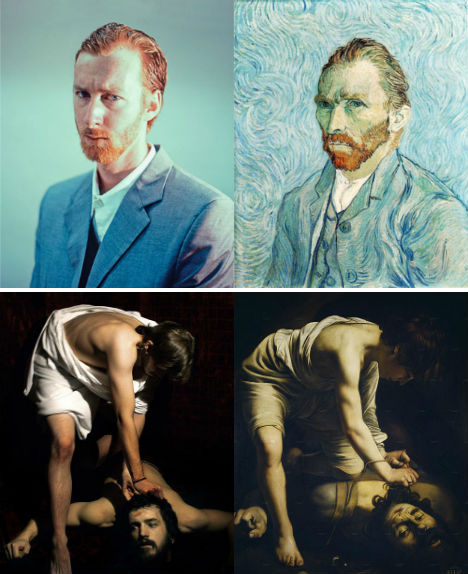 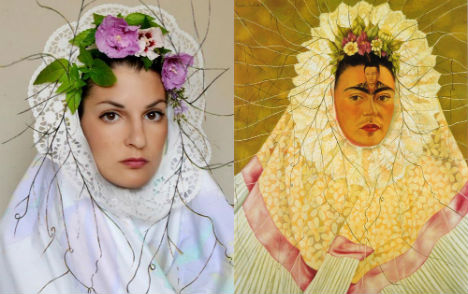 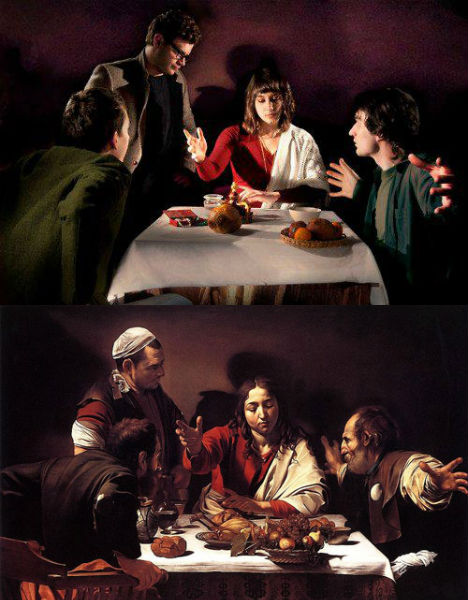 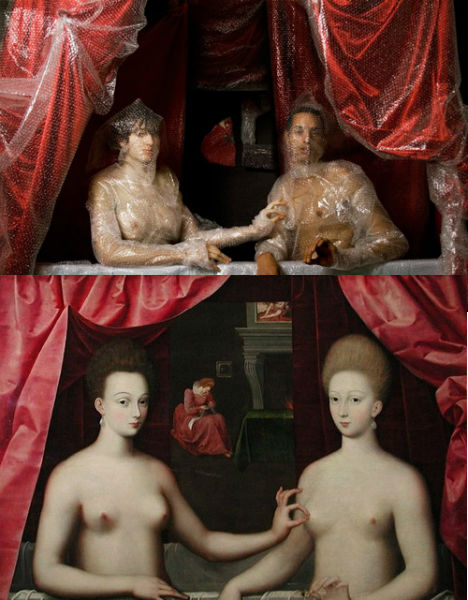 These amazing recreations of classic paintings are the product of a collaborative project by art blog Booooooom.com and Adobe Remake. The series called for participants to submit photographs that capture the essence of a famous work of art or photography. Some stay loyal to the originals, while others give them a more modern update. 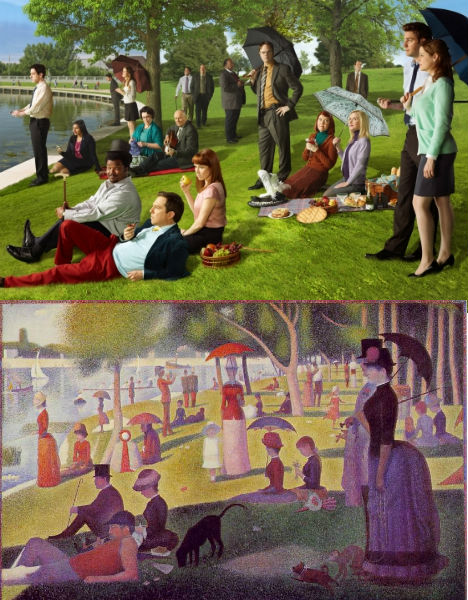 Of course, such photographic recreations of paintings are not uncommon. Another recent example is this shot of the cast of NBC’s comedy series The Office, replicating the painting A Sunday Afternoon on the Island of La Grande Jatte by Georges Seurat. 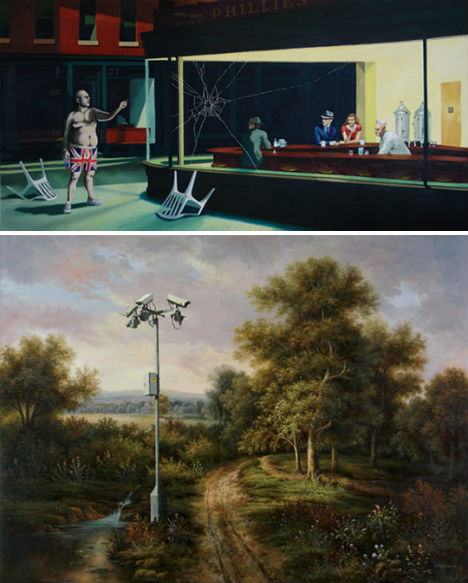 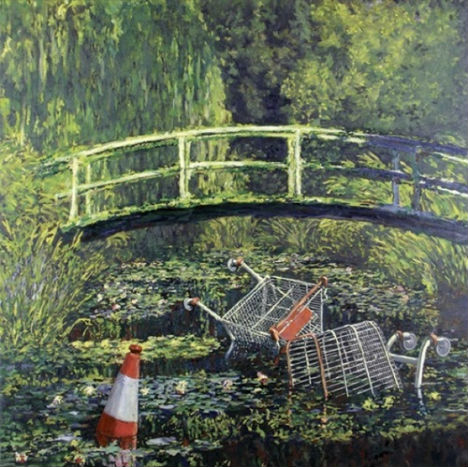 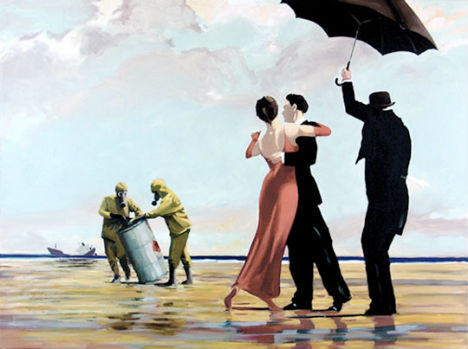 Paintings of centuries past often depict idyllic scenes of simpler times, unmarred by pollution, technology and other aspects of modern society. Leave it to Banksy to intentionally cheapen these scenes, infiltrating their beauty and sense of worth with commentary on the state of modern art, and the world in general. Recreated in oils, works like Jack Vettriano’s ‘Singing Butler’, Ed Hopper’s ‘Nighthawks’ and Monet’s ‘Water Lilies’ hung at a gallery in Britain which was also occupied by live rats. 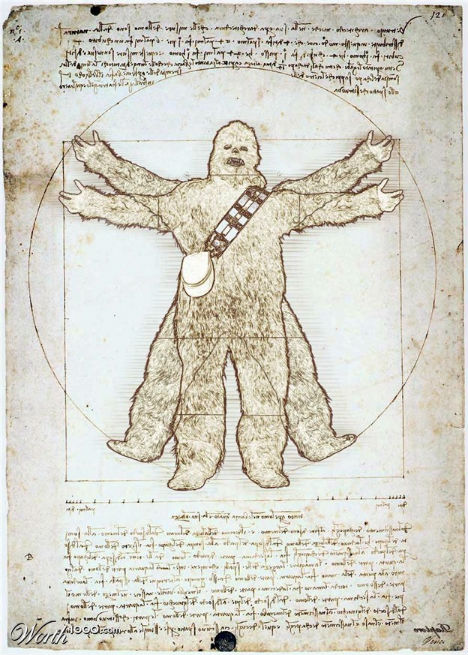 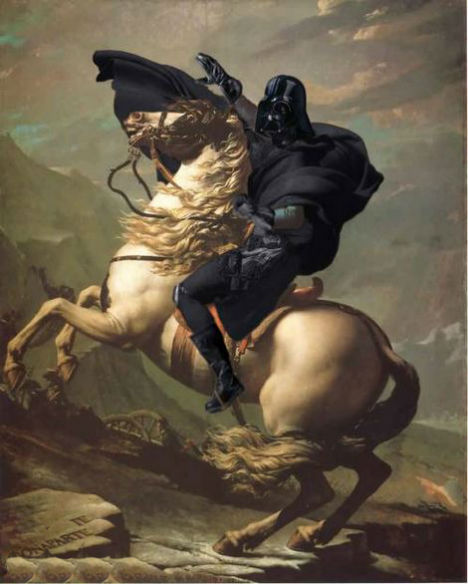 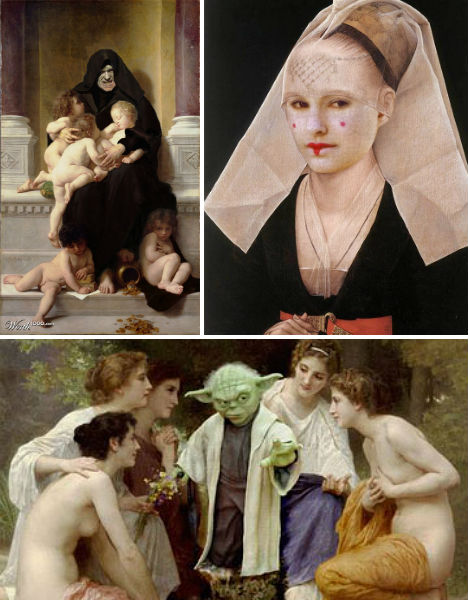 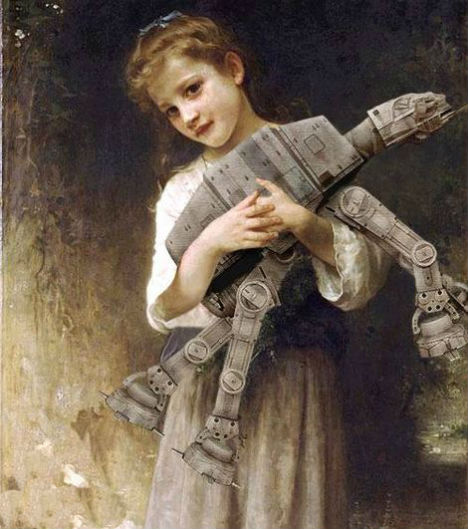 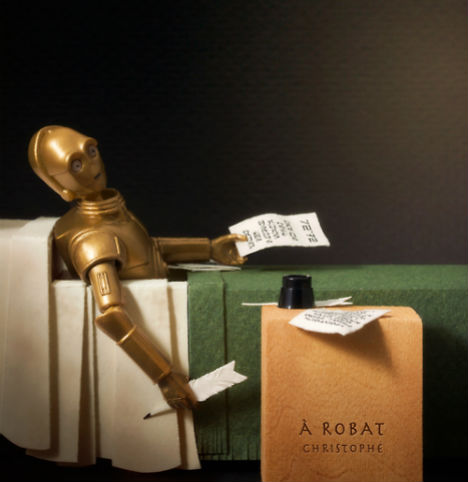 The impact of Star Wars on pop culture can’t be overstated. Countless works of art in all media, including graffiti, digital art, photography, performance art and even cakes, have been devoted to the series. So it was only a matter of time before Star Wars fans digitally altered famous paintings to include Princess Leia, R2D2, Chewbacca, Yoda and everyone else in the series. Chewy as Leonardo’s Vitruvian Man, Darth Vader taking the place of Napoleon Bonaparte and the infamous bikini immortalized in marble are just a few of the entries that were produced for a number of Star Wars-related Photoshop contests at Worth 1000. 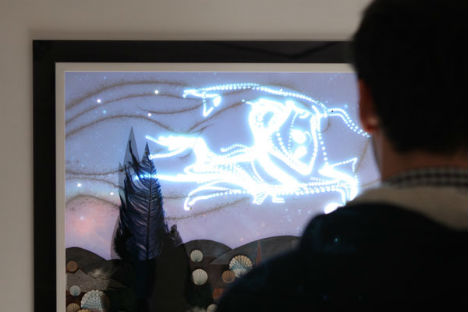 jotta: Remastered – A Visibly Smart production from Intel from jotta on Vimeo.

Drawing on Intel technologies including Intel PCs running CAD software, 3D animation and conductive ink, collaborators in Intel’s ‘Remastered Project’ have interpreted works like The Last Supper in entirely unexpected ways. LED lights and electronic ink make the stars of Van Gogh’s The Starry Night come alive, literally sparkling before our eyes; Edvard Munch’s The Scream is evoked with an installation using bricks, TV screens and looping animations. Each project can be seen in photographs and videos at Intel.com. 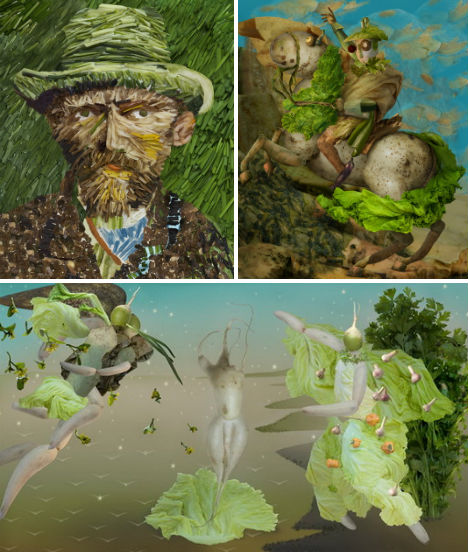 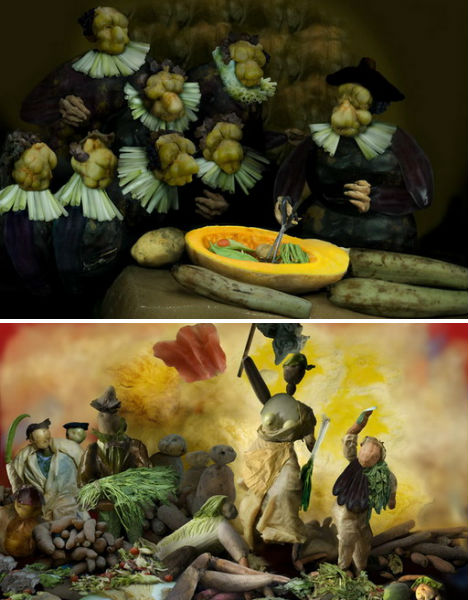 (images via: the vegetable museum)

The scenes are familiar, from the composition to the colors to the lighting, but there’s something off about these paintings. Get closer, and you’ll realize what it is: in place of painted human figures and landscapes are broccoli, potatoes, squash and other vegetables. Chinese artist Ju Duoqi says she got the idea for ‘The Vegetable Museum’ after making herself an outfit out of peas.

“In the summer of ’06, I bought several kilograms of peas, and sat there quietly for two days peeling them, before stringing them on a wire and turning them into a skirt, a top, a headdress and a magic wand. I used a remote control to take a photo of myself in them, and named it Pea Beauty Pageant. That was my first work of vegetable art.

In the two years that followed, I often dressed up as a housewife, leisurely strolling to the market in a serious search for fun. I would often pace in front of the vegetable stalls, picking things up, thinking and putting them back, trying to figure out which positions made them more interesting. The different types, shapes and colors of the vegetables, with a bit of rearranging, can make for a rich source of imagery. Fresh, withered, rotting, dried, pickled, boiled, fried, they all come out different. I no longer needed a model, as they all became actors and even props.”

There’s more than a little something missing from these images of Botticelli’s Birth of Venus, Leonardo’s Mona Lisa and Munch’s The Scream. Artist Michael Guppy has used Photoshop to remove the central elements, leaving behind the selection border of each image as an animated gif.

The artist explains that a common theme in his work is the social and cultural side of technology. “The web is a perfect example of how technology transforms society, and we’re right amidst it. This is where the main influence for my work stems from, examining how we interact with the web and how it might change.”