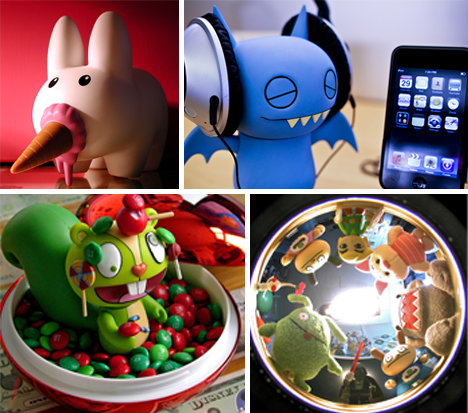 After you’ve put on your pajamas, brushed your teeth, turned out the lights and gone to bed, that’s when they get down to business. It’s a secret that has been accidentally exposed to many but never corroborated and proven beyond doubt, until today. The Indian in the Cupboard almost got it right, with the exception of the role that the cupboard played. Here’s an expose into the private and secret lives of your favorite toys – you may find it goofier than even the geekiest of cakes and most twisted stuffed animals.

StarWars and the banality of Stormtroopering 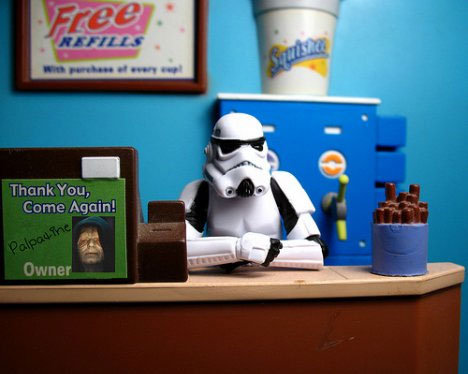 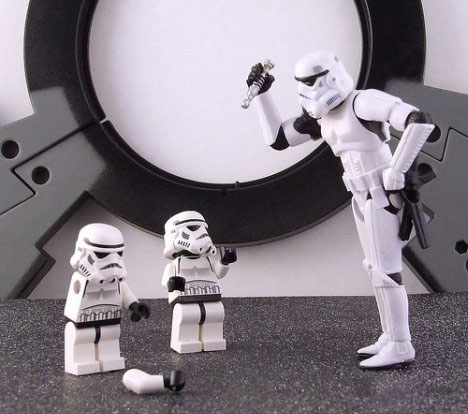 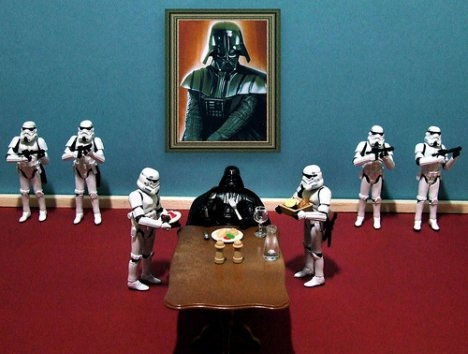 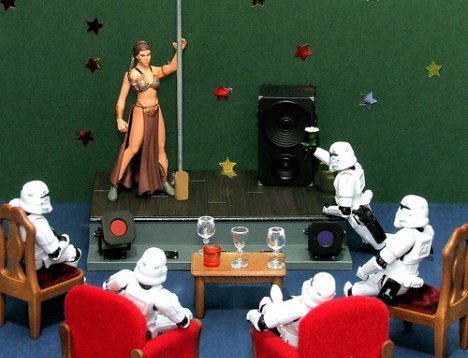 You probably know the Imperial Stormtroopers (originally known as Clone Troopers) as the personal army of Emperor Palpatine, carrying out his orders without question. What you probably don’t know is that not all Stormtroopers spend their time warmongering and torturing people. In fact many of them don’t even make enough from Stormtoopering to support a family and have to take second jobs at StarBucks, as chefs and butlers to Vader, or babysitting mini-troopers. They do, however, get to enjoy poledances by slave-Leia lookalikes.

Indiana Jones and quest for therapy 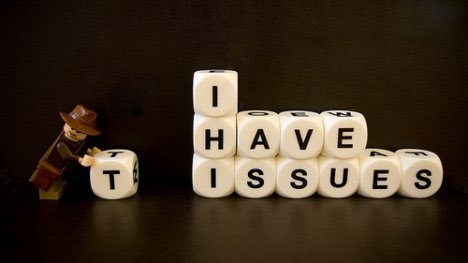 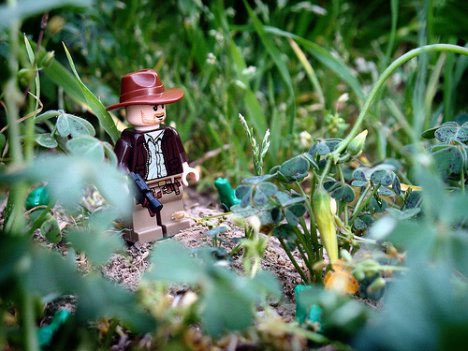 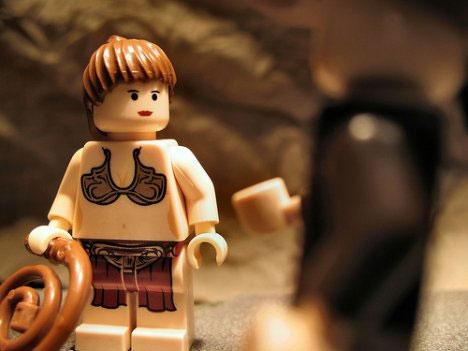 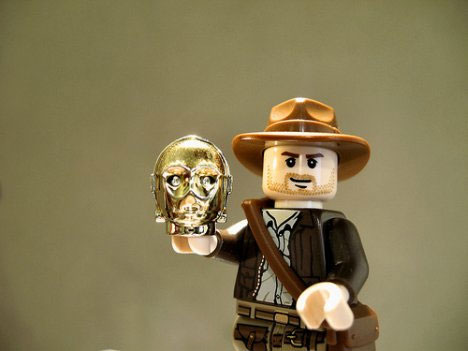 If you think you were disappointed by Indiana Jones and the Kingdom of the Crystal Skull, imagine what Indy had to go through. It comes as no surprise to me that he has issues to resolve. After all, his long lost son (and sidekick) looks awfully like Shia LeBouf. The whole situation put Indy so over the edge that he ended up taking it out on C-3PO.

The Muppets take revenge (in Manhattan) 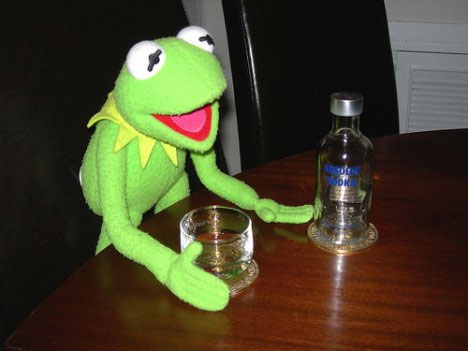 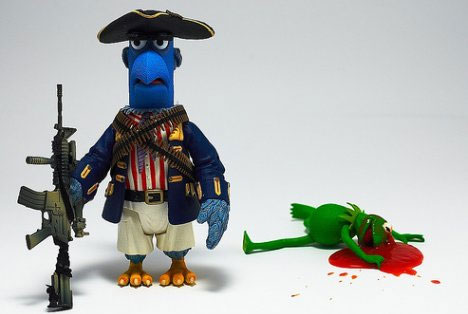 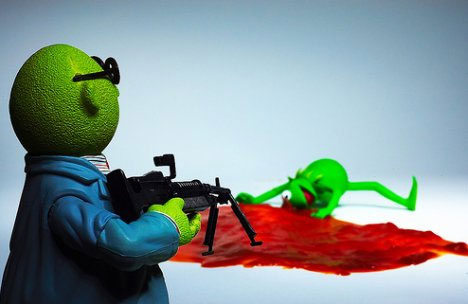 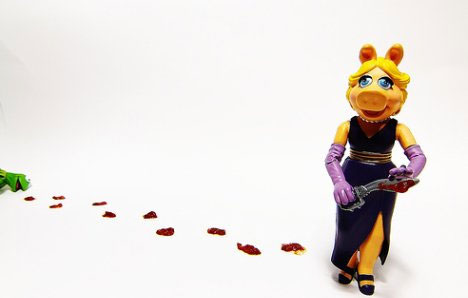 Jim Henson is without a doubt one of the most well known puppeteers in the world. You would think that being one of his most famous creations and favorite puppets would have obvious upsides but that isn’t entirely true. Kermit’s high profile has lead to some questionable behavior from the loudmouth frog and has drawn the ire of his colleagues, often leading to bloody altercations. 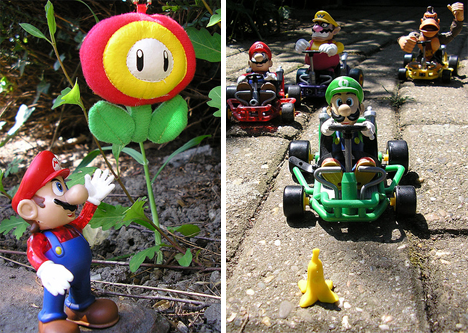 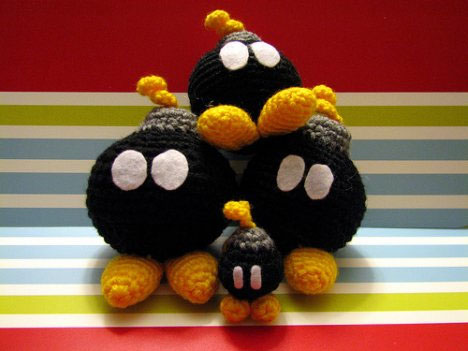 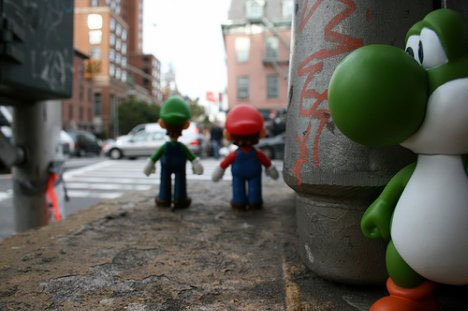 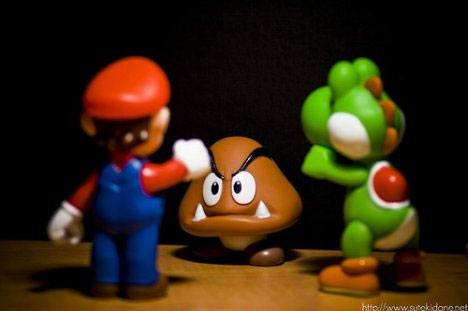 The plumber brothers known for their mushroom consumption have great chemistry both on and off screen. But like any other siblings, they too sometimes find themselves at odds with each other. What better way to resolve your differences than to banana-peel your opponents car in a race around the block? And you would expect that with all the help Yoshi has provided over the years, the brothers wouldn’t ditch him at home (like an annoying younger sibling) as they often do when they go to the pub to ‘conduct research on Bowser’. Little do they know how much Yoshi cares for them and their well-being. 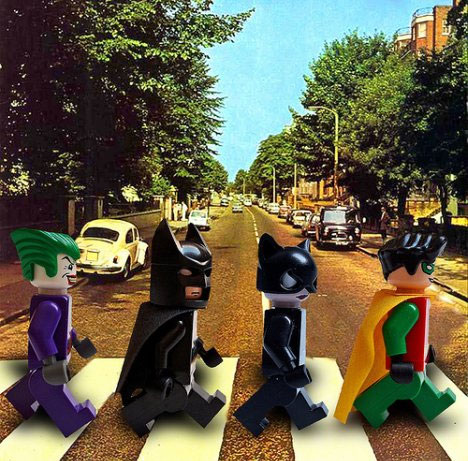 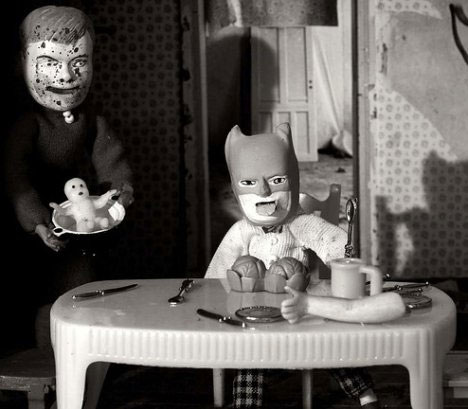 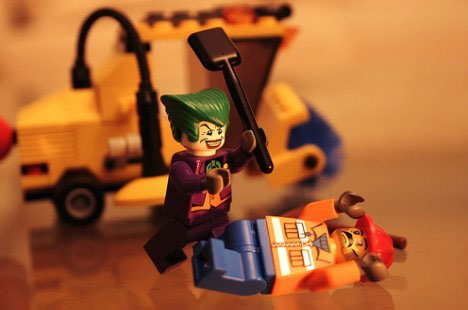 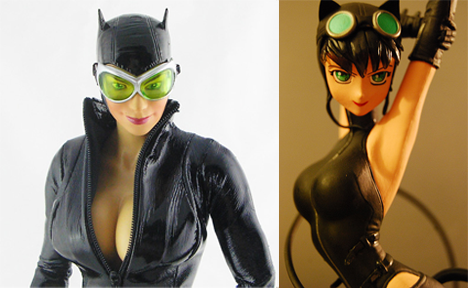 George Harrison’s guitar is known for weeping gently, however, after seeing what Batman and his ‘crew’ had been going around town doing, the guitar made an exception and bawled like a baby. Batman is known as the caped crusader, the masked manhunter, the demon of the night, your worst nightmare, the winged avenger, and often simply as the bat. It shouldn’t come as a surprise then that Batman feeds on newborn babies to restore his strength after a hard night’s work. 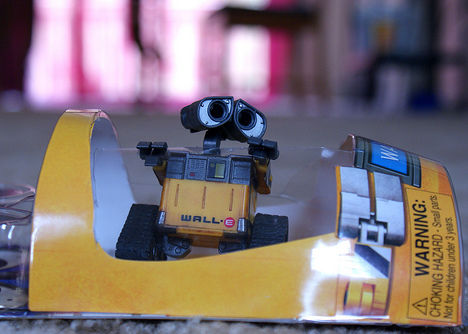 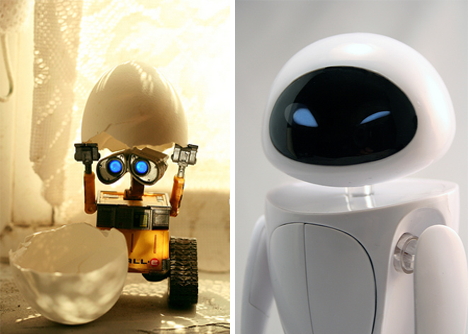 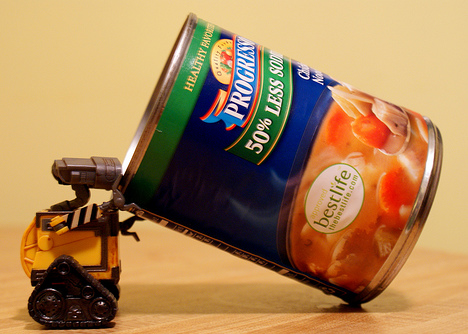 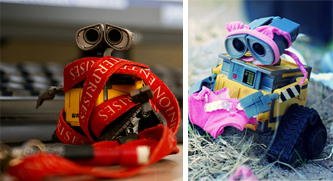 Ever since Wall-E crash-landed in my kitchen and broke out of his paper-and-plastic ship, he’s been running around driving me mad, imitating eve and eating my canned food. However, considering how undeniably cute he has, you can’t really get mad at him for messing things up…until you find him in Eve’s lingerie drawer trying out her underthings!