The island of Nordstrandischmoor is connected to mainland Germany by a tiny narrow gauge railway, on which residents (at least those 15 years of age and older and holding a moped license) can drive private trains back and forth to and from Lüttmoorsiel. Each island house has its own wagon — some used to be wind-powered, using sails, but today they run on diesel. 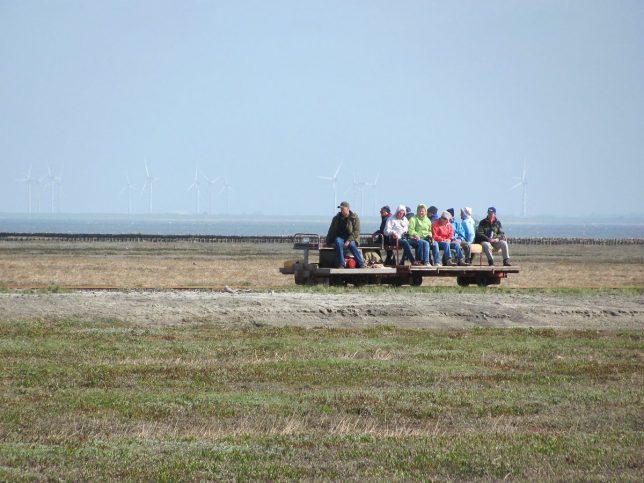 Often called simply the Lorenbahn, this slim rail line reaches out over a third of a mile to bridge the island to the shore, and is sometimes closed due to extreme winds or other weather-related risks. On either shore, the line branches out to a series of local destinations. some of the trains are enclosed, but others are open-air, like conventional convertible cars but on rails.

The original line was constructed to ferry out building materials for coastal defense, then destroyed by ice flows, only to be rebuilt in a more durable fashion. 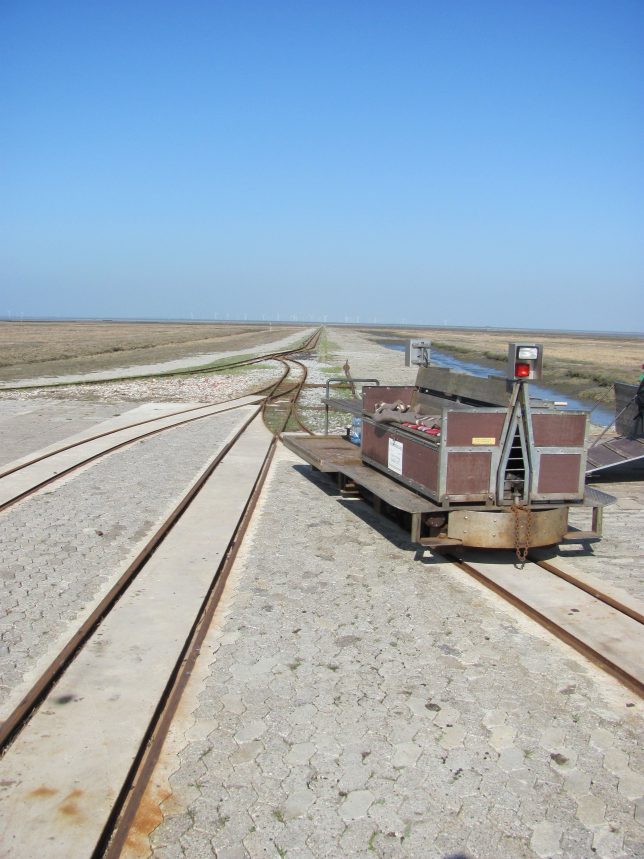 Some of the rail vehicles belong to the State Department for Coastal Defence and National Parks. There are two locomotives and two construction wagons (Bauwagen, which provide shelter for the workers during construction work, as well as goods wagons for construction work.

Other narrow-gauge trains can be found around the world as well, often serving similarly small communities or other niche design functions.