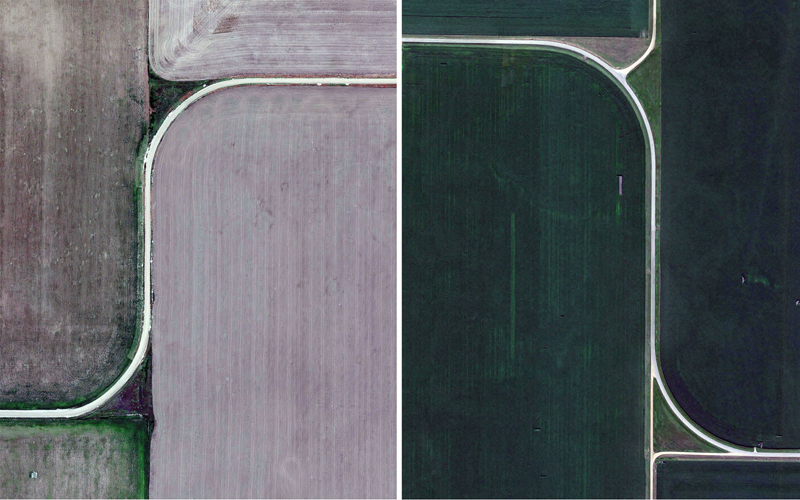 Driving along a straight highway in the American countryside, you may find yourself forced to turn right or left, then turn again just to keep moving ahead, all to compensate for a rectilinear planning system imposed on a spherical planet. 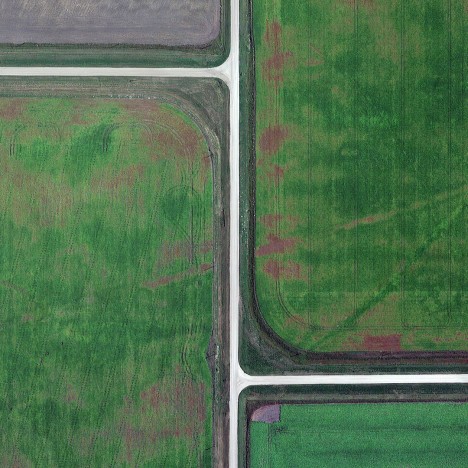 Picture running two fingers along a globe from the equator to the North Pole, starting an inch apart but following parallel lines. Eventually, they will converge and ultimately they will touch. At smaller scales, the effect is all but invisible, but when tens of miles are involved, and as seen from the sky, it becomes quite pronounced. 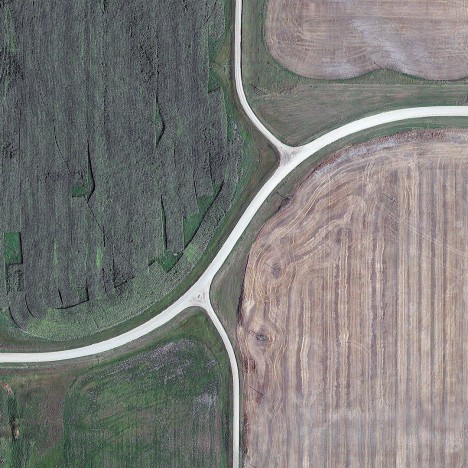 Dutch artist and photographer Gerco de Ruijter dug into the history of this phenomena after noticing these periodic “grid corrections” strange during an artist residency at the Ulrich Museum in Wichita, Kansas, that appeared to happen for no immediately apparent reason. They take various shapes and forms, including zigzags, angles and curves, and some are less obvious than others (except from above). 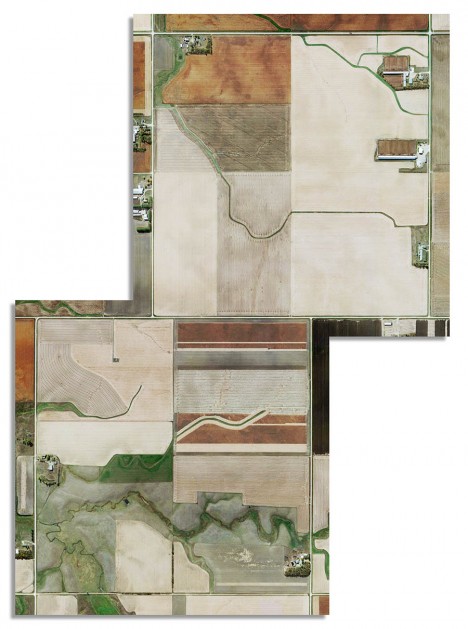 The cause dates back centuries, to the egalitarian Jefferson Grid, designed to ensure equal and fair land distribution by carving up rectangular townships the undeveloped country west of the original 13 states. Each was six square miles, and framed by borders and roads running in straight lines, parceled for sale and development in part to pay off debts following the Revolutionary War. 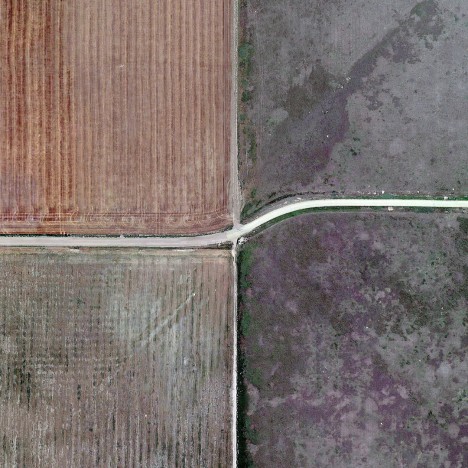 Those implementing Thomas Jefferson’s plan stumbled upon a flaw in its perfectly geometrical approach, analogous to the classic dilemma of fitting a square peg in a round hole. 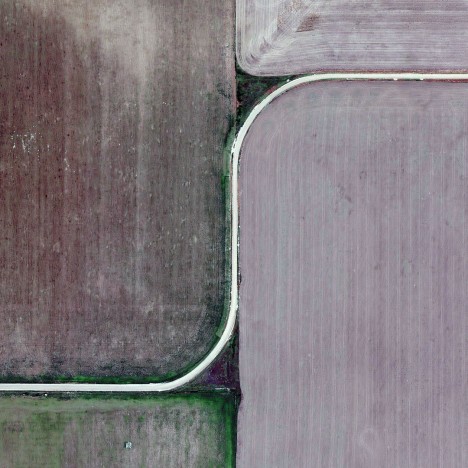 “It did not take long for legislators to understand that a township could not be exactly six miles on each side if the north-south lines were to follow the lines of longitude, which converged, or narrowed, to the north,” explains landscape architect James Corner in Taking Measures Across the American Landscape. “The grid was, therefore, corrected every four townships to maintain equal allocations of land.” 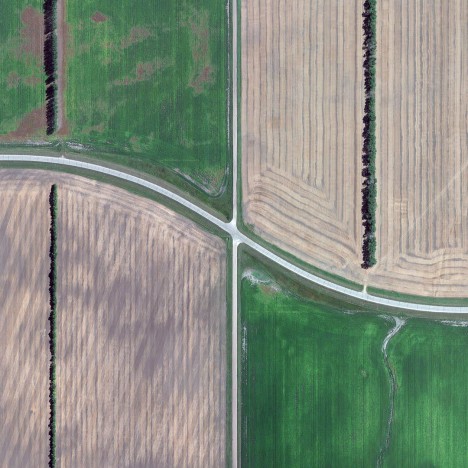 “This added up to a detour every 24 miles, from sea to shining sea,” writes Geoff Manaugh. “These particular doglegs are most clearly seen far from urban centers, in the agricultural countryside, where the regular, quilted appearance of rural land use makes them more visible.” There are perhaps larger lessons to be found in this geometric anomaly, about the best-laid plans and how they intersect with an imperfectly-aligned reality.