Suspended in time and place, only eagles dare go where these abandoned cable cars once reached as these glorified zip lines lost their zip long ago. 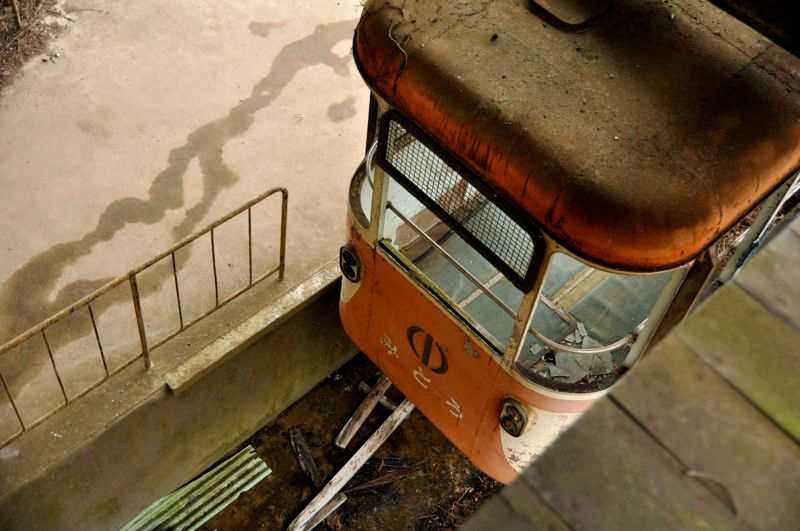 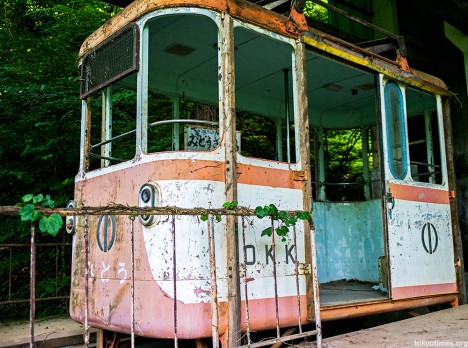 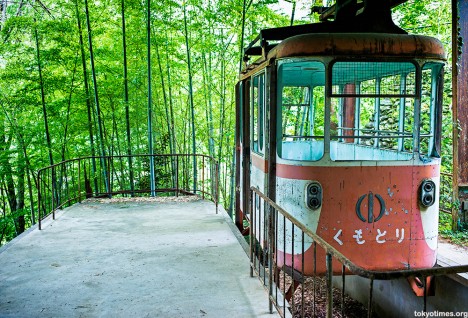 If you build it, they will come… or not, as was the case of the ill-conceived Okutama Ropeway. Constructed in 1962 at an artificial lake west of Tokyo, the two-car transportation system operated for only four years before shutting down for good. Perhaps the builder/owner was unaware of plans to construct a bridge that would make his pride & joy redundant. 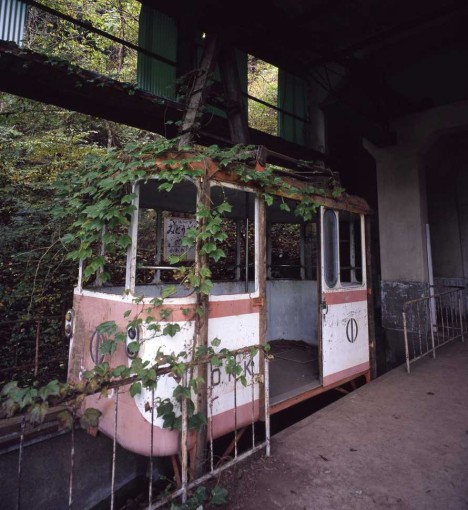 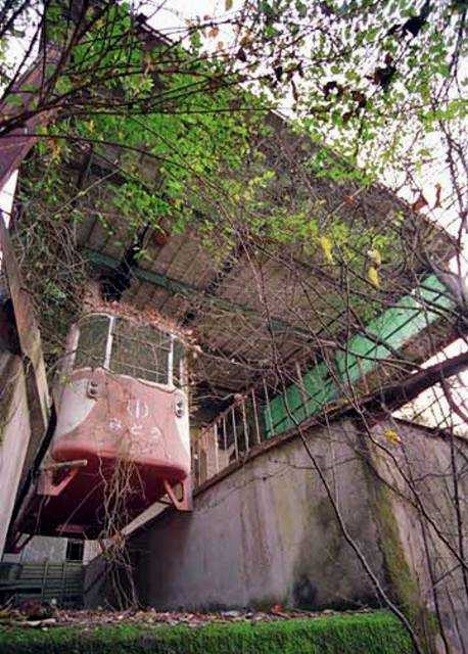 That said, the cars and associated infrastructure have held up remarkably well over the past half-century! Kudos to Lee Chapman of Tokyo Times for visiting this long-forgotten relic and photo-documenting its current (as of July, 2013) status. This video by Riding Japan explores the abandoned and, to quote the videographer “quite eerie” station.

Georgia On My Mind 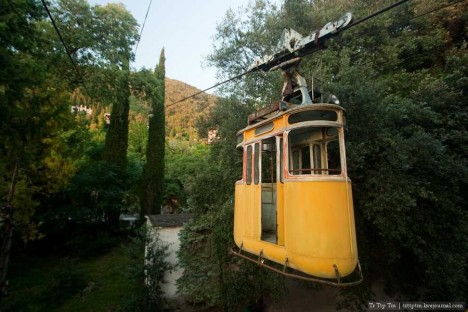 Lovely “Seaside Park” in Gagra, Abkhazia suffered significant damage during the early-1990s Abkhaz-Georgian Conflict; the still unsettled political situation and a chronic lack of funding has constrained any moves toward restoration. A single yellow gondola remains in place – its red-painted partner was blown up some years ago during the filming of a movie. 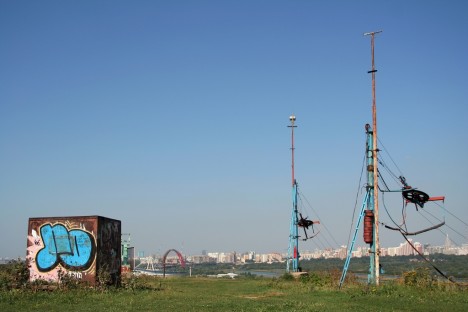 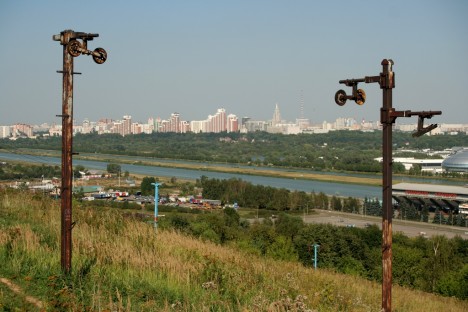 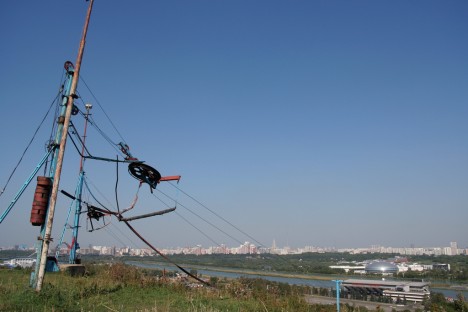 Can a cable car system that’s lost its cars still move you? Yes it can… figuratively speaking. Flickr user philm1205 snapped the spindly remnants of an abandoned Soviet cable-way in August of 2007, fifteen years after the fall of communism. One thing about the commies, at least they made the cable cars run on time – or run, period. 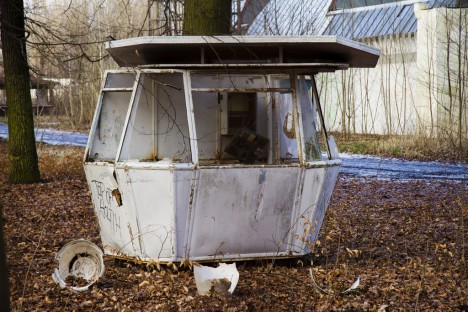 It’s the “Top of Youth” and the bottom of the barrel in Berlin, courtesy of Flickr user TheSleeping03 and the photo above. Taken on February 6th, 2014 at an old abandoned theme park in the German capital, the image presents the permanently-grounded gondola in a raw yet oddly appealing light.