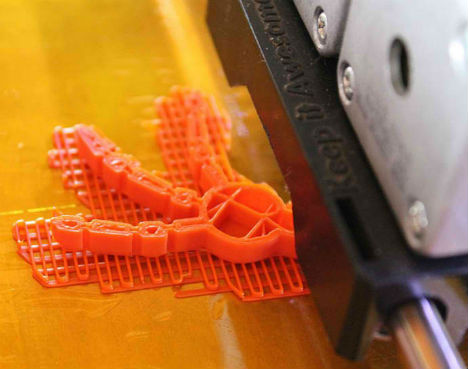 Small electrical impulses detected by a brain-computer headset produce strange and amazing 3D printed objects in a new project by George Laskowsky of Thinker Thing.  The Emotiv EPOC headset analyzes brain patterns and uses it to understand the wearer’s emotional response to certain features in visual stimuli; in this way, the wearer is able to ‘grow’ a three-dimensional model with their mind.

Laskowsky successfully created the first real physical object made with brain patterns in May, and set out to fund the project on IndieGoGo. Thinker Thing will take the invention to Chile, where children will use the technology to create fantastical creatures, which will be exhibited in a gallery. 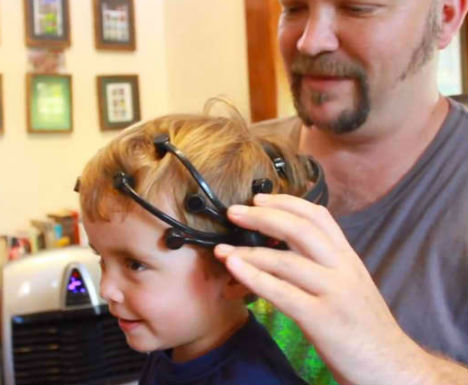 How is it possible to create an object with the mind? “We use your brain patterns to evolve a 3D model from a genetic seed, which can then be made real with a standard 3D printer. The DNA seed defines the start point of an evolutionary chain for the object. Dinosaurs are very diverse, for example, but they can be traced back to a single common dna ancestor. We create this first DNA definition as the first building block from which all future objects evolve.The DNA of the object is then mutated over each generation, and how well that new mutations does, whether it lives or dies, is determined by the mind.” 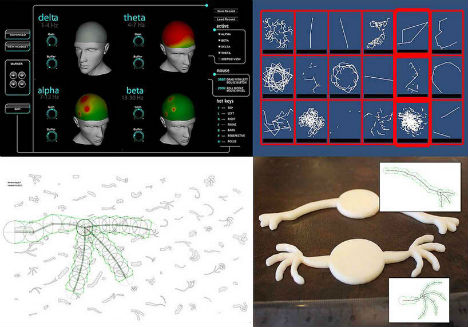 “We are all born creative, our brain begins like an open field and can make connections in many directions, it is only later we become stuck in the ruts and troughs of the paths that our mind constantly treads, paths so deep we are sometimes unable to see that there is still an open field around us. Mistaking skill (a learned ability) with creative imagination is like believing walking in a deeper rut gives you greater freedom of movement across the field.” 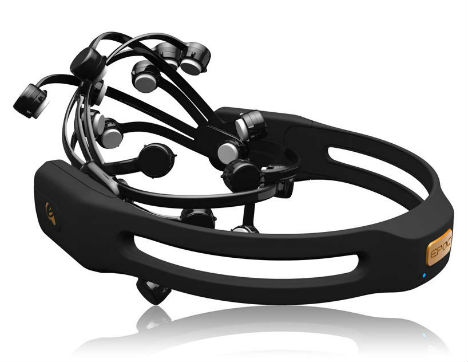