Architecture enthusiasts might love the cold, harsh lines of Brutalist buildings, but for the people who actually live in the iconic London tower blocks and other modernist complexes for low-income residents, they can be – well – brutal. News that the tower blocks of Thamesmead in the city’s southeast quadrant are due for a pricey facelift drew a backlash from many Brutalist admirers, but it’s important to face the fact that these estates are far from the utopias they were promoted to be back in the ‘60s and ‘70s. 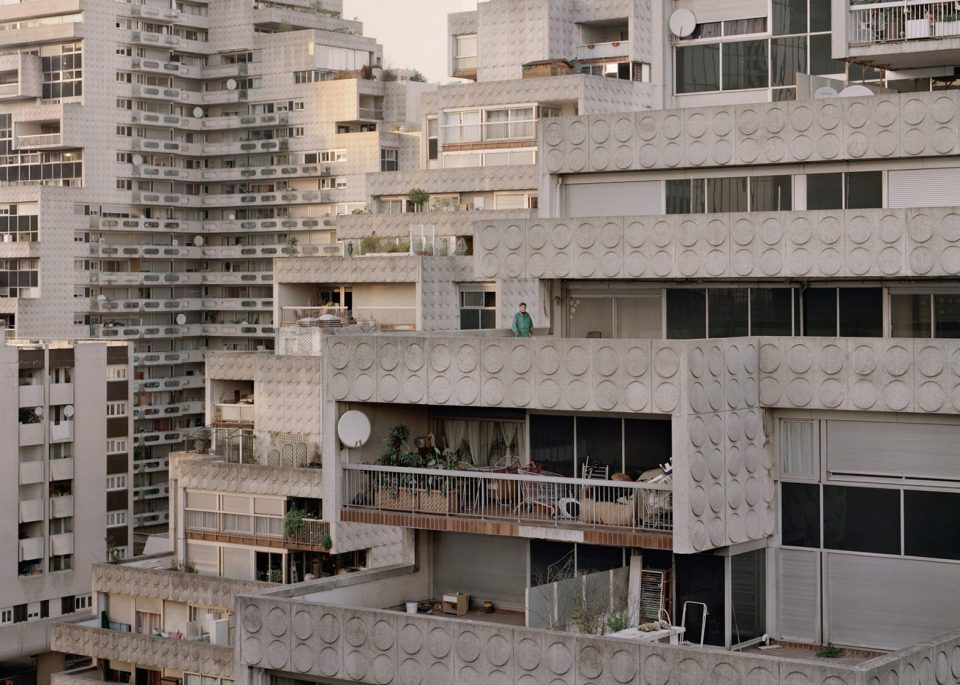 For many of us, the stark, institutional qualities of Brutalist architecture are part of the appeal. It’s where it gets its name, after all. But the same endless planes of uninterrupted concrete, stilted proportions and labyrinthine layouts that make for a visually interesting museum, monument or even a luxury residence for a well-to-do enthusiast don’t necessarily translate well to low-income apartments. In these environments – as exploited in the recent film High-Rise starring Tom Hiddleston – the gloom of the architecture itself can become oppressive, especially when it’s not properly cared-for. 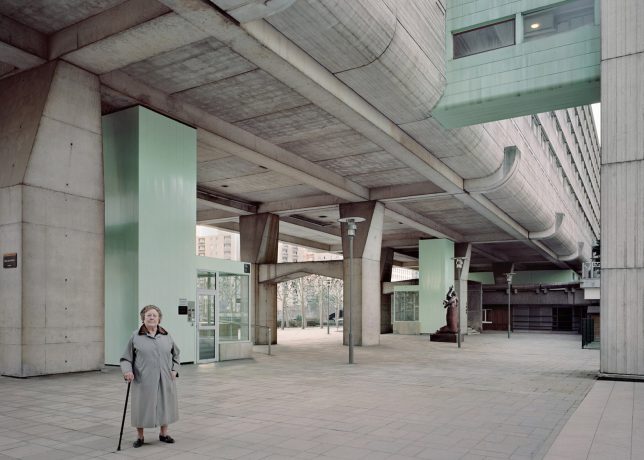 In a recent editorial at The Guardian, Rhiannon Lucy Cosslet notes that the dream of modern “concrete utopias” for working-class people broke down quickly once people were actually living in complexes like the Alexandra Road Estate, the Barbican, Trellick Tower and Balfron Tower. 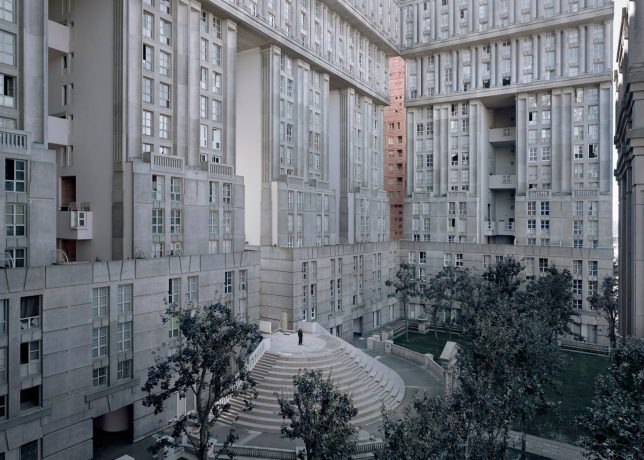 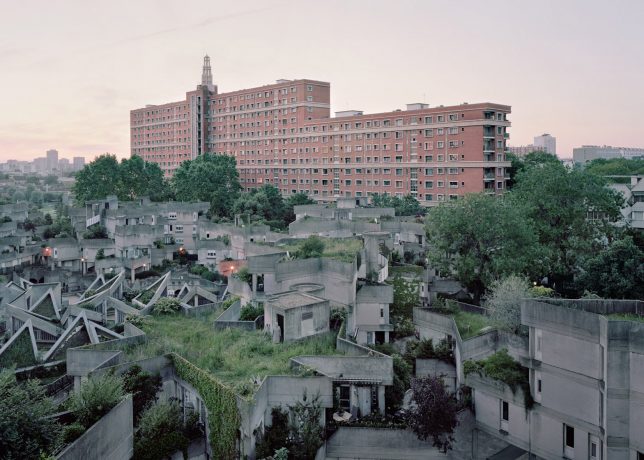 “The lifts broke down, the stairwells were awash in urine, there was poor lighting and scant green or communal space. A visitor to the Holly Street estate in east London, quoted by Dominic Sandbrook in State of Emergency, wrote of ‘dark passages, blind alleys, gloomy staircases,’ corridors that were a ‘thieve’s highway’ and people who would ‘stick to the lit areas and walk hurriedly.’ No kind of paradise, in other words, and hardly embodying the social progressivism claimed by postwar city planners.” 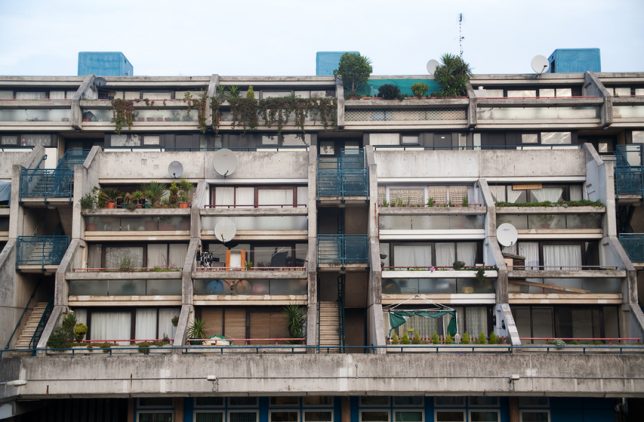 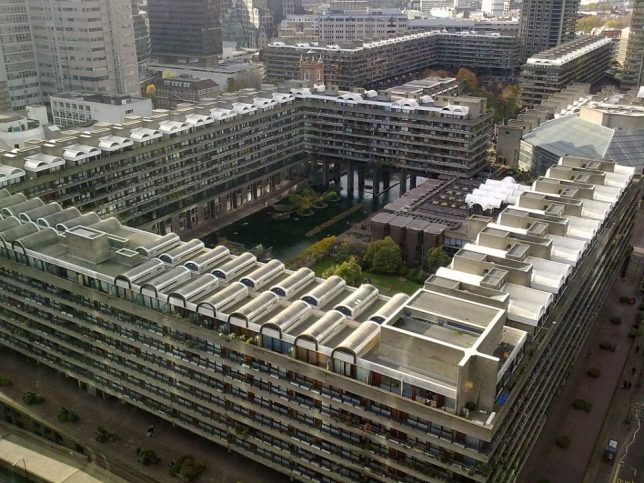 But even beyond these issues, which could arguably be ascribed to just about any poorly managed low-income housing, are the sci-fi aesthetics when rendered all too real by daily life within. French photographer Laurent Kronental spent four years capturing the ‘grand ensembles’ housing projects in Paris, which are largely occupied by elderly residents, finding a fascinating juxtaposition of that crumbling modernist utopia and its marginalized occupants (top five images). “There is an unsettling paradox of life and void,” he says. 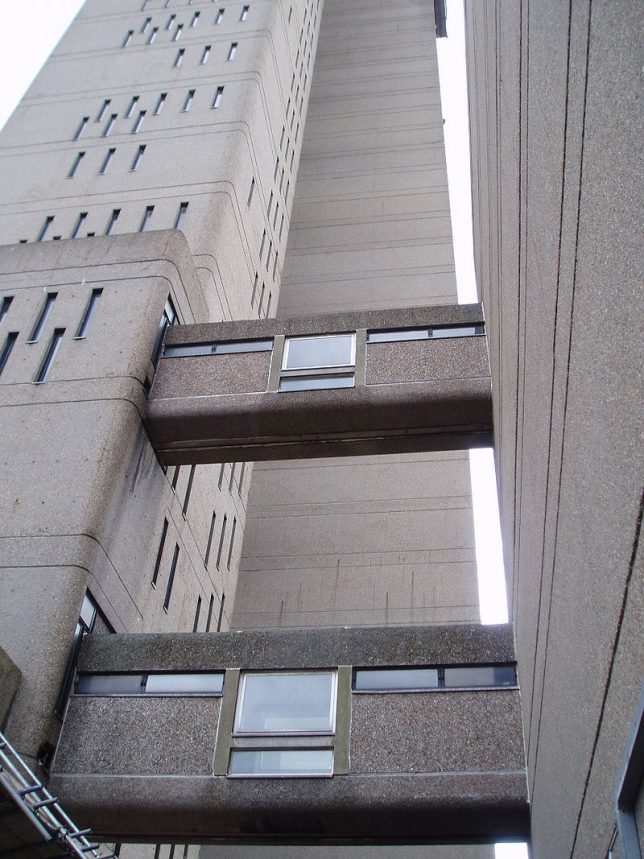 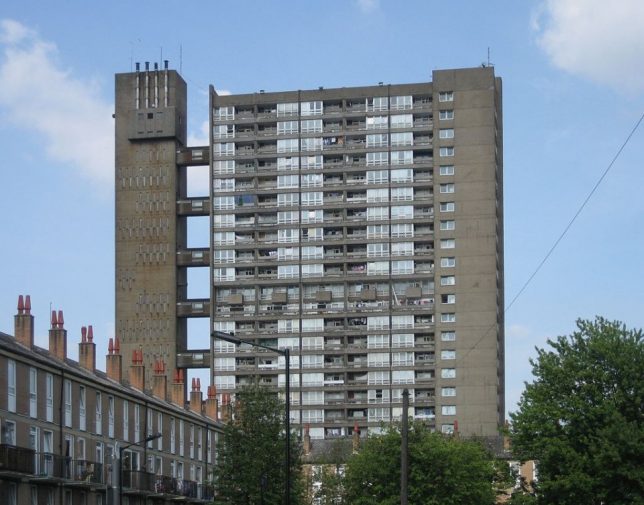 Could a middle ground be found with better planning, or converting some of the structures to new uses? It seems possible, but so far developers have been brutal (sorry) in flushing out existing residents to transform structures like Trellick Tower and Balfron Tower to posh residences for higher-income buyers. Both are set to become luxury housing developments, thereby eliminating the egalitarian intentions of their creators, rather than making them more livable for a broader swath of the population.