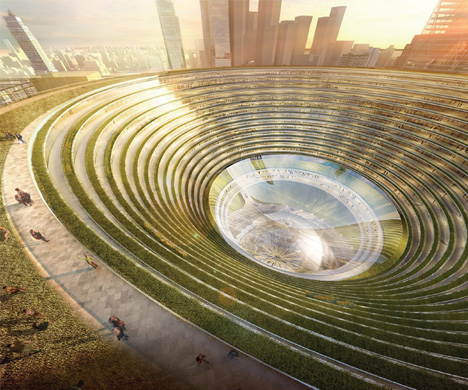 Out of four recent proposals for a radical overhaul of Penn Station in New York City, this concept by Skidmore, Owings & Merrill LLP is far and away the most dramatic – and arguably the most inspiring as well. 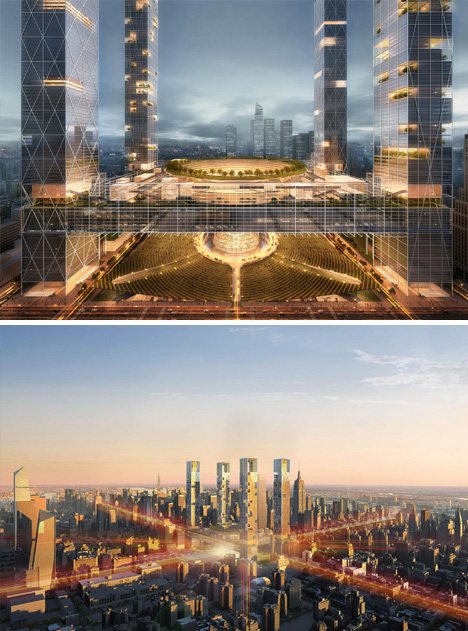 Drawing on the success of The High Line, an elevated park in the same city, this project solution from SOM proposes lifting city life to new heights and integrating a new version of Madison Square Garden, boldly suspended in midair. 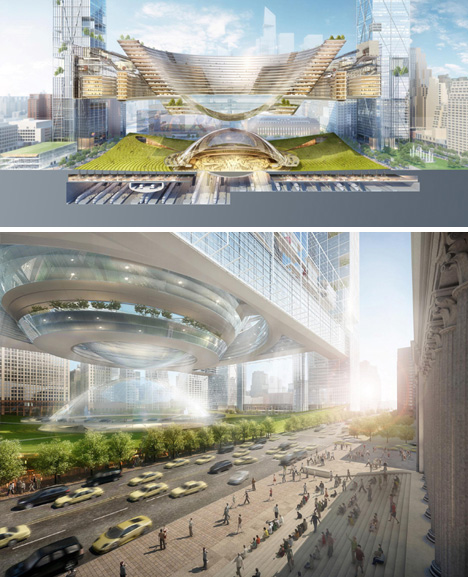 Below, the main station itself sits as a dome over the underground transit hub. Meanwhile, the mega-block is anchored by towers at its four corners, with offices occupying the lower floors and residential stories above. 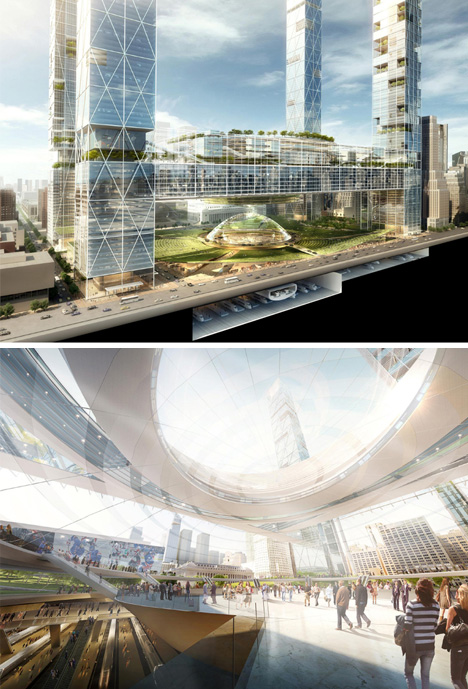 On the one hand, this multi-layered result consolidates central activities around a newly-refocused core. On the other, it opens up shared green park space on a series of levels, blending intentionality with optionality. 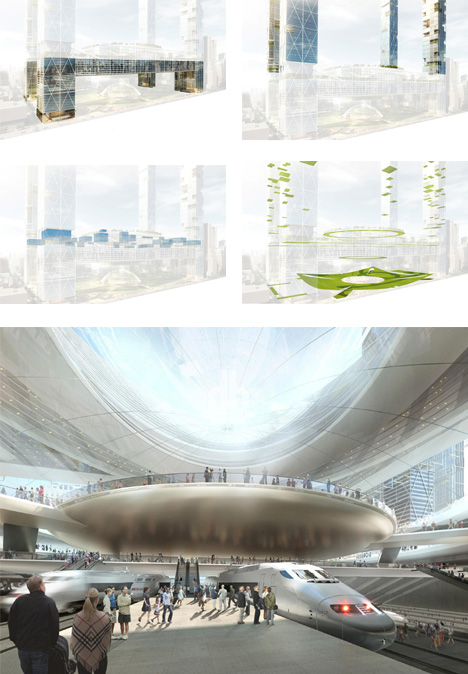 While conceptually simple, the design is … challenging from an engineering standpoint, to put it mildly, and more idealistic than realistic at this point. Hanging so much structure over such a distance stretches the limits of the imagination, but that practical weakness is also the visionary strength of the proposal, for better and worse.