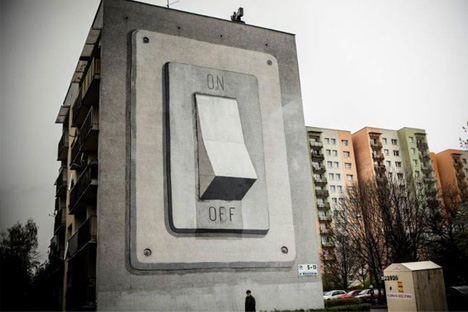 A photo-realistic mural with a nuanced message, this giant work of wall art is impressive in scale and a definite surprise to passers by. Complete with shade and shadow, the huge on-and-off power switch has hidden meaning behind its more obvious shock-and-awe appeal. 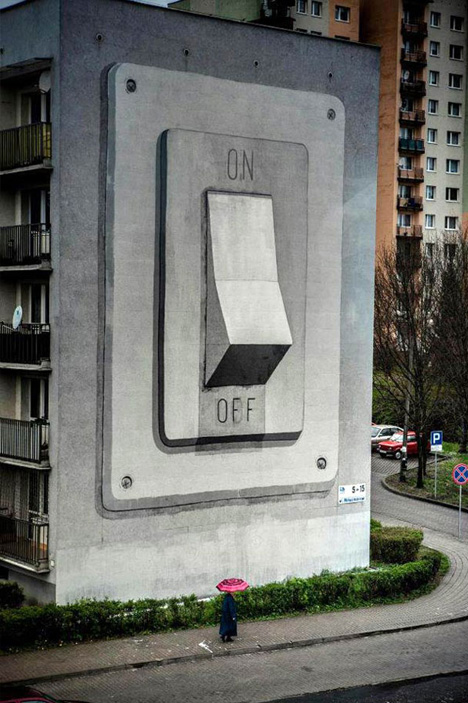 Buildings consume as much as half of the power used in many developed countries. Even in winter, many of the world’s biggest skyscrapers are in constant cooling mode to offset the heat of humans and equipment. In short: most structures are in some sense ‘always on’ when it comes to energy use. 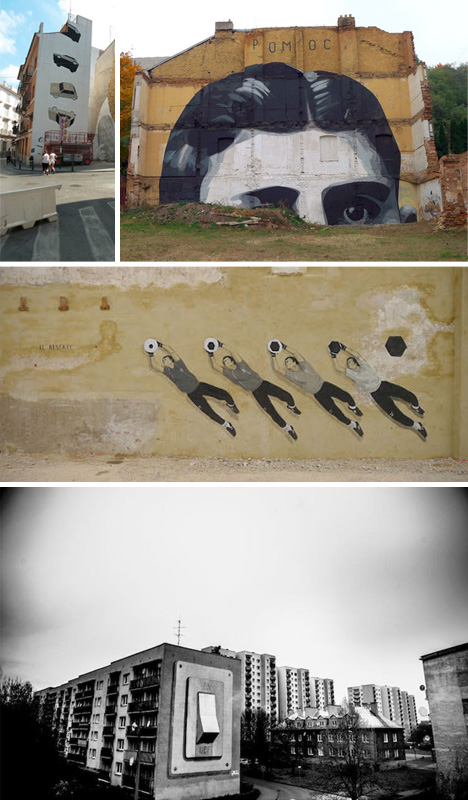 Muralist Escif has a reputation for pointing out political, economic and social problems with his often-animated street art. Still, this piece in particular goes to the heart of an issue we often forget, but one that is right under our noses (or at our fingertips, as it were).