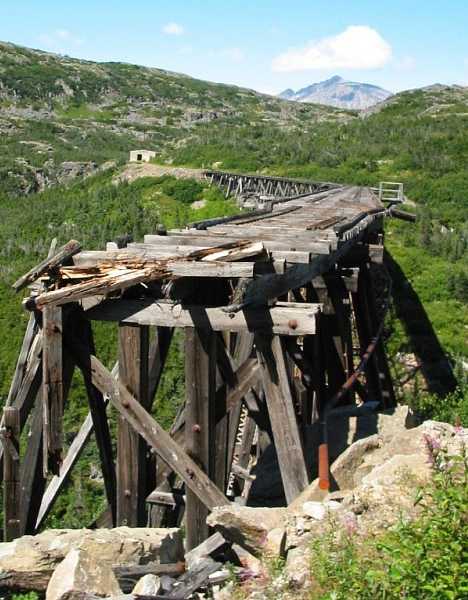 This isn’t the “After The Gold Rush” Neil Young was thinking of, though it’s almost as moving as the man’s music. As for the old Dead Horse Gulch railroad bridge and trestle, it must have been really something back in the late 1890s when wannabe Yukon Corneliuses rode the White Pass & Yukon Route railroad to the heart of the Klondike, chasing dreams of silver and gold. Full credit to Flickr user Heidi Andrade for bringing us the powerful and poignant image above. 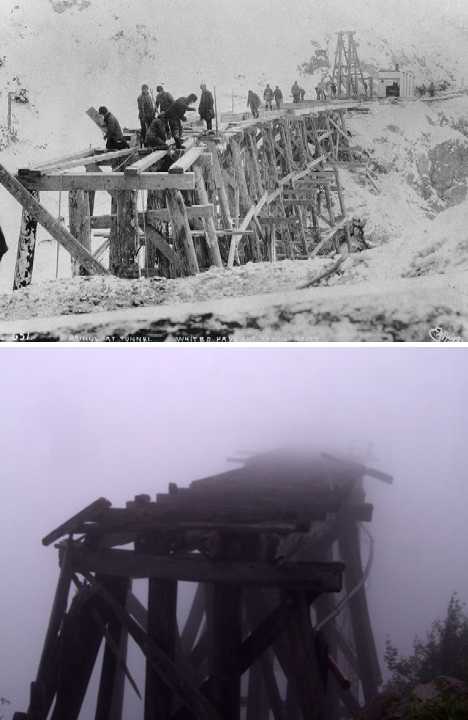 (images via: University of Washington and San Diego Jewish World)

Just check out the bridge being built in 1899! After 70 years of stalwart service, the old Dead Horse Gulch railroad bridge and trestle was bypassed in 1969 by a new tunnel and bridge designed to withstand the weight of loaded ore trains from the Faro lead-zinc mine, which opened the same year. The new bridge was just a stone’s throw from the old one, providing riders on the revived WP&YR Heritage Railway an awesome sight from their window seats, especially when the fog rolls in. 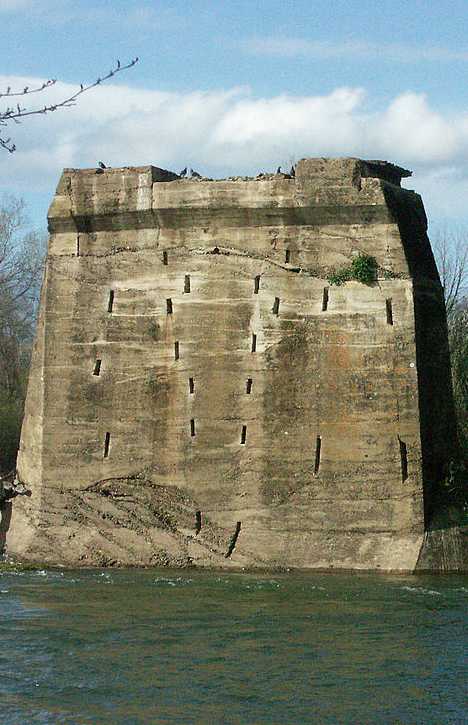 The monumental ruin above would look equally at home in ancient Mesopotamia or on a planet of enormous termites. Its true origins are actually much more prosaic: it’s an abandoned pier of the defunct California, Shasta and Eastern Railway. The 15 mile long shortline railroad shuttled felled logs and finished wood products from Bella Vista to Anderson, California. Oddly, the railway had fallen into a period of relative disuse by 1925 when then-owners the Red River Lumber Company invested heavily in pouring new concrete piers for the trestle across the Sacramento River. By 1937 the rail bed had been torn up and in 1946 the line was officially granted abandoned status. 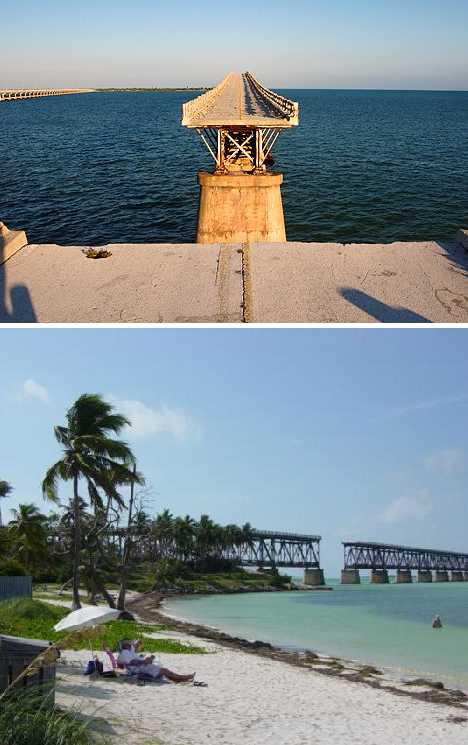 Just over 101 years ago and 7 years after construction began, the Key West Extension of the Florida East Coast Railway was finally completed. Dubbed “the Overseas Railroad” and “the 8th wonder of the world”, Henry Flagler’s dream was made real at the cost of $50 million and the lives of dozens of workers. The images above are of the Bahia Honda Rail Bridge connecting (until 1972) Bahia Honda Key and Spanish Harbor Key.

The Labor Day Hurricane of September 2nd, 1935 put the money-losing railway out of business with one blow, pardon the pun. Flagler’s innovative bridge construction techniques were not wasted, however, being quickly re-purposed into the 127.5 mile (205.2 km) long Overseas Highway that opened in March of 1938 (the Overseas Highway was substantially rebuilt in the 1970s and ’80s). As for the Bahia Honda Rail Bridge, it’s notorious gap wasn’t caused by storms or decay. Rather, two spans of the bridge were removed to accommodate boat traffic and discourage pedestrian use of the span… we reckon the remedy was remarkably effective on both counts.