The abandoned Atlantic Coastline Railroad trestle over the Tar River in Edgecombe County, North Carolina was once a vital component of the conveniently direct rail connection between the town of Tarboro, NC and Norfolk, Virginia. In those far-off days when train travel was both affordable and fashionable, the line shuttled visitors and vacationers to and from Oceanview and the Virginia beaches. 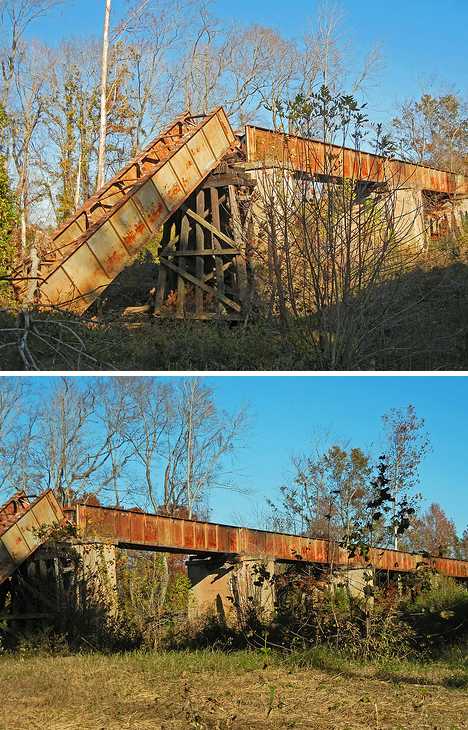 Props to Flickr user Watson Brown, aka EdgecombePlanter for these strikingly beautiful images of the now-abandoned and decrepit ACR trestle. The contrast of the rusty railroad infrastructure, the aged wood of the pilings and the radiant azure Tidewater sky is visually uplifting though the image content itself is somewhat saddening. 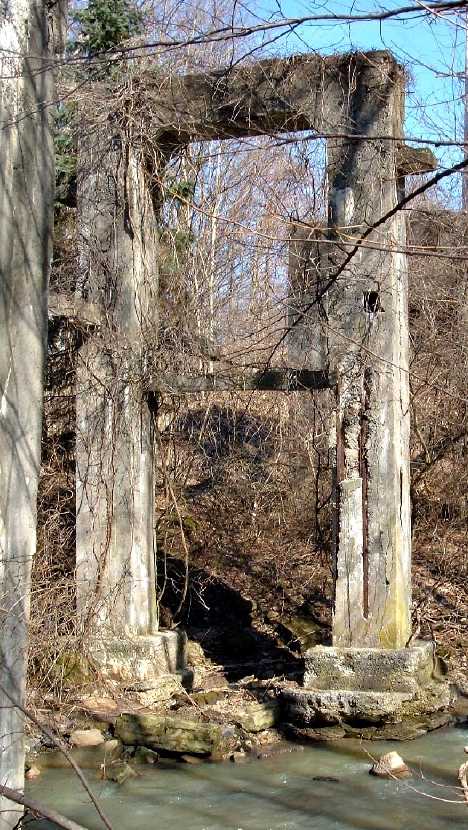 The Lake Shore Electric Railway (LSE) ran from Cleveland to Toledo, Ohio, in the early years of the 20th century. Originally supported by 12×12 wood beams standing on sandstone footings, a portion of the structure in Berlin Heights, Ohio was replaced in 1917 by a 183-ft long line of 6 reinforced concrete trestles standing 32 feet tall. The LSE went bankrupt during the Great Depression and though looking much the worse for wear, the abandoned concrete trestles in Berlin Heights still stand today. 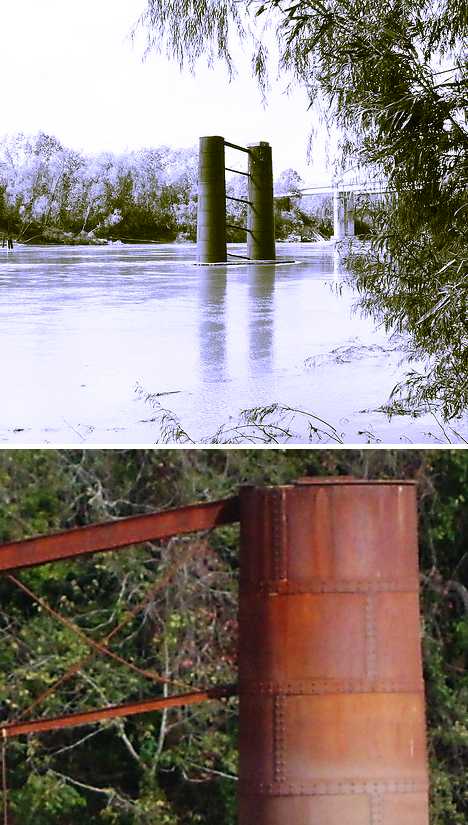 In 1915 a railroad bridge was built across the Brazos River at Simonton, Texas, to serve the San Antonio & Aransas Pass Railway. The bridge was destroyed when a log jam took out the western piers around 1950 and as the era’s taller trucks had trouble clearing the old trestle, the bridge was never rebuilt. 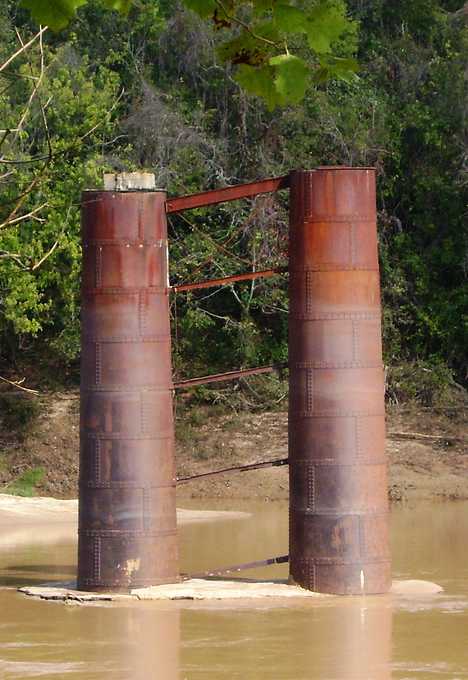 Money was never in abundance for the railroad industry once the era of the Robber Barons had passed and the full-metal-jacketed piers of the old bridge across the Brazos would cost a pretty penny to remove. Since they weren’t an impediment to navigation nor did they have any appreciable value once the cost of disassembling them was taken into account, the decision was made to let the trestle piers rust in peace… which they have, quite appealingly. Flickr user Patrick Feller chose the perfect day to capture the piers in situ, burnished to a warm hue by the unforgiving Texas sun.