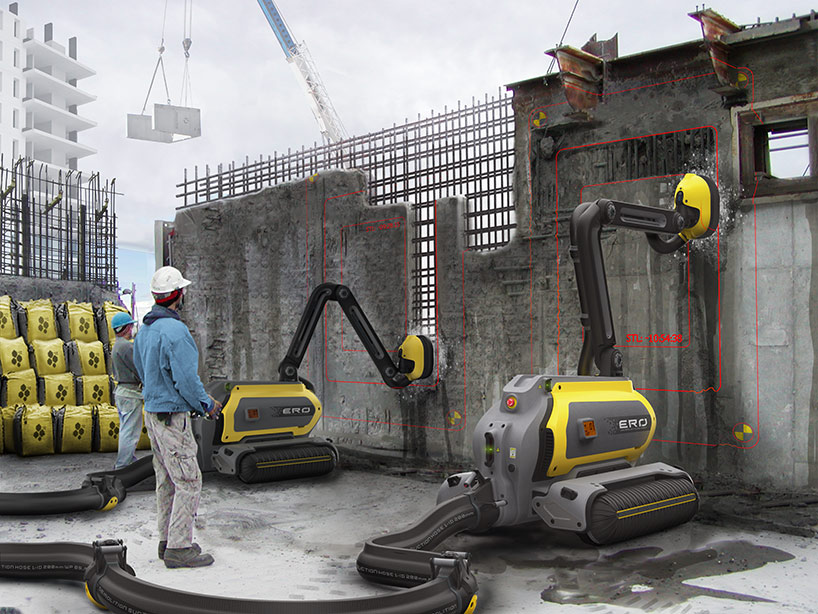 Whether the building is a bare-bones warehouse or five-star hotel, demolition is an equally messy business – but perhaps it does not have to be. What if demolition teams could precisely separate the component parts of the concrete forming the walls, floors and ceilings of a structure? 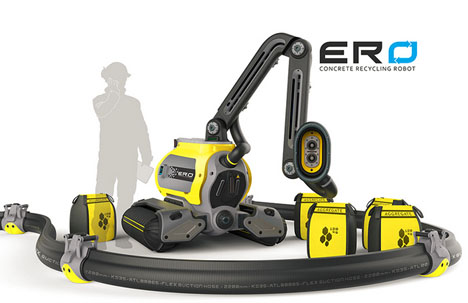 ERO is an award-winning robotic solution that strips concrete on-site and step-by-step, saving time, energy and copious amounts of water (used to reduce airborne particulates) in the deconstruction process. It parses the pieces back into cement, aggregate and water as it goes, literally erasing a building rather than demolishing it. 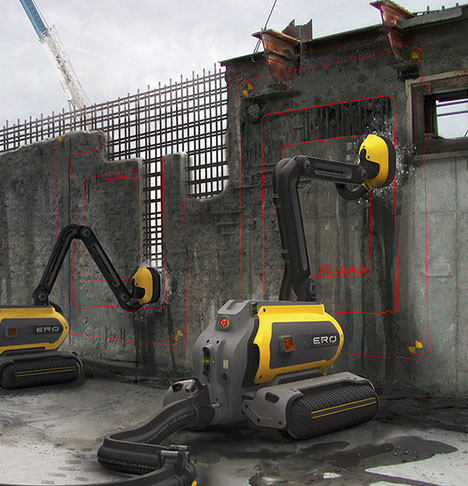 The robot scans sections and identifies the best ways to break them down into constituent parts for reuse or recycling. This approach switches the literal sledgehammer with a proverbial scalpel – the latter taking the form of a concentrated high-pressure water jet that cracks the concrete and allows it to be more carefully removed. 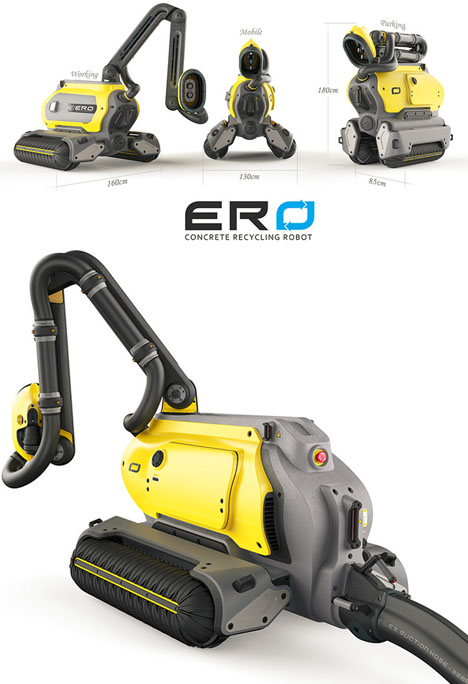 In the end, the graywater is reused, the particulates turned into aggregate for fresh construction applications and the rebar cleaned and sorted as well. This systematic recycling saves materials not just for future uses but also reduces waste along the way by mitigating the need to actively blanket the building demo site with water and saves time in terms of sorting through the rubble. 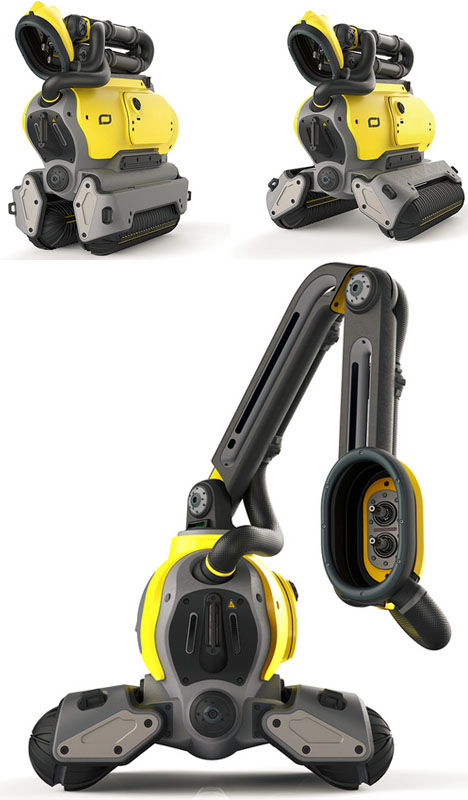 From the  2013 International Design Excellence Award (IDEA) awards page: “The challenge with this project was to separate materials concurrent with deconstruction. Concrete is usually reinforced with a metal mesh inside. Common techniques involve using brute force to pulverize the concrete, which creates a mixed mound of waste material that needs to be separated before it can be reused or sold as second-grade metal or as a filling material. In order to overcome later separation and ease the transport of materials, the process had to start with separation on the spot. It was a challenge to switch from brutal pulverizing to smart deconstruction.”