The bodega on the corner, your laundromat, the pawn shop down the street or the innocuous law firm entrance you pass on your way to work could be harboring secrets behind unmarked doors or bookcases. America’s modern speakeasies exist more for the thrill of discovery than hiding illicit activities, but you have to admit, it’s pretty fun to walk into a hot dog joint, enter a phone booth, pick up the phone and dial a number to gain access to an exclusive bar. All of these businesses hide behind unassuming facades, only to be found by people who are ‘in the know.’ 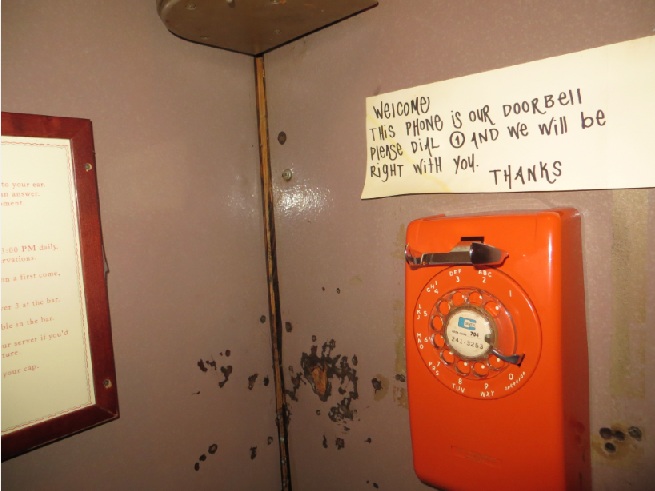 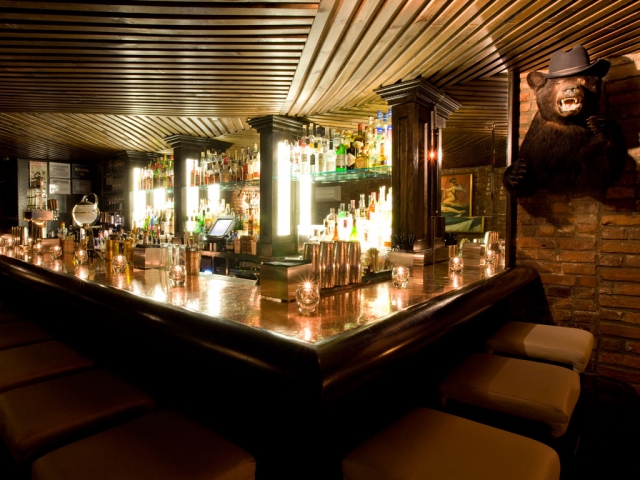 The novelty of an old-fashioned phone booth in a New York City hot dog joint is just the beginning of this strange and intriguing adventure known as ‘PDT’ (Please Don’t Tell.) If you enter the phone booth, pick up the phone and dial a certain number as directed by a small sign hung on the wall, you’ll be buzzed into a secret bar through the back wall of the booth. The bar has a classic laid-back speakeasy style complete with leather booths and taxidermy. 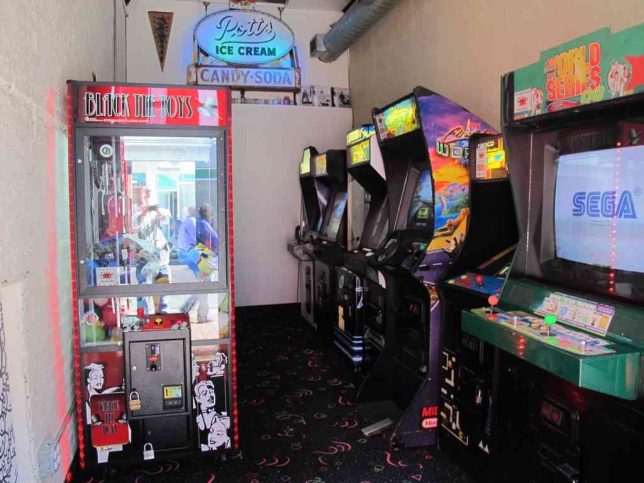 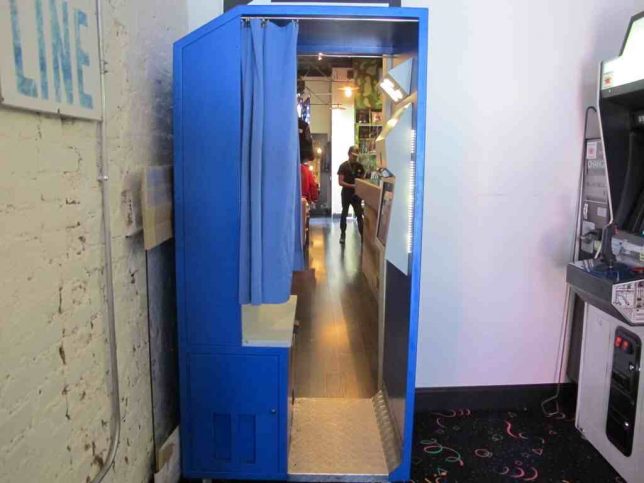 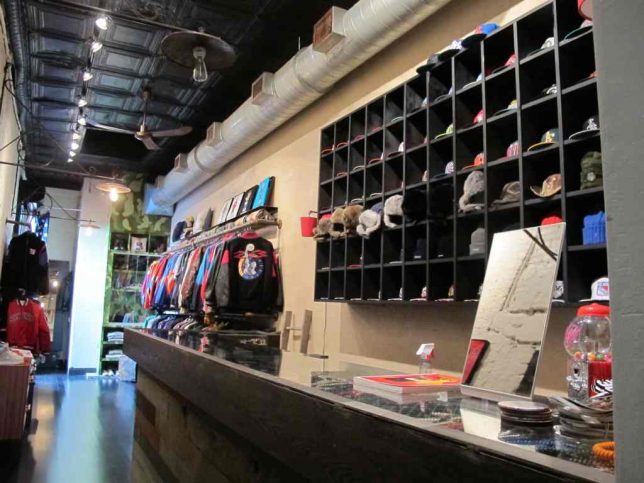 There’s nothing particularly exclusive about the men’s streetwear store hidden in the back room of an arcade, but maybe the secrecy of its location makes it feel a little cooler than it really is. To access Community 54, you step through the fully-functional photo booth at the back of the arcade. 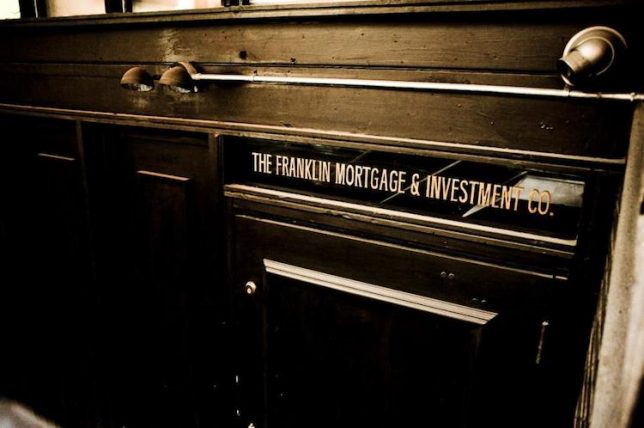 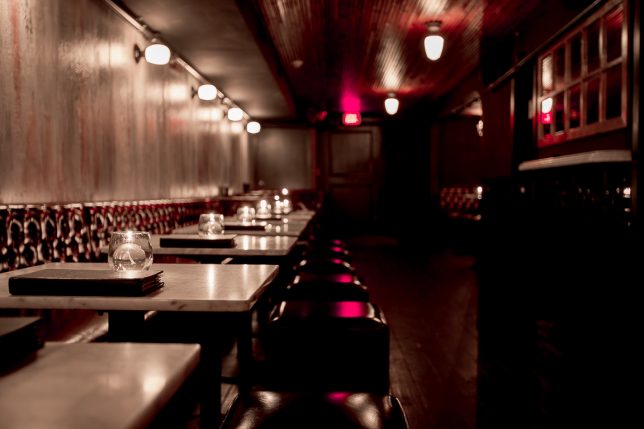 This is a real, actual speakeasy founded in the 1920s by legendary Philadelphia gangster Max ‘Boo Boo’ Hoff. Behind the front of the Franklin Mortgage & Investment Company was the country’s largest alcohol running ring during prohibition, more active than Al Capone’s operation. The end of prohibition clearly didn’t impact this speakeasy’s success, and you still enter through a nondescript mortgage company’s business front. 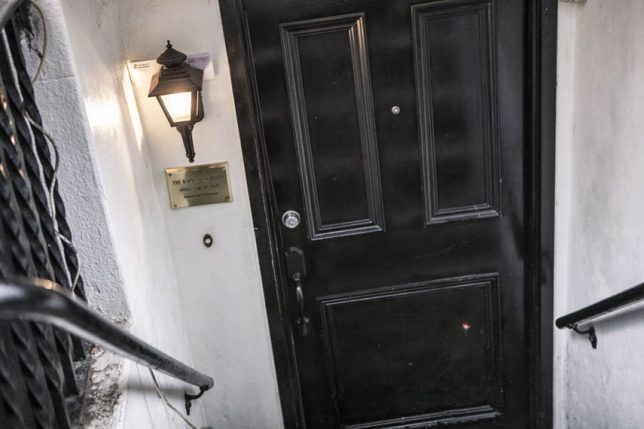 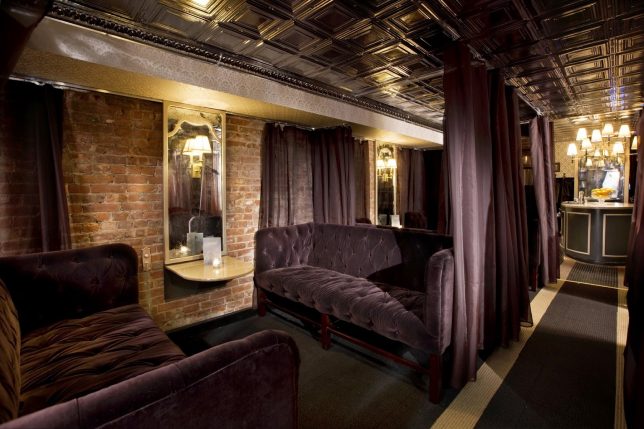 Another seemingly buttoned-up professional facade, the entrance to Raines Law Room in New York City betrays absolutely nothing of the speakeasy behind its door. Though, one thing that might make a passerby suspicious is the fact that on busy nights, there might be a line out the door to what is ostensibly a law firm’s office. To experience the thrill of the ‘secret’ entrance, make reservations online Sunday through Tuesday, when there will be fewer people around.