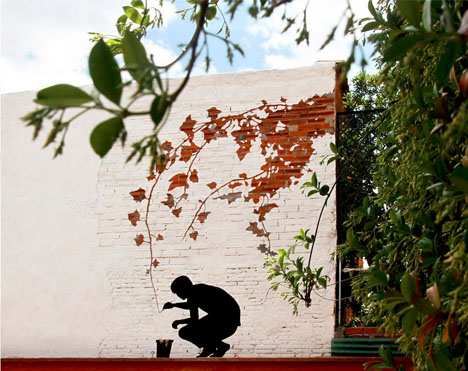 White wall frames cracked red bricks shaped like rust-colored autumn leaves, all trailing down to a black silhouette of a painter and his bucket – but looks can be deceiving, and this lovely mural was not made in the way you might first guess. 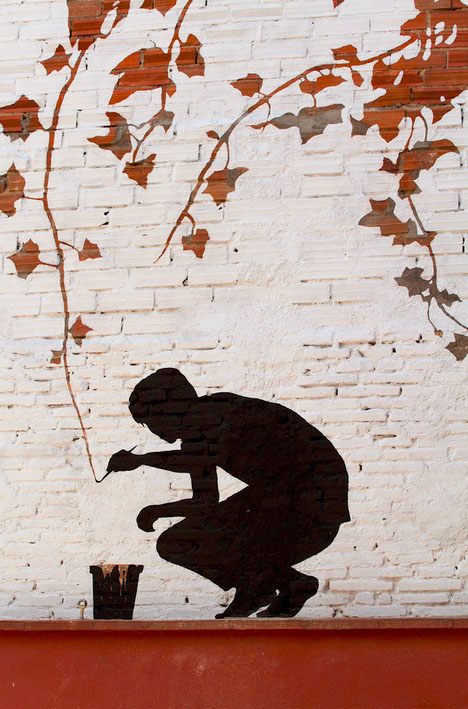 It looks deceptively subtractive at first glance, but Spanish street artist Pejac did not chip away at existing paint to create this piece. Instead, he carefully added layers around bricks he wished to shape, almost like a sculpture carving away at a rough block with a careful hand, revealing an object by removal. 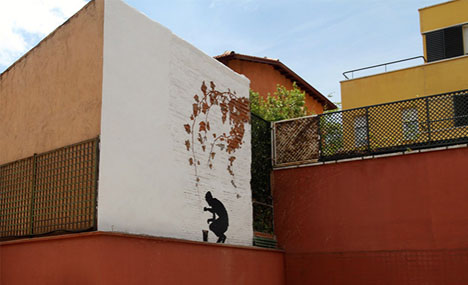 Thanks to careful site selection, the faux leaves and branches in the mural are visually tied both to surrounding greenery – they also related to the reddish surfaces of other nearby painted and brick structures. Meanwhile, the black figure at the base stands out against the colorful environs. 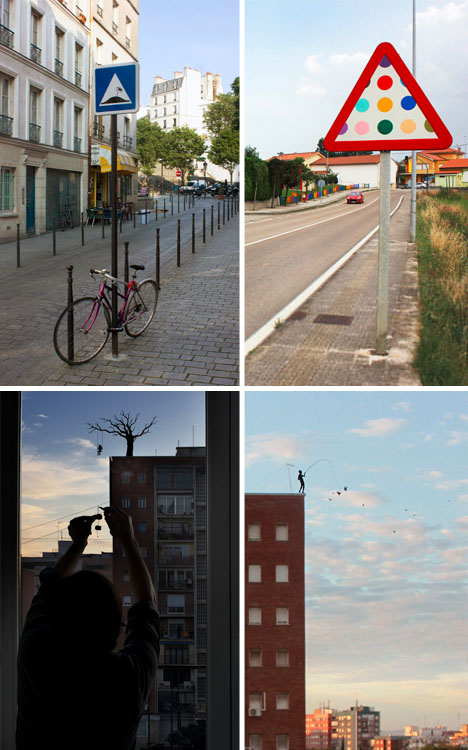