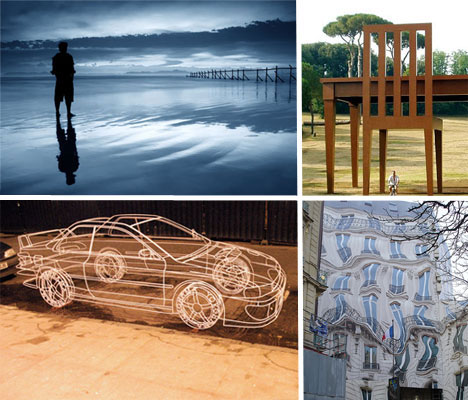 Photoshop has revolutionized design, photography and illustration to the point where any image that manages to capture something really amazing is quickly dismissed as fake. But, it is still possible to create jaw-dropping images without the help of a computer. Each of these 15 images may have you screaming “Photoshopped!” yet in fact, no digital tricks were used to create the amazing effects of seemingly impossible proportions, floating human heads, trippy Dali-esque melting buildings and more. 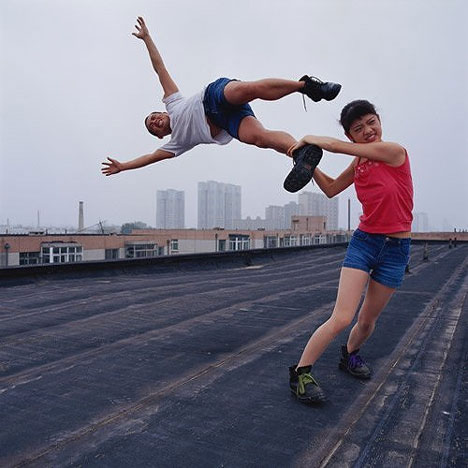 Li Wei’s action photos depict subjects seemingly unbound by silly things like gravity or the limitations of human strength. Li stages stunts that capture what appear to be moments of serious danger, like a man being kicked off a high rooftop or dangling from a steel beam at a seemingly impossible angle. Li’s methods involve a mix of props, wires, cleverly positioned cameras and acrobatics. 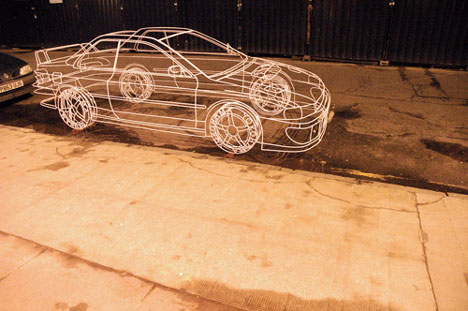 This isn’t a photograph of a street with a computer generated drawing superimposed on top. It’s an actual full-scale three-dimensional wireframe model created by artist Benedict Radcliffe. It was comissioned by Japan’s Dentsu Inc. for an ad campaign in the Middle East. Each of Radcliffe’s models, which also include a Lambourghini, is painstakingly crafted from welded 10mm steel tubes. 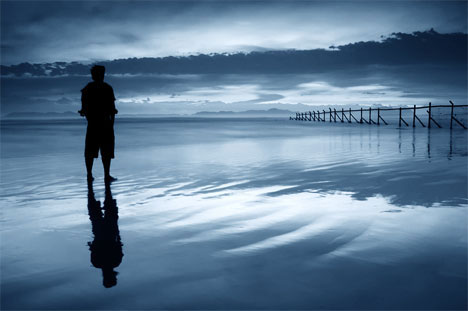 As far as we know, no living person has yet been able to actually walk on water. Yet, this photo seems to tell a different story. It’s all too easy to Photoshop a person onto a body of water, but ‘Infinite Possibilities’ by Philip Perold actually depicts an interesting reflection on the beach in Strand, Western Cape South Africa.

The Writer by Giancarlo Neri 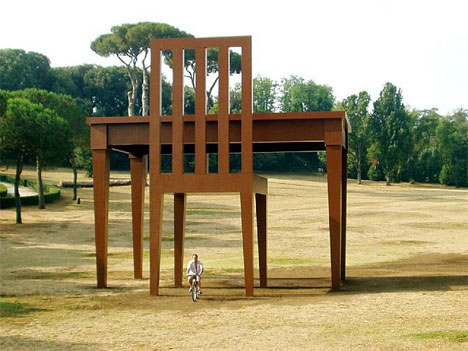 Okay, this one has got to be Photoshopped, right? Wrong. Though it may seem as if someone simply cut-and-pasted a tiny bicyclist onto a photo of a desk and chair, it’s the furniture that’s extraordinary. ‘The Writer’ is a monumental sculpture by artist Giancarlo Neri that was installed on Parliament Hill Fields in Hampstead Heath, England during the summer of 2005. 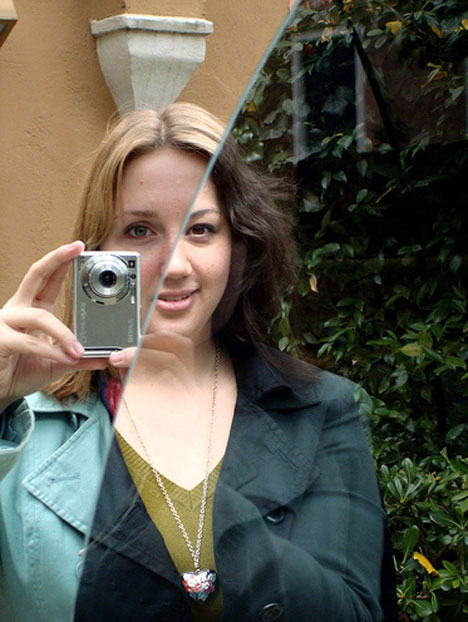 What looks like two photographs put together is actually a single, untouched shot taken by Emily, the blonde on the left. The left side shows a mirror, reflecting Emily’s image back to the camera, and at right is her friend Alisha, seen through clear glass. The ghostly hand and arm in the photo are part of Emily’s barely visible reflection on the glass.

A Cloud of Tea by Gilles Pinault 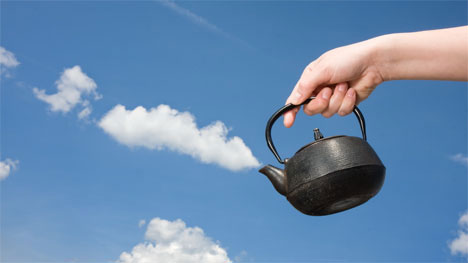 Sometimes, you just get the perfect shot by chance. In this case, a cloud in the background happened to be the perfect shape to act as ‘steam’ coming from a tea kettle. 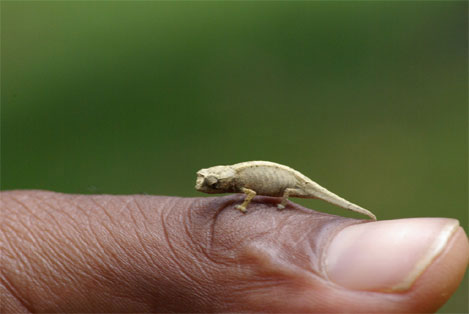 Many people seem unable to grasp the idea that a chameleon could really be this small, insisting that the photo has got to be a fake. In fact, this photo depicts the Brookesia minima, the smallest chameleon known to man. It measures just under an inch long. 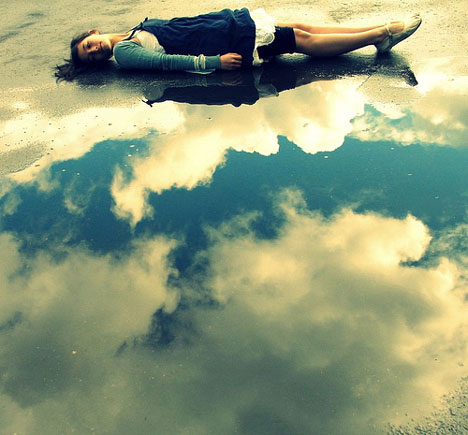 Some photographs just seem to beautiful to be real. Nikki Jane, a 14-year-old budding photographer, captured an intense reflection of the sky in a puddle in this self-portrait that makes it seem as if she’s floating in the clouds. 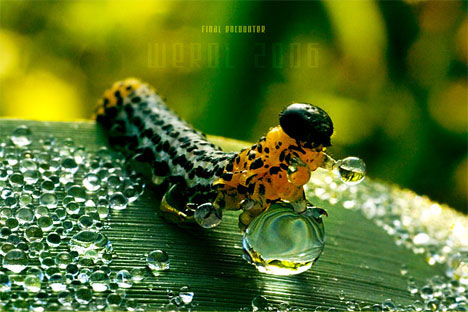 This macro image of a caterpillar gathering tiny dew drops as it travels across a leaf makes it seem as if the little creature is preparing for battle. It balances on a large dew drop and holds smaller drops with its feet as if about to hurtle them like weapons. 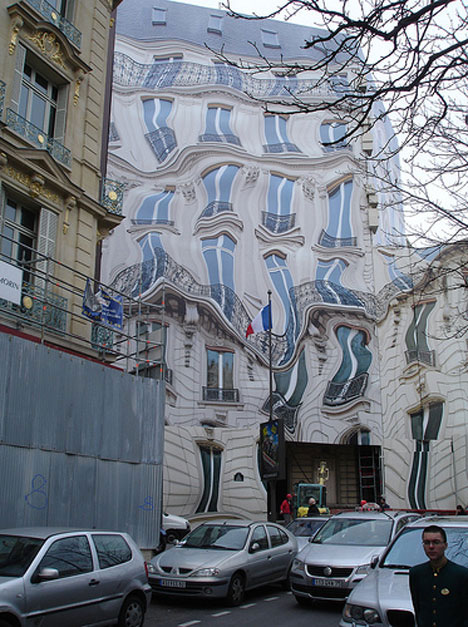 Walking past this building in Paris, you might rub your eyes and wonder if somebody slipped hallucinatory drugs into your drink. It’s not an illusion, it’s a trippy canvas façade placed over a building to hide ongoing construction. 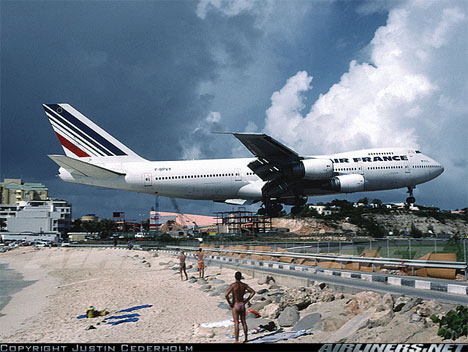 The airport runway on the island of St. Maartens is remarkably short, ending just feet away from Maho Beach. Since the runway is just barely long enough for jets to land, pilots have to fly extremely low, nearly clipping the fence as they descend. Tourists ‘relaxing’ on the beach often have planes pass a mere 30 feet over their heads.

The World’s Most Muscular Dog 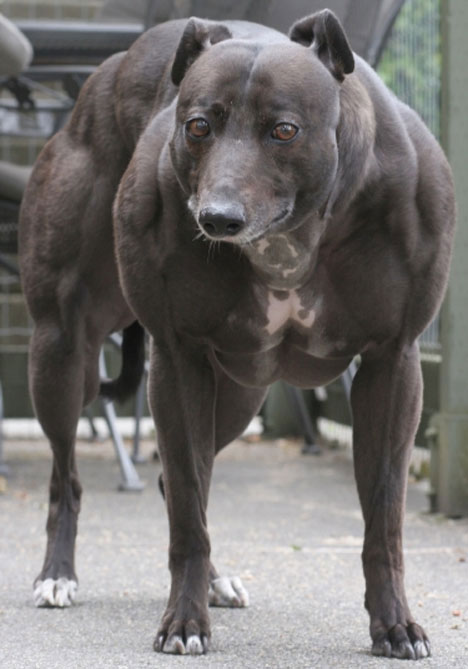 It seems like the result of a Worth 1000 Photoshop competition, or perhaps a sadistic dog owner who put their poor pup on steroids. But Wendy, a whippet from Central Saanich, British Columbia is rippling with muscle due to mutated genes. Breeders often try for one mutated gene because it makes whippets run even faster than usual, but Wendy here got two, hence the double muscle on her average-sized frame. 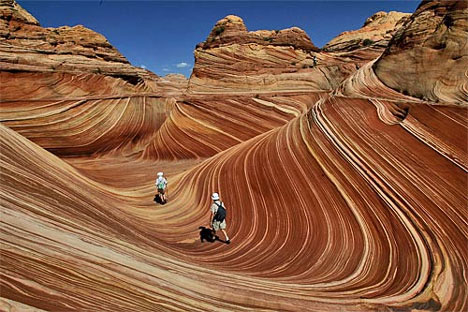 This incredible photo is a testament not to the capabilities of computer photo editing software, but the mind-blowing beauty of what exists naturally in our world. The ‘Wave’ formation in the Paria Canyon-Vermillion Cliffs Wilderness is made of Jurassic-era sandstone created when dunes calcified into rock. 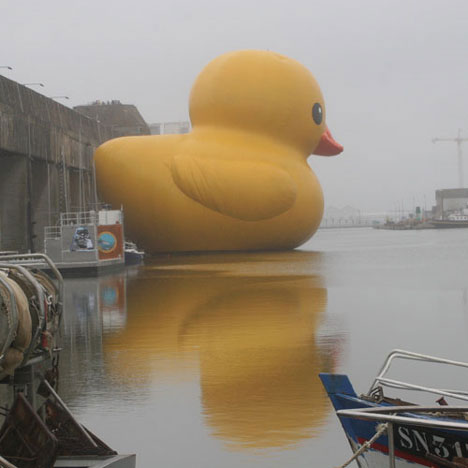 This gigantic rubber duck made a surreal sight as it floated along the Loire River in France in 2007. Made by artist Florentijn Hofman of inflatable, rubber-coated PVC, this giant ducky measured 85’ x 65’ x 105’. 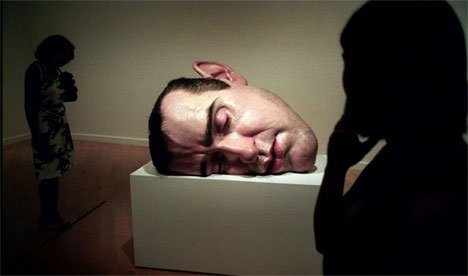 The realism that some artists are able to achieve is truly astounding. Ron Mueck creates sculptures that mimic human features down to the tiniest veins and skin imperfections, but each of his sculptures is made in an abnormally large or small scale. This seemingly detached human head is actually a self-portrait of the artist.