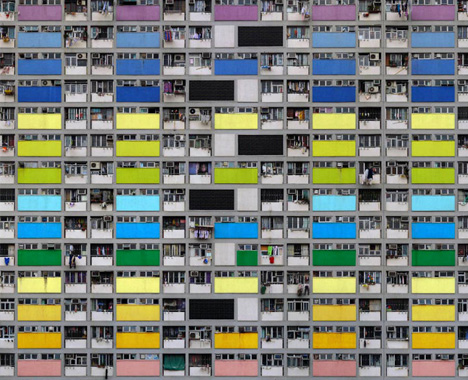 Twice as dense as New York, and four times as crowded as London, Hong Kong is a fascinating mix of natural landscape edged by incredibly dense human construction. 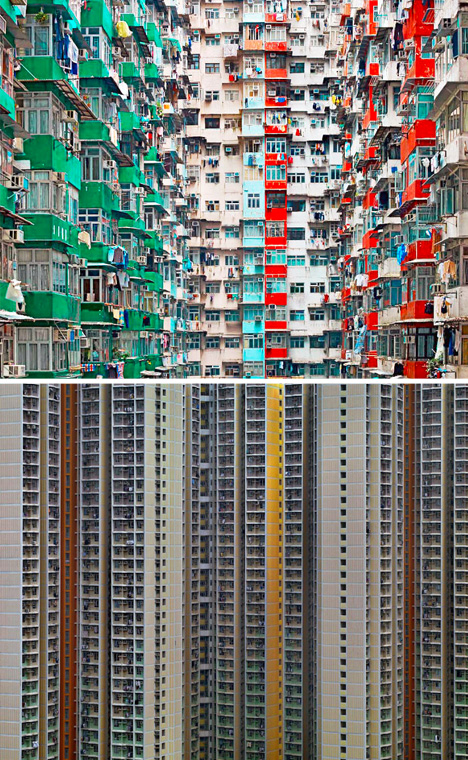 Michael Wolf, a German photographer, focuses on the latter, turning the vast structures of the city into strange stand-alone landscapes that show the enormity and relentless repetitiveness of this vertical urban environment. 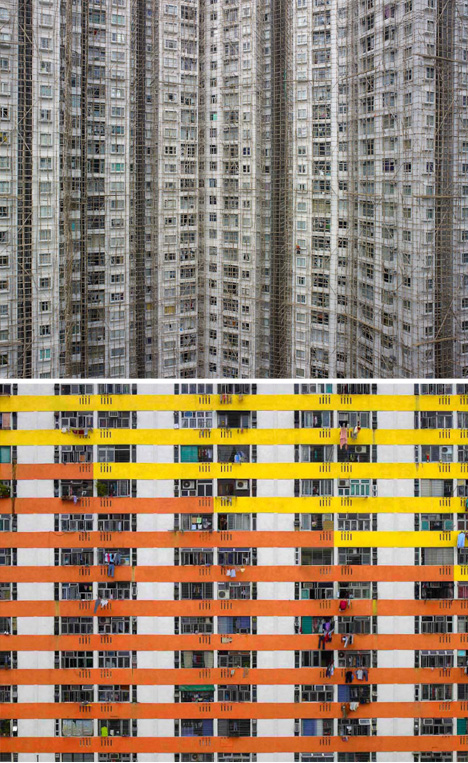 On the one hand, it is fascinating to see just how overwhelming the overarching rhythms of the buildings are when you take a broad view. At the same time, though, individuality begins to emerge as you zoom in and narrow the scope of your perspective. 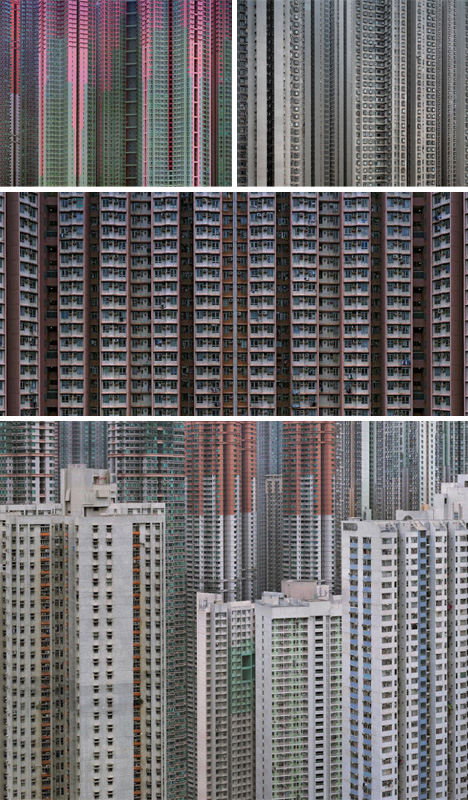 In his book Architecture of Density Wolf explores the patterns and scales of his new home city, testing different angles and distances while remaining focused on the sometimes-bleak yet awe-inspiring man-made side of this incredibly packed island. 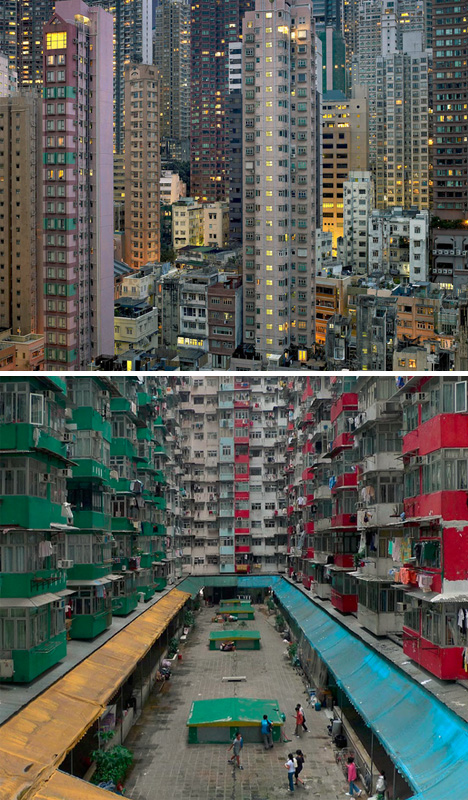 As his main series of photographs show (versus the scout shots directly above), attempts to distinguish scales through details and color seem almost hopeless against the large-scale monotony of it all. To be fair to its inhabitants, however, those upper-level images tell only one half of the story – visiting Hong Kong has many more dimensions than can be seen looking only from on high.