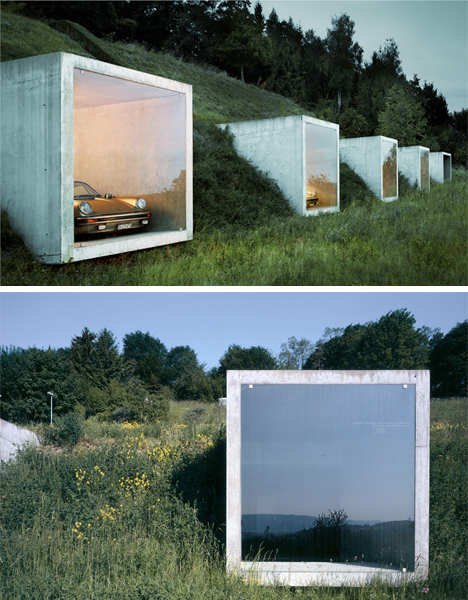 A symbol of the tense relationship between motor vehicles and nature, this garage built into a hillside in Switzerland features five concrete cubes that put the cars on display, let natural light pour into the cave-like facility and offer a view of the countryside.

Parking Garage of the Leipzig Zoo 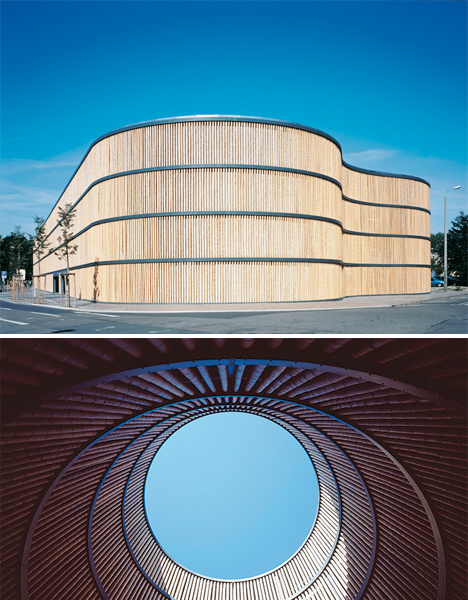 A light bamboo shade softens the garage of the Leipzig zoo in Germany, and acts as a reference to the world of exotic animals in the zoo. The bamboo also functions as a railing. 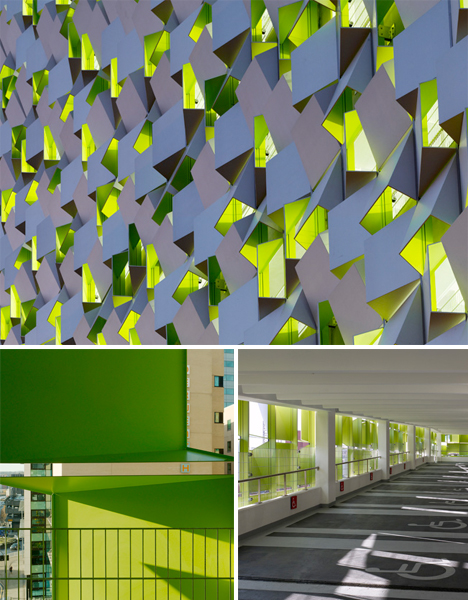 “The Charles Street car park acts as a large lantern at an urban scale,” write Allies and Morrison Architects of this facility in Sheffield, England. “The abstract and animated surface of its facade is composed of identical angled panels that are rotated randomly in four orientations. Each panel is made up of a single folded sheet of aluminum, painted green on the inside. Diurnal patterns of light and shade bring this functional building to life both internally and externally.” 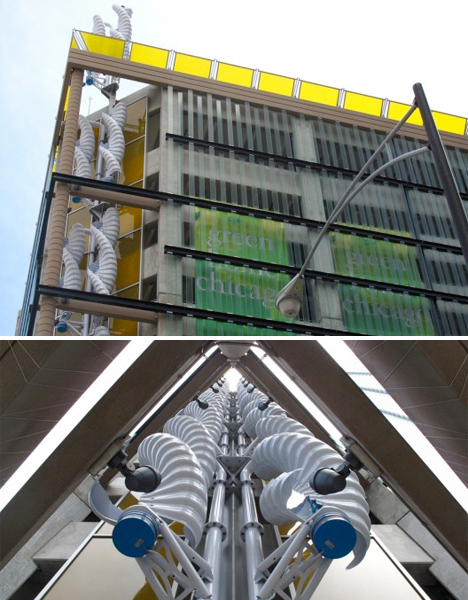 The dozen wind turbines attached to the external structure of the Greenway Self Park in Chicago are its most stunning feature, put on prominent display in one corner. The 11-story, energy-efficient parking garage also features plug-in stations for electric cars, a green roof and a cistern rain water collection system.