Splashed with bright buckets of paint from roofs and windows, the colorfully defaced buildings of downtown Johannesburg have evoked different reactions from supports and detractors who variously see this work as an act of protest or crime of vandalism. Before we delve too deep into the sides represented, keep in mind that Beware of Colour employed water-soluble paint in these interventions. 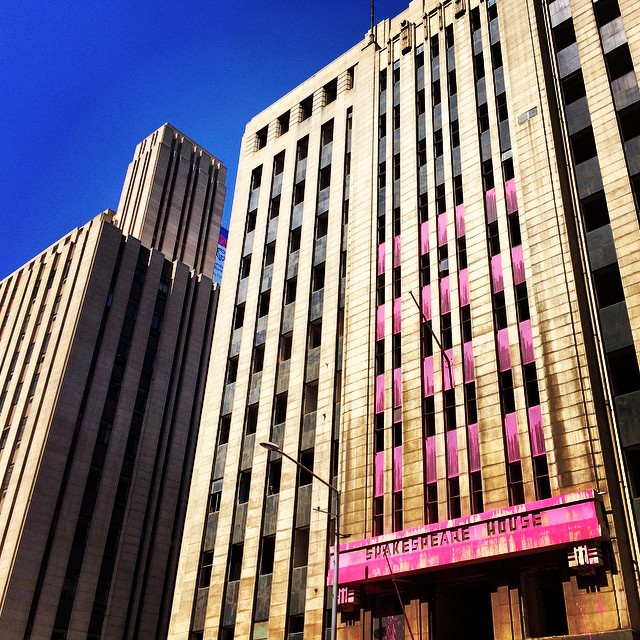 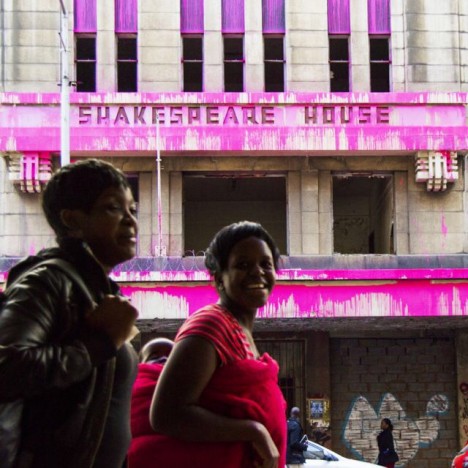 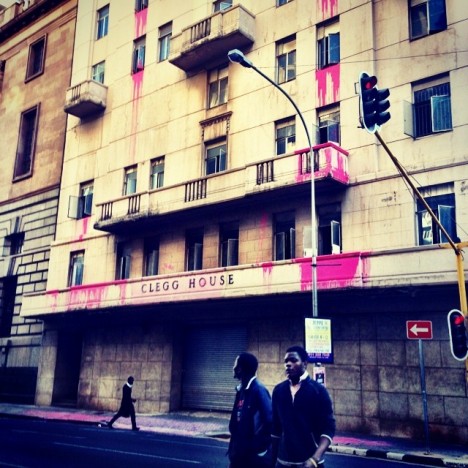 Colombian-American Yazmany Arboleda and the other artists behind the work note that all of the buildings targeted have been abandoned for decades despite a housing crisis – a fifth of the region’s population needs a place to live, currently dwelling in shanties or on the streets. Historic preservationists, meanwhile, decry the defacement and suggest that other methods could be used to raise public awareness of civic problems. 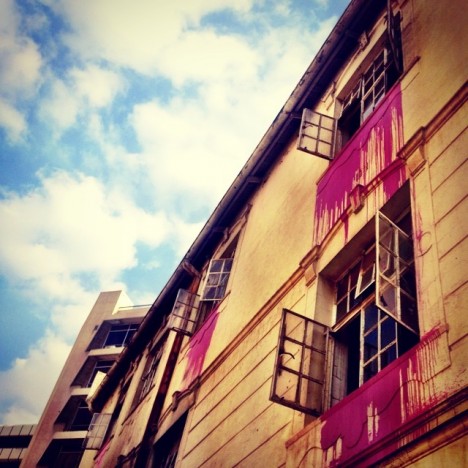 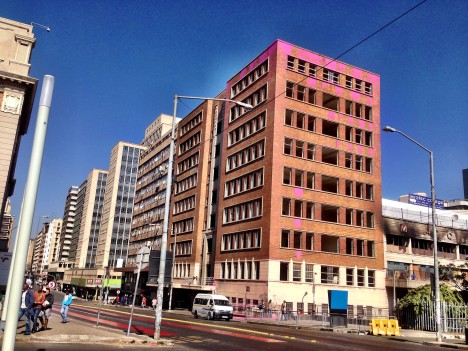 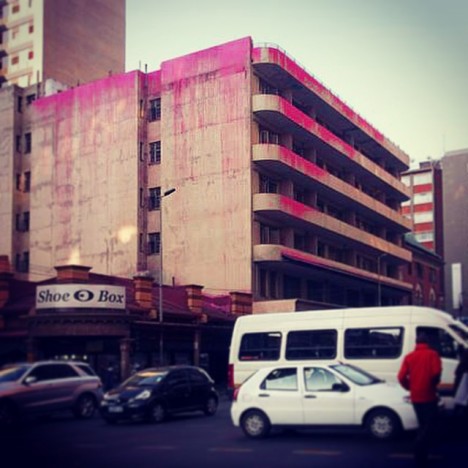 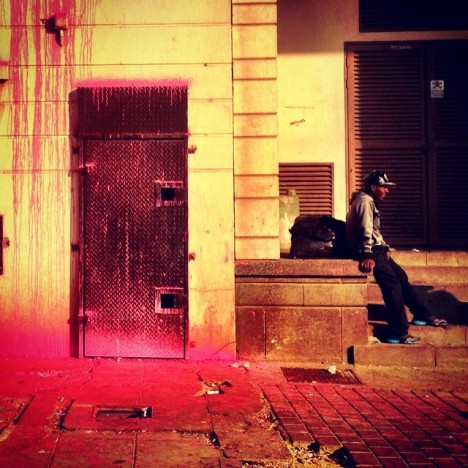 The case is more complicated, though, than either single viewpoint might suggest and the case for preservation is nuanced. As CityLab’s Ryan Lenora Brown points out, “appealing to history in contemporary South Africa is hardly a straightforward matter. Buildings like Shakespeare House were originally built for the exclusive use of whites, back when Johannesburg’s inner city was the center of one of the modern world’s most infamous projects of racial segregation …. The slumped and broken building has become a symbol for a different Johannesburg, one blighted by decades of white flight and municipal neglect.” 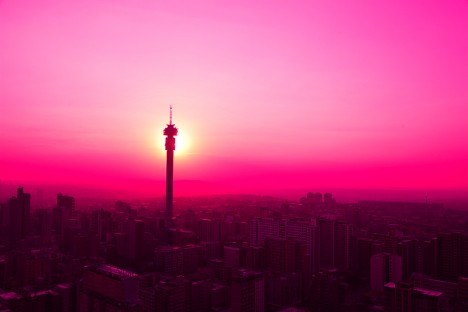 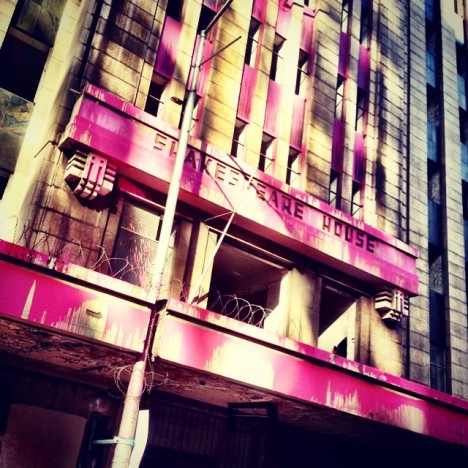 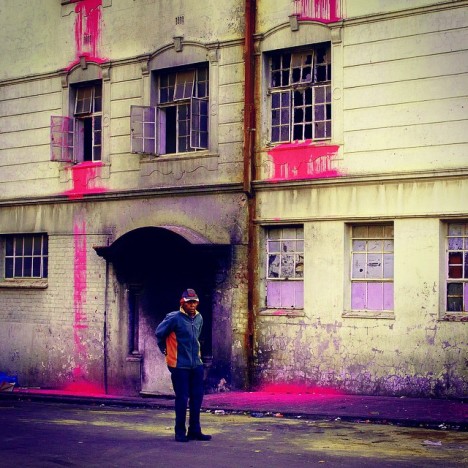 Arborleda was eventually caught with a crew of people and arrested for “malicious destruction of property” after being spotted entering one of the buildings on their list. This has, for now, put an end to this particular vintage of urban activism in South Africa. 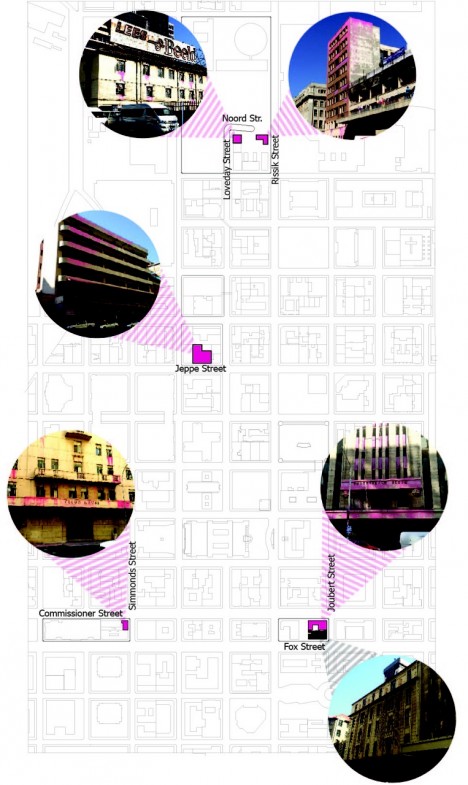 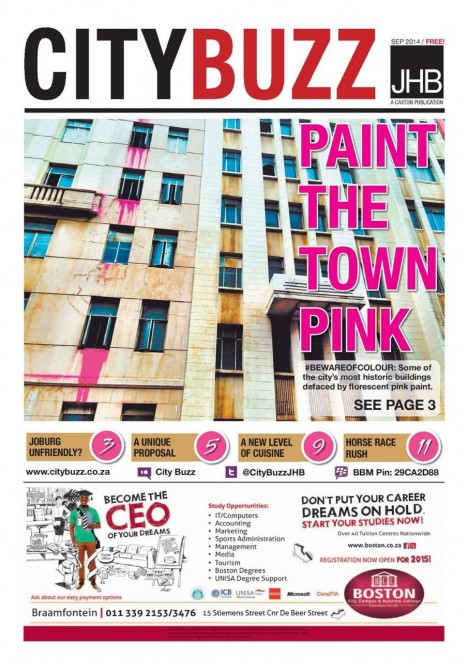 Most of the structures the 30-some artists threw paint upon are either owned by the city or by Urban Ocean, a development group with a significant number of centrally-located and historical holdings. It remains to be seen whether this project will make a difference in the course of the city’s development, or become just another piece in the area’s persistently puzzling blight.