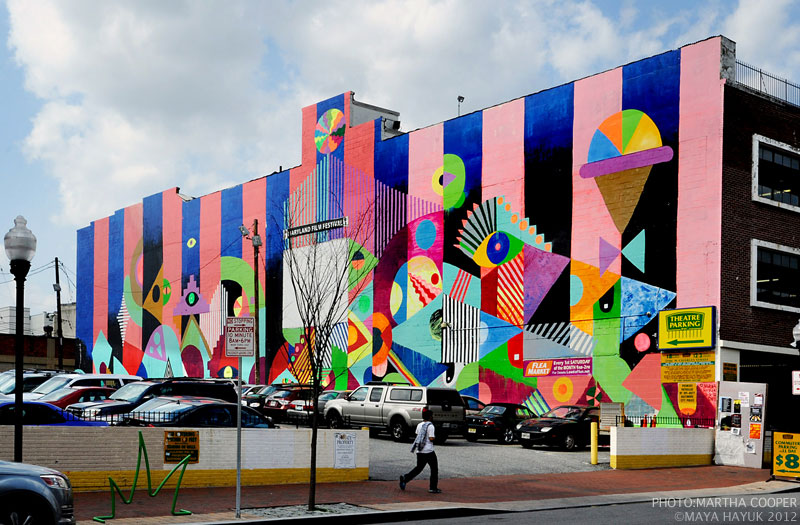 Striking geometric shapes in acid-bright palettes breathe life into gray urban spaces thanks to the signature style of artist Maya Hayuk. Often appearing perfectly symmetrical, her work seems to be planned and painstakingly designed well in advance, but it’s often created spontaneously in response to the feel of the chosen setting. 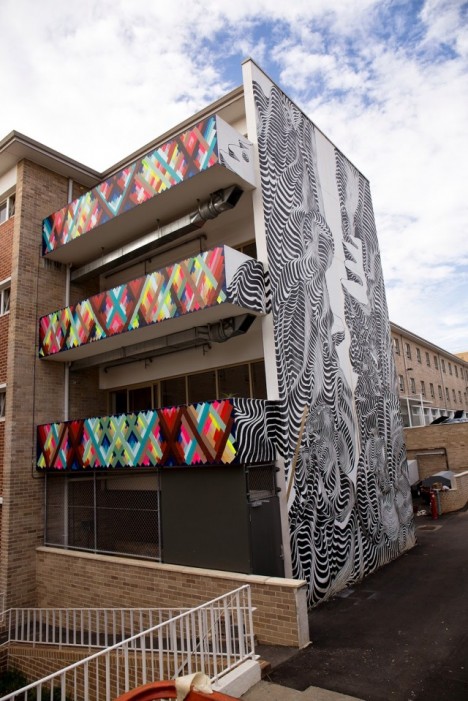 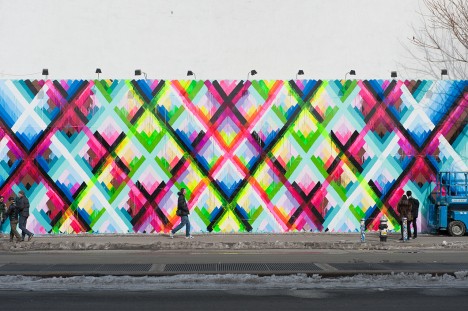 Precise lines in rainbow fluorescents converge into chaotic arrangements of geometric shapes, interspersed here and there with more organic imagery like human eyeballs. Look into one of Hayuk’s kaleidoscope-like creations long enough and you’ll start to notice little eccentricities, like sharp-toothed creatures, hiding in the mix. 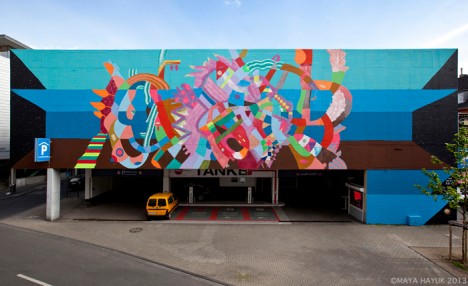 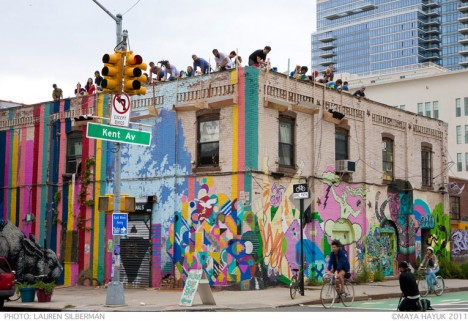 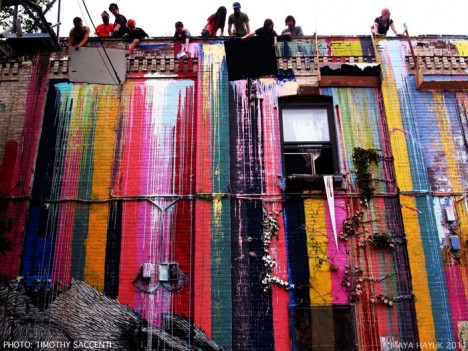 According to her bio, Hayuk is inspired by popular culture, Ukrainian handicrafts and advanced painting practices “while connecting to the ongoing pursuit of psychedelic experience in visual form.” It’s safe to say she achieves this effect, each massive mural looking trippier the longer you stare at it. 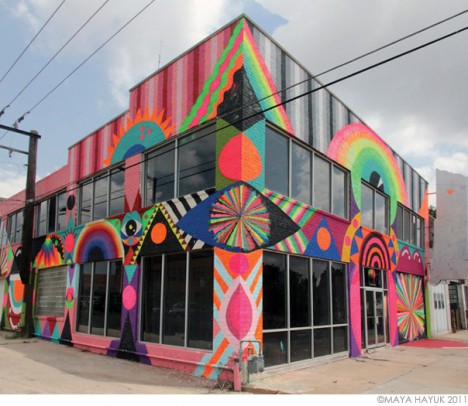 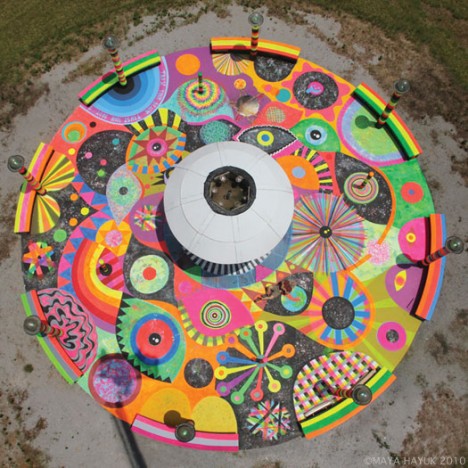 In addition to large-scale murals located all over the world, Hayuk paints works on canvas and collaborates on a range of other creative projects, from fashion to music videos. In an interview with Cooler, Hayuk says “I listen to a lot of music while I work, there are a lot of repeating patterns in my art and in music. I also found it exciting to help create an object that empowers the person holding or carrying it. I do believe in this kind of magic.”