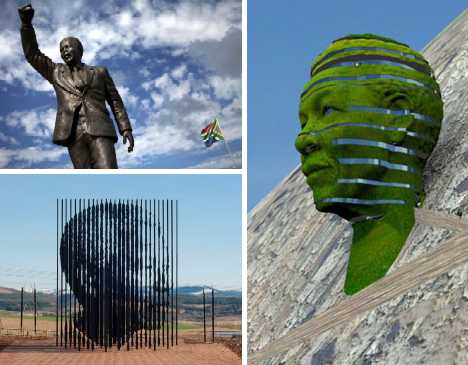 Though Nelson Mandela’s passing will spur the creation of memorials worldwide, a number of larger-than-life tributes are already extant or planned.

The Nelson Mandela Sculpture in Howick KwaZulu-Natal was inaugurated and unveiled by South African President Jacob Zuma on August 4th, 2012. Artist Marco Cianfanelli was commissioned to create the sculpture in time for the 50th anniversary of Mandela’s capture by police in 1962, after which he was imprisoned for 27 years. 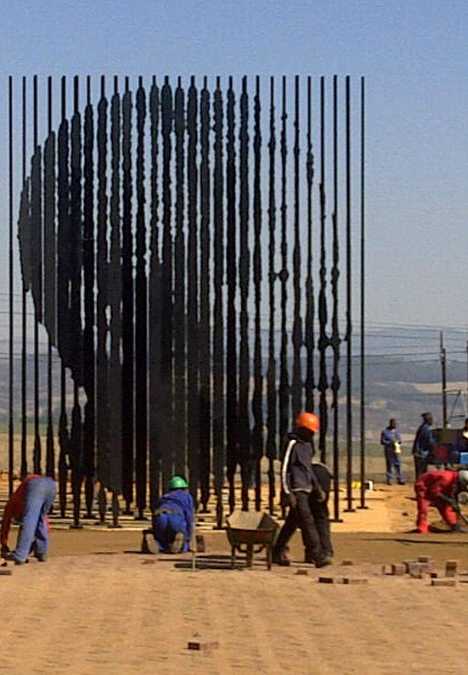 The sculpture comprises 50 metal columns ranging in height from 5 to 10 meters (16 to 33 ft). Visitors can only discern the portrait of Mandela at a point 35 meters (115 ft) away from the front of the sculpture, signifying the fact that Mandela, dubbed “The Black Pimpernel”, was able to elude authorities for 17 months after his arrest was ordered.

In June of 2013, a strikingly styled statue of Nelson Mandela was unveiled and unlike other Mandela statues on display around the world, this one depicts the famed freedom fighter as, well, a different sort of fighter. Situated in front of the Magistrate’s Courts in Johannesburg, the 5 meter (16.5 ft) tall steel statue by Marco Cianfanelli depicts Mandela in his younger days when he was known mainly for his skills in the boxing ring. 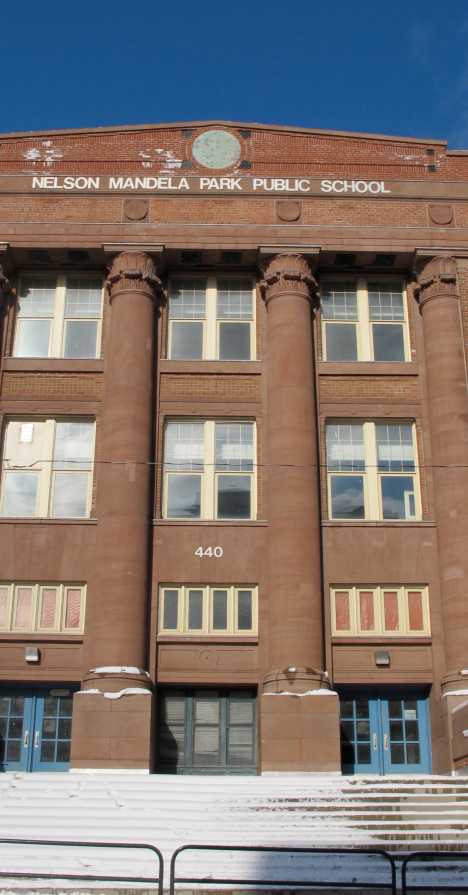 Built in 1917, Toronto’s Park Public School underwent a multimillion dollar renovation that included the school’s name being changed to Nelson Mandela Park Public School. Much of the structure’s imposing architectural elements and Beaux Arts detailing both inside and out were retained in the renovation while students learn the reasons why their school, located so far from South Africa, was named for someone whose fame knows no national boundaries.

Located in in downtown Toronto’s Regent Park neighborhood, the school’s official renaming ceremony on November 17th of 2001 was attended by none other than Nelson Mandela himself. Mandela took time out from his third trip to Canada (during which he accepted honorable Canadian citizenship) to visit the school named for him and spend time with some of the students. 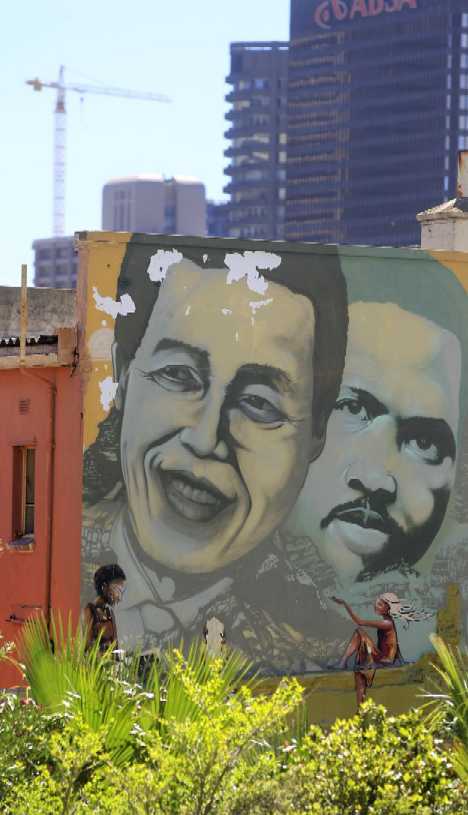 The epithet “man of the people” suits the late Nelson Mandela more than most who’ve been casually dubbed as such, and his accomplishments are perhaps greatest treasured by the lowest levels of South African society. Here in one of Cape Town’s rougher neighborhoods, a well-worn mural depicts anti-apartheid freedom fighter Steve Biko alongside a younger Mandela.