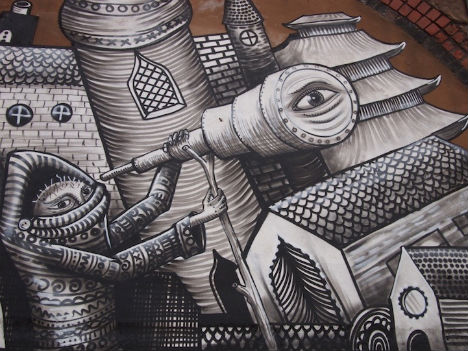 Street artist, cartoonist and comic book creator Phlegm is known for his signature illustrative black-and-white style, which he has translated from the page to large-scale murals in run-down public areas. The Sheffield, UK-based artist recently completed some stunning floor-to-rooftop street art, including ‘Whale of a Time’ in the Riverside carpark in Rotherham. 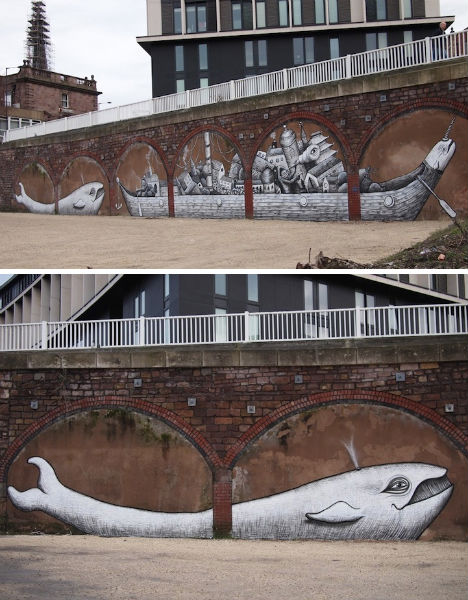 Self-publisher of a highly sought-after comic book called simply ‘Phlegm Comic’, the artist has enlivened many a sad urban surface with painted works that mimic his pen-and-ink drawings. 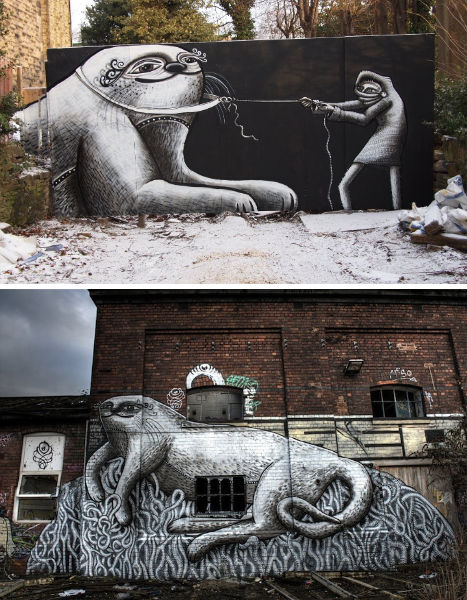 Phlegm says he felt a bit disillusioned after getting “sucked into the art machine”, working for other people and taking part in gallery shows, but is back on track now with “a policy of everything from my own hand”, determined  to screen print and customize all of his own art, selling it in small affordable editions. 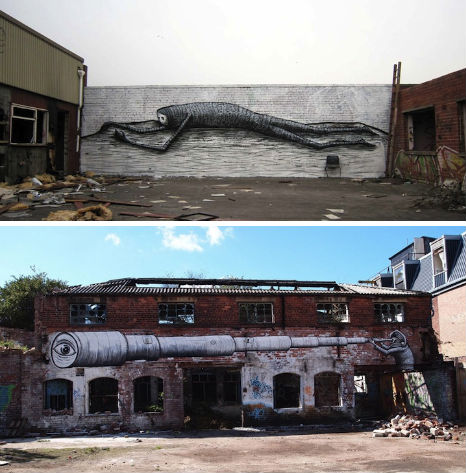 “Over the past three years or so I’ve really been confused about art. I got into all this through a love for self publishing and diy culture. I had many many issues with the ideas of value, status and ownership after i left university. Self publishing and painting unloved walls and buildings bypassed all these worries and left me free to enjoy working.” 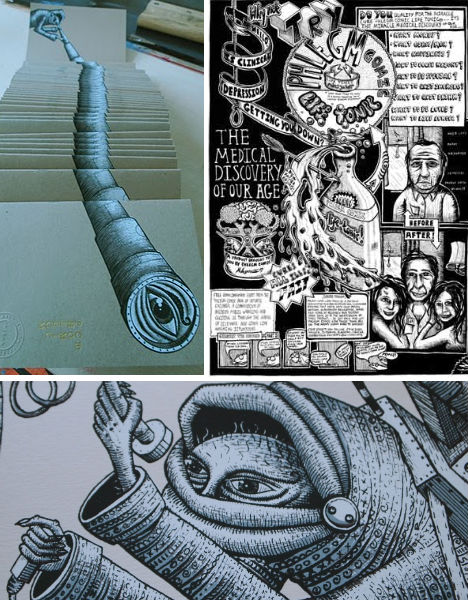 “At least for the foreseeable future i don’t feel the need to do shows. A comic is like a show but much more personal, instead of making you walk around a white room somewhere i get to write your name on an envelope and send the work straight to you where you can contemplate it in your own time.”