In a culture without tipping, one Japanese waiter began to realize that customers were expressing their gratitude in a subtle (and in some cases even unintentional) way, by folding the sleeves in which their chopsticks came wrapped. 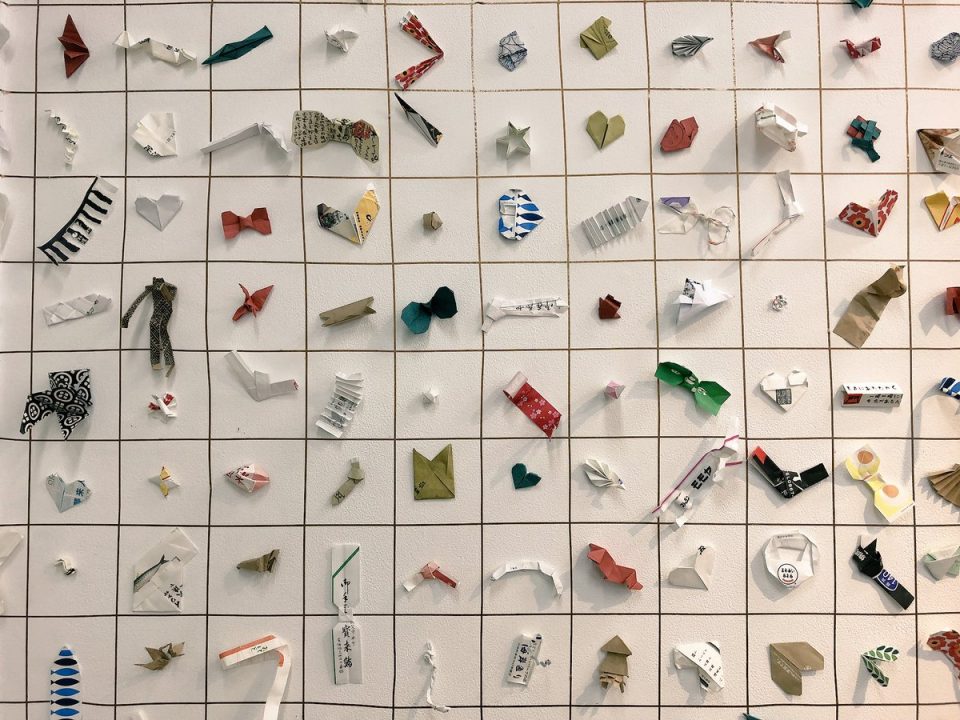 In 2012, Yuki Tatsumi began to collect these into a set he would come to display and call Japanese Tip. He started at the establishment in which he worked, then branched out to other restaurants around Japan to gather over 10,000 examples of all kinds. 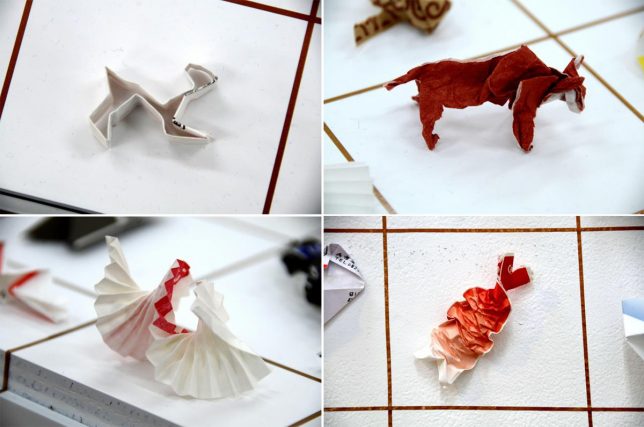 Finally, half a decade later, he staged an exhibition of his collection in Tokyo. The variety is remarkable, from complex origami-style works to shredded and otherwise deformed sleeves. 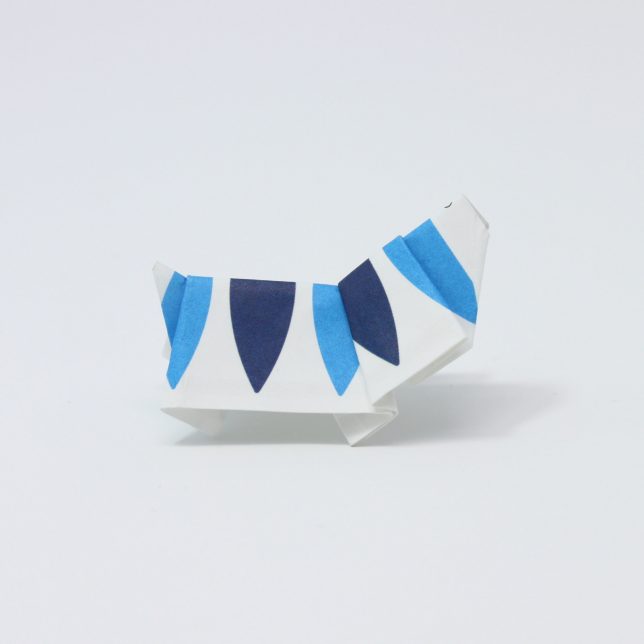 The results show various degrees of conscious and subconscious effort by patrons. Meanwhile, the variety of materials, colors and designs from different sleeves also lends complexity to the collection. 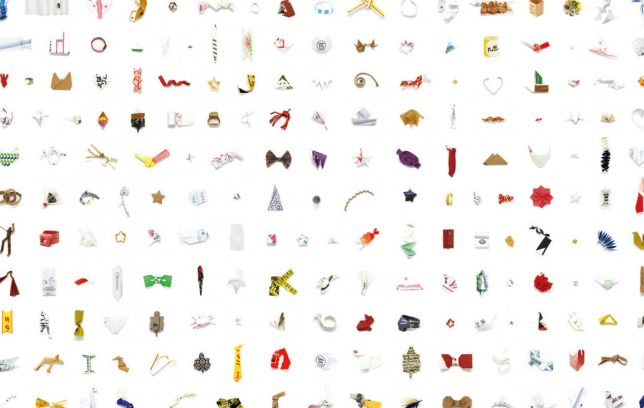 “Japanese Tip is a project between restaurants and customers,” says Tatsumi of the project, “to communicate the ‘appreciation for food’ and ‘appreciation of the service’ by using the most common material used at any Japanese restaurant.