His photographic manipulations are uncanny, creating bizarre effects and optical illusions, all while remaining highly realistic and (perhaps most impressively) quite true to the original real-life source material. 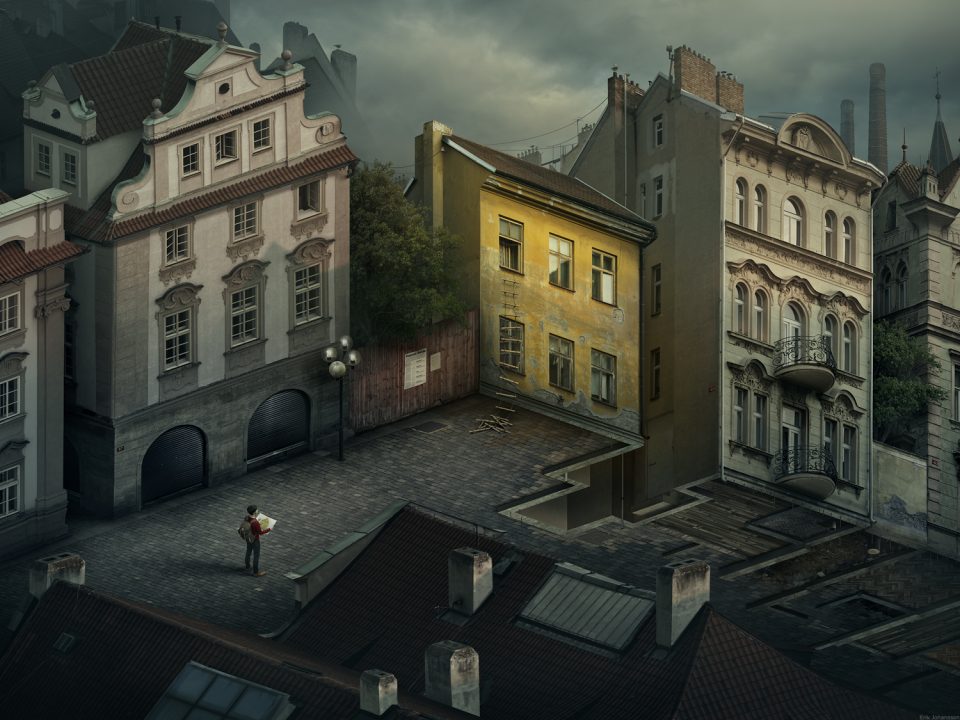 By working from actual photographs, Erik Johansson manages to capture but subvert everyday built environments. Take Under the Corner, for instance, a photo montage he worked on for months.”I shot all the buildings in Prague,” he explains, and “combined the photos using Photoshop. No CGI or illustrated elements.” 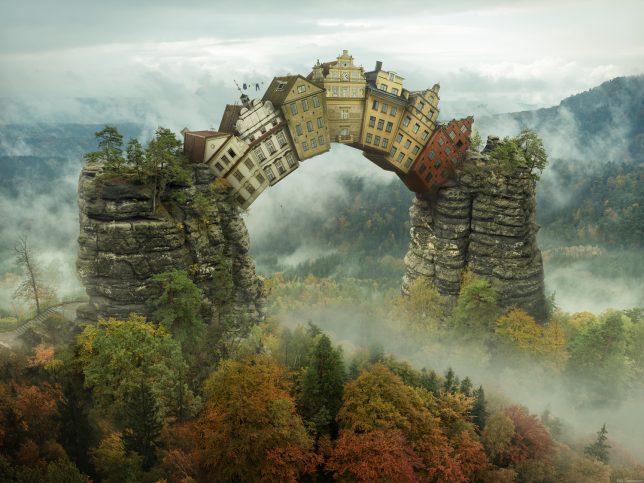 He also spent a long time with one of his latest works, Self Supporting, which he says was an “idea I’ve been carrying with me for a long time. I find the structural properties of an arch interesting, where each part is supporting the other. If you remove one it will all collapse but as long as the structure is untouched it will remain strong.”

The landscape for Self Supporting was shot in Bohemian Switzerland in the Czech Republic and the houses were photographed in Prague and Stockholm. One of the constituent structures is shown above. “The sketches start very simple but over time become more detailed.” He sometimes uses SketchUp to model his ideas, but says they also get reshaped by the source material he photographs.

Full Moon Service is about as surreal as the come, but there is a surprising amount of reality baked in per the behind-the-scenes video above. “I brought out 7 rice lamps, 7 light bulbs, an electric generator, a car and two models out in a field” in Sweden, recalls Johansson. It still required some magic, though. “The main part that has been retouched in this photo is to replace the rice ball with a moon texture, the light and the mood was very close to what you see in the photo.” 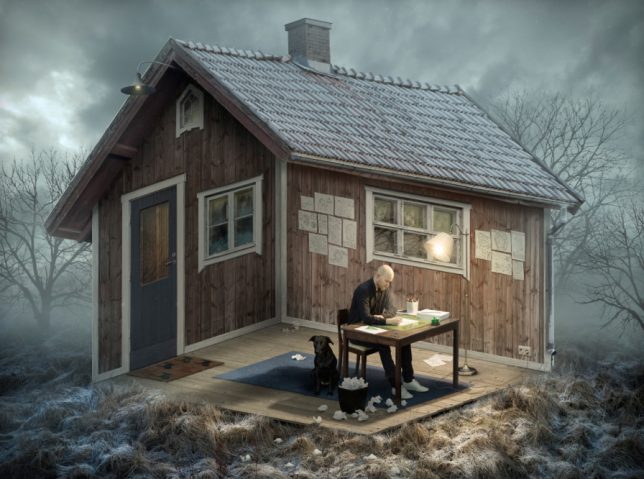 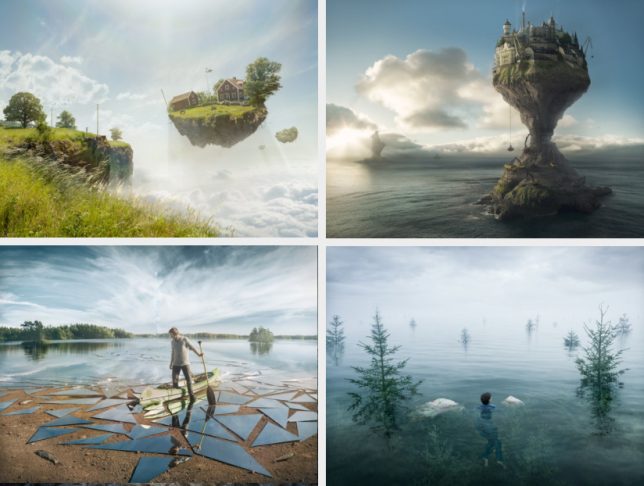 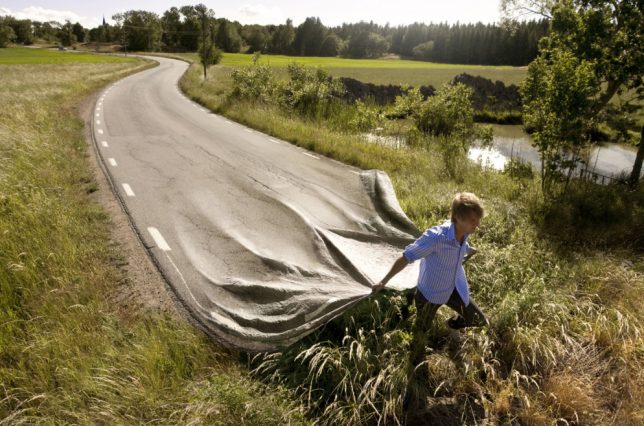 More from the artist’s website: “Erik Johansson (born 1985) is a photographer and image creator from Sweden based in Prague, Czech Republic. His work can be described as surreal scenes created by combining different photographs. Erik works on both personal and commissioned projects with clients all around the world. In contrast to traditional photography he doesn’t capture moments, he captures ideas with the help of his camera and imagination. The goal is to make it look as realistic as possible even if the scene itself contains impossible elements. In the end it all comes down to problem solving, finding a way to capture the impossible.”