Danish firm BIG Architects has a feasible strategy for converting four iconic smokestacks in the center of London into a series of gigantic pedestrian-powered Tesla coils. These would be the tallest of their kind and their visual effect would be nothing short of stunning, generating arcs of energy to bridge between the 300-foot-high towers at predetermined times. 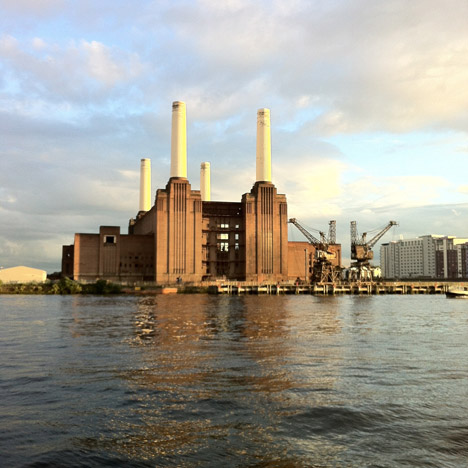 Bjarke Ingels Group was commissioned to create a sizable public plaza space adjacent to the disused building as part of a larger redevelopment plan, but announced during a lecture that they had much larger design ambitions in mind. Going public with this plan may have come as something of a shock to their client, who had not yet be apprised of the scheme. In defense of the architects: they wished to make sure what they were proposing was actually possible before any announcement. “We’re working with experts in Tesla coils, looking into how to incorporate it into the chimneys so essentially we might celebrate the transformation from carbon footprint to human footprint.” 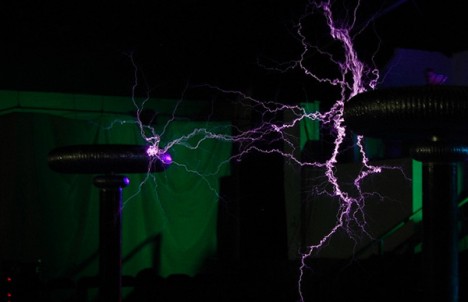 Currently, the world’s largest Tesla coils are in the 100-foot-high range, so depending on how much of each tower was turned toward this function, these could conceivably become the tallest coils ever constructed (in addition to being the highest-reaching). 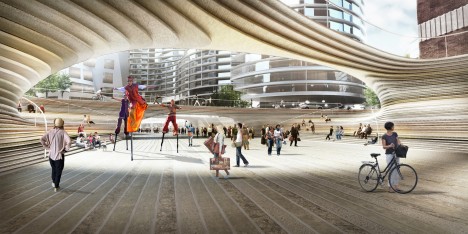 Piezoelectric pavement would slowly generate energy from those passing through the square (estimated at 50,000 people per day), which would be collected and deployed in periodic bursts. “We imagine it like Big Ben, when the clock strikes the hour, we can have this celebration of human energy and human life.” 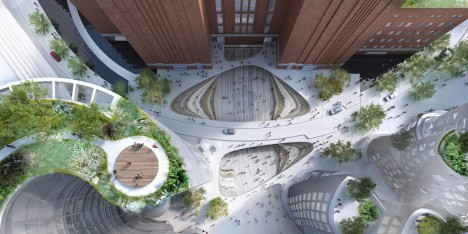 The two pairs of towers are extremely tall relative to their surroundings and arguably an iconic part of the neighboring urban landscape, jutting up out of a power plant complex that is nearly a century old. The Battersea Power Station will be rebuilding the chimneys regardless, so it is just a matter of whether they will adopt this enhancement in the process. Already populated with colorful enhancements and unusual architecture, bolts of electricity arcing across the sky would still certainly stand out in London’s bright nighttime cityscape (tesla coil image by Clarence Risher).