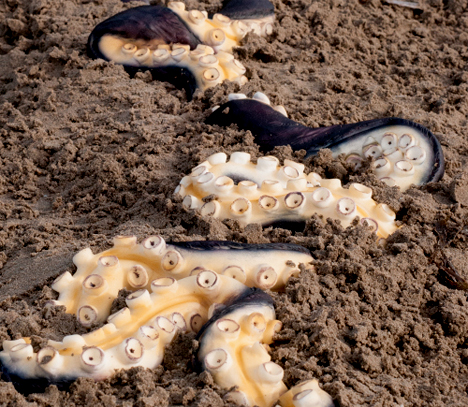 The thirty-foot tentacle that appeared to have washed up on the beach in Portmeirion, Wales was what drew the onlookers in, but it was the edible kraken that kept them. Beach goers who gathered around the dark purple-black appendage to stare at it in wonder were led to a tent where they found similar tentacles on a smaller scale – made of cake. 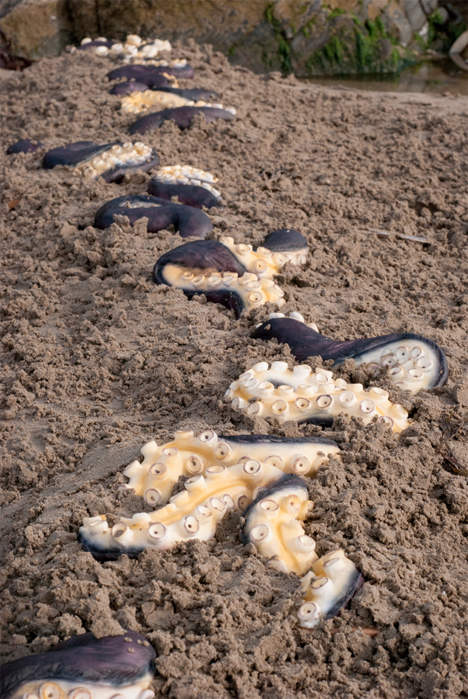 A ‘Kraken Hunter’ in an intricate steampunkish costume performed an ‘edible autopsy’ on the questionable remains within the tent, serving up large chunks of what turned out to be spiced rum cake, including a football-sized eyeball. 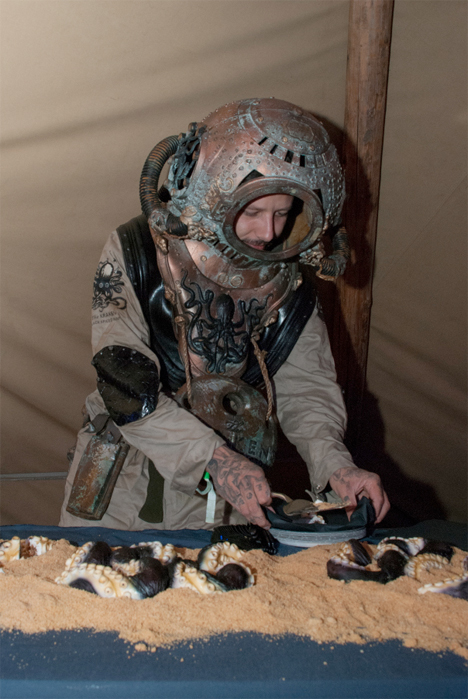 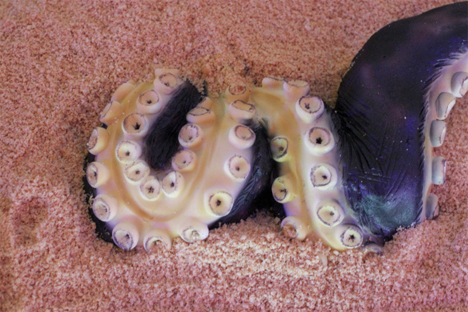 The beach installation was part of a viral marketing campaign by Kraken Rum at Festival No. 6, an annual music event that draws thousands to an Italianate village on the Dwyryd Estuary. 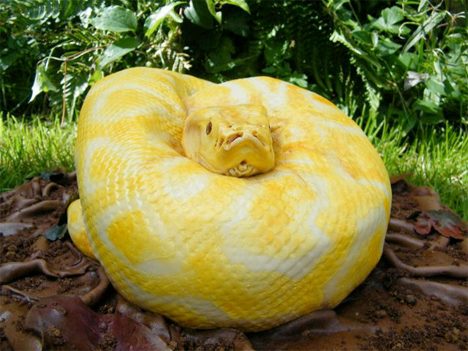 The cake calls to mind another incredibly realistic culinary creation: a snake cake that looks so much like a real viper, you’d hesitate to go near it with a knife.