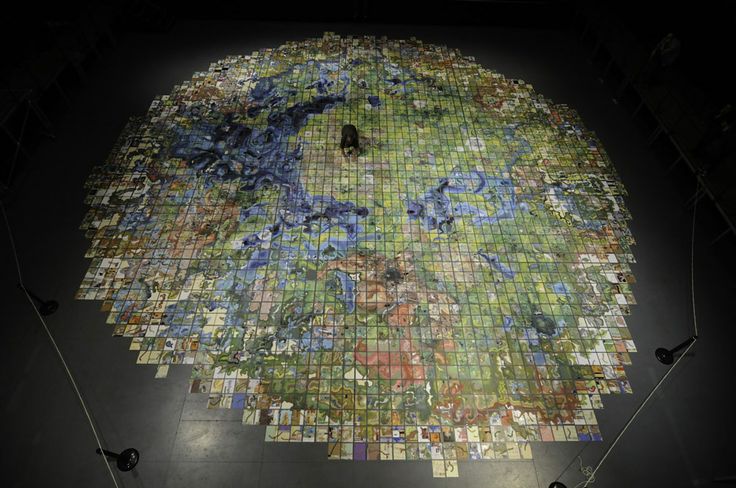 Long before Sim City, Minecraft or the MMPORG, there was Jerry Gretzinger, man using cards and spending decades to spawn his own self-contained imaginary game world. 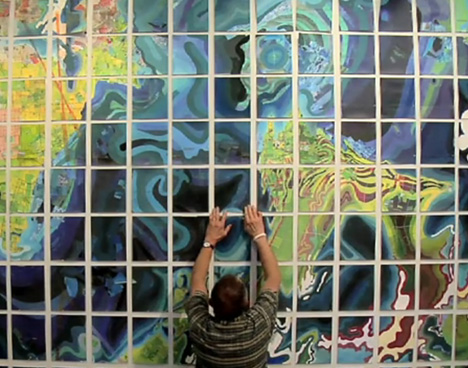 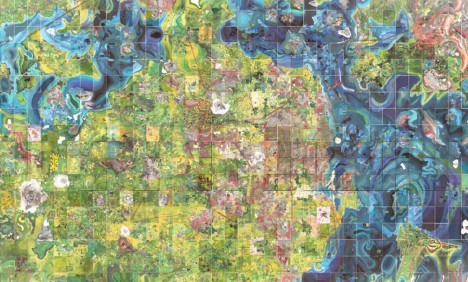 Over 2600 sheets of 8.5-by-11-inch paper make up this strange and amazing fantasy world, largely unknown until this video began to spread slowly (then quickly) around the internet, gaining him almost overnight fame. Each frame is created when Jerry chooses from a deck that dictates his next move, be it destructive, creative over both. 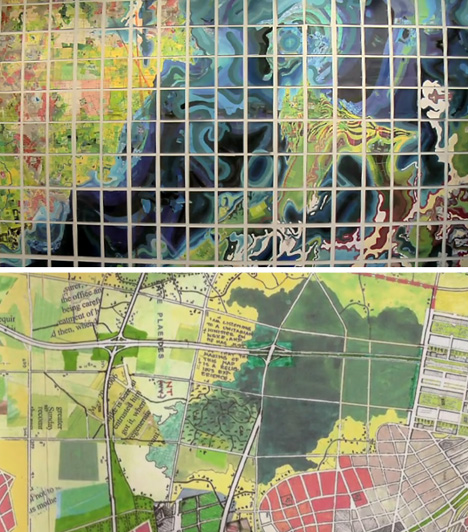 It started with a single city, then sprawled into ever-vaster territories and entire countries connected by highways and high-speed rail, or or divided by defensive barriers and walls, all expanding panel by panel across standard-sized sheets. 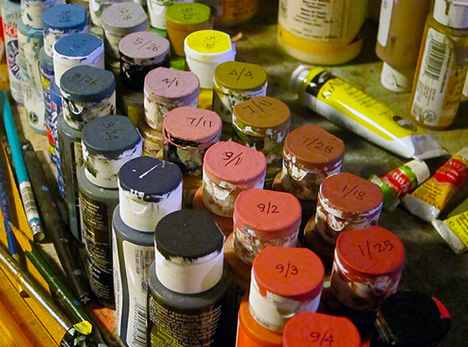 Attention to detail and daily ritual pervades the project, from a carefully-controlled color palette and archaic digital organization system to deployment based on semi-randomized cards, shuffled to reveal what direction he should take next. 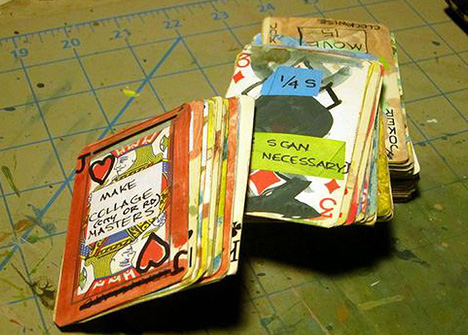 At the same time, chaos is routinely added back into the system, through elements like ‘void cards’ that dictate the complete rebuilding of a section of the map, and can mean the entire destruction of cities that stand in the way. 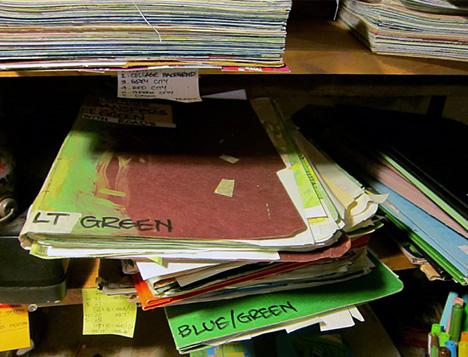 These pages are stacked by necessity on shelves rather than splayed out to form a contiguous map too big for any interior wall. Perhaps the most amazing aspect of the entire project is the fact that the entire work-as-such has never actually been on display until the documentary was being made about it. Even Jerry did not know its exact overall shape or form for the past decades, and, thanks to elements of chance and his own creativity, still does not know what future shapes it may yet take. 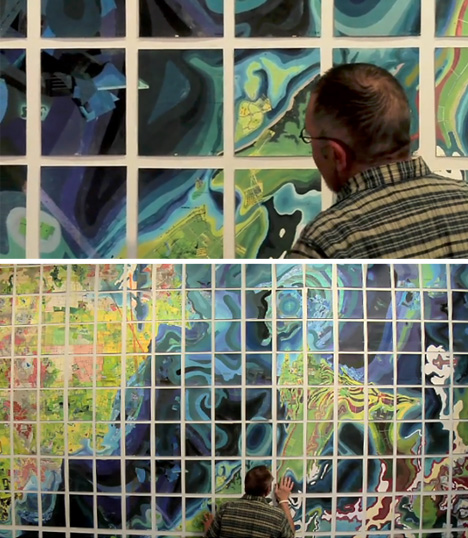 As UpperCase reports: “Jerry’s willingness to bend, adapt and break his own rules extends freedom to the map itself,” says filmmaker, Greg Whitmore, the creator of Jerry’s documentary trailer. “I should add that though Jerry is permissive and liberal when it comes to the process, he is dogmatic in one regard: that this ‘thing’ is, in fact, a map and he is responsible for it.”