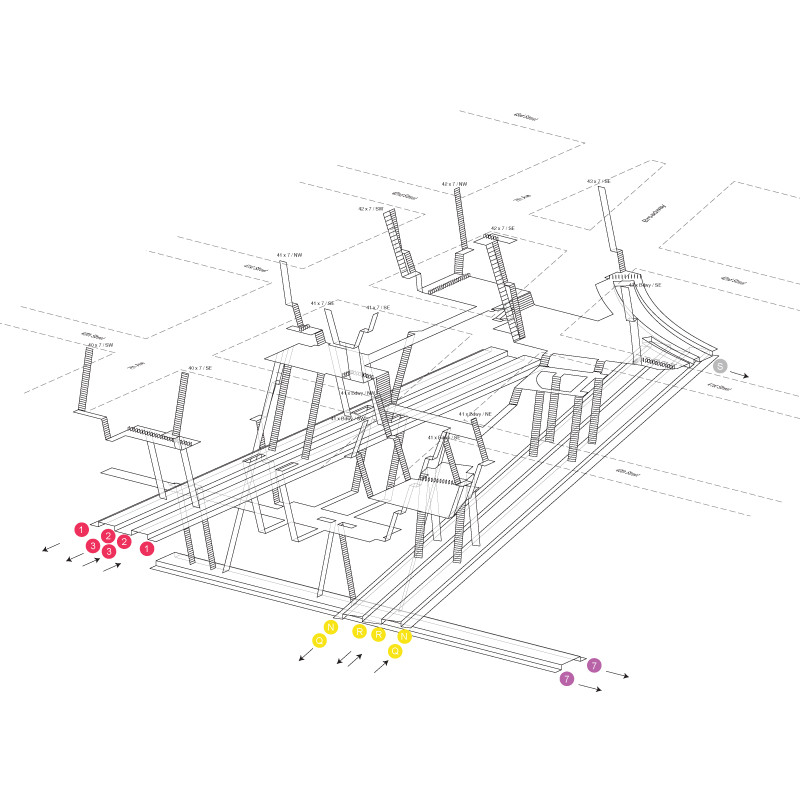 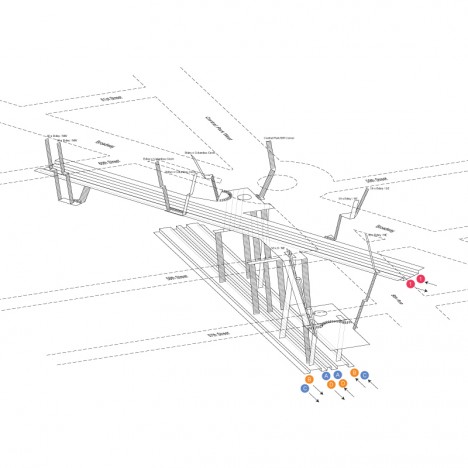 Exiting a subway network can be a disorienting experience. While stair signage and sidewalk compasses can help, anyone navigating based on landmarks or other surface features is lost. Project Subway NYC by Candy Chan is a step in the right direction. Using pen, paper and a camera, she meticulously recorded directions and relative positions of tracks and lines, referring to Google and MTA resources as a baseline. 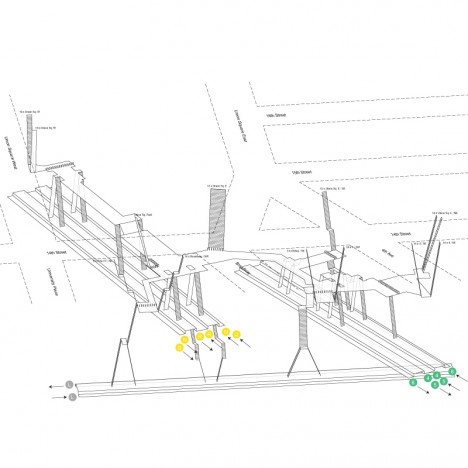 She then took the results into AutoCAD, verified those drawings in person, and proceeded to model and render the results using Rhino, Adobe Illustrator and Photoshop to produce 3D maps. Her explorations have helped her identify pain points for navigating these multilevel stations. 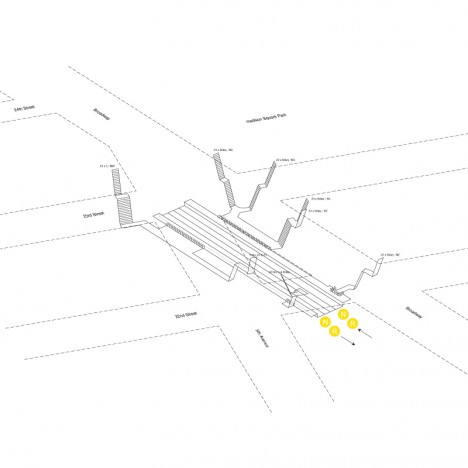 From CityLab: “The first batch includes five stops along Broadway: Columbus Circle, Times Square, Herald Square, Madison Square, and Union Square. But Chan hopes to do more, in Manhattan as well as in the outer boroughs. Since the project just launched two weeks ago, she’s gauging people’s reactions to decide which stations to explore next.” 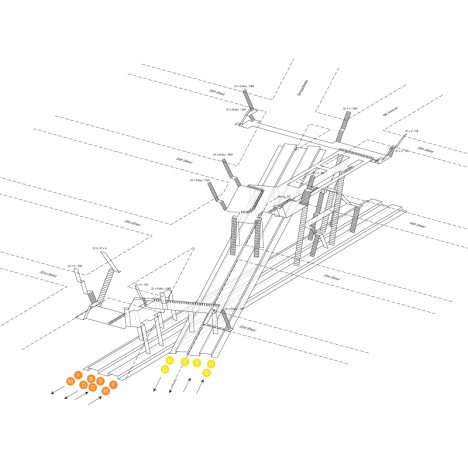 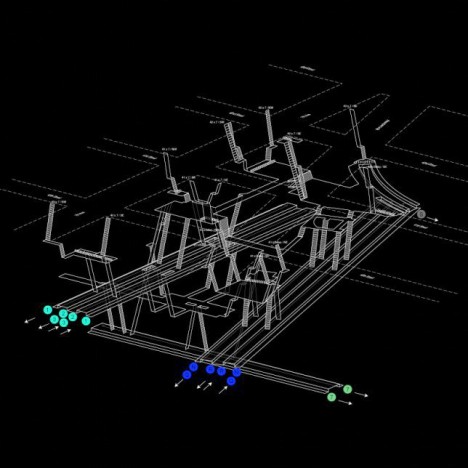 Still, 3D maps may not in themselves be a solution – murals, screens, signage or other indicators tied to visual landmarks from the world above would be a welcome addition for those who cannot read English or simply navigate using different means and methods.