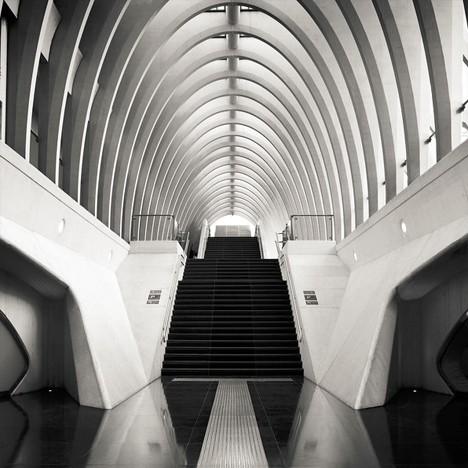 Joel has a long-standing love of architecture, and at times has wished to be an architect as well. His sometimes-minimal architectural photographs (themselves inspired by abstract minimalist modern buildings) were for a time shot straight up or at an upward angle, but more recently: straight forward. 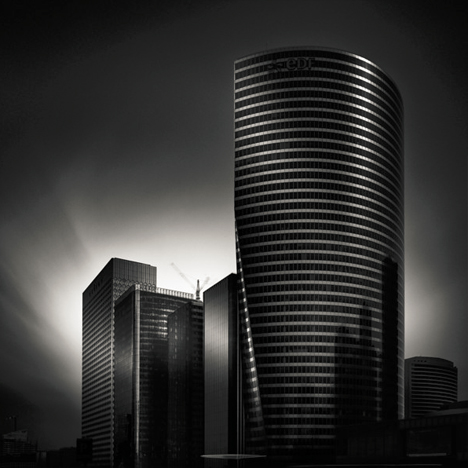 While Joel’s recent more horizontally-oriented work is technically conventional in terms of approach, at the same time, it involves “moving away from [normal] reality one or more steps by using long exposure techniques and [black and white] processing, [as well as sometimes] manipulating the light and altering tonal relationships.” 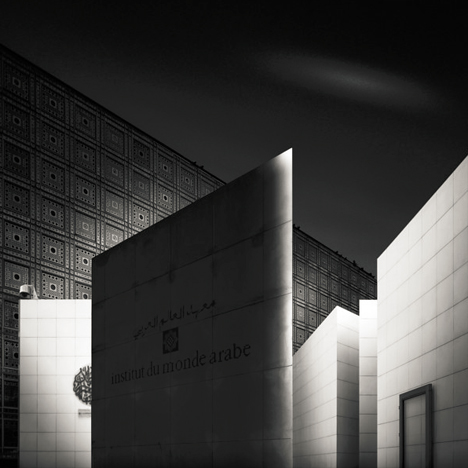 As for his favorite cities: “Paris for its beautiful mix of the classic architecture, the beautiful Haussmann city [plan] and the modernistic architecture in La Defense. New York City … this city has become synonymous for architecture. Also Chicago has a very special place in my heart as it is the cradle of American architecture. I’m focusing on capturing the architecture in these cities now in my newly found straight forward fine art approach but Brasilia is one to keep an eye on for the near future too.” 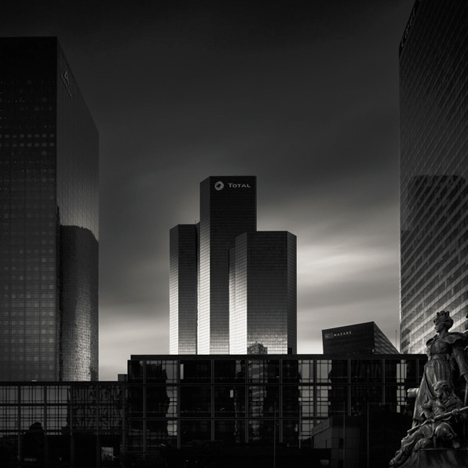 He has favorite architects as well: “Frank Gehry is truly remarkable and I love all his creations and [have] captured many of them already yet published only a few of them. Calatrava is sheer genius. I [have] captured a few structures of his, bridges and train stations, but intend to capture them all one day. Furthermore I have to mention Louis Kahn (his Salk Institute is a favourite location of mine) , Daniel Libeskind (his Jewish Museum in Berlin made an indelible impression on me) and the other usual suspects.” 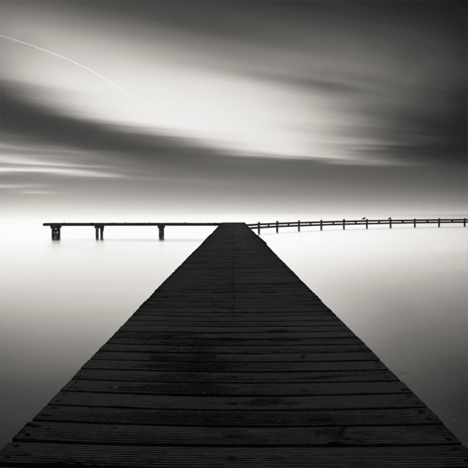 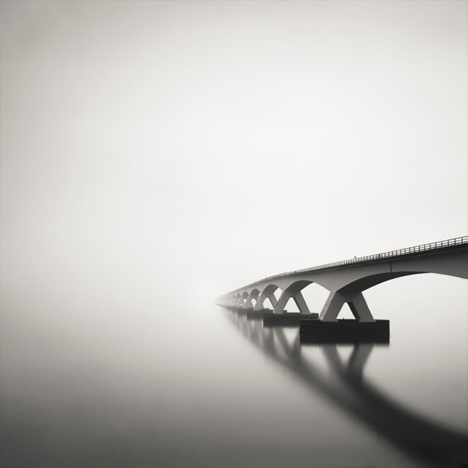 Currently, Joel teaches workshops on fine-art architectural photography with the award-winning team of Vision Explorers in Chicago and New York and sells prints on sites including The Ilford Pro Gallery. You can learn more about his history, work, prints, classes and videos on his own website here as well. He is also currently co-authoring a book on fine architectural photography with Julia Anna Gospodarou slated for release later this year.