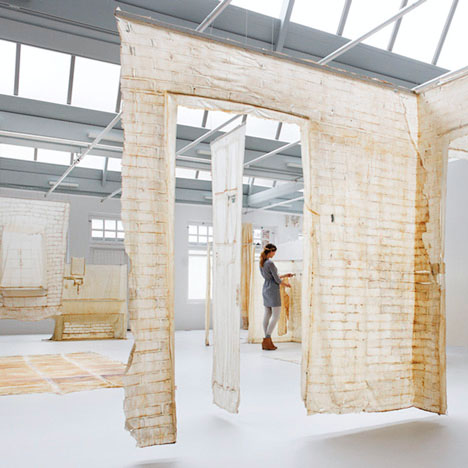 Draped like the macabre souvenirs of a serial killer, ghostly skins of old buildings billow on clotheslines, bearing the grime of the surfaces from which they were cast. Amsterdam design studio KNOL Ontwerp preserves the memory of cobblestone streets, brick walls, fireplaces and doors by coating them in latex to create a tactile impression of their surfaces. 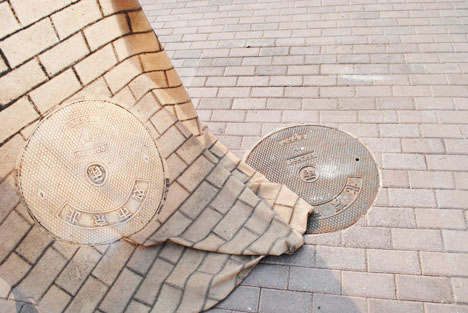 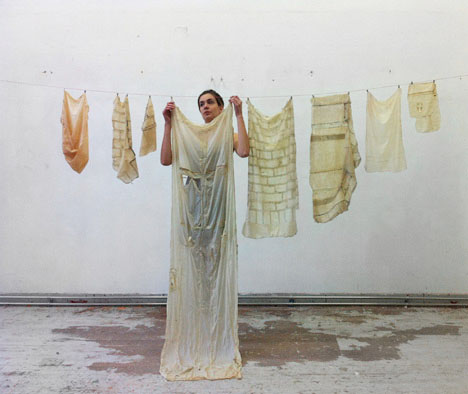 Installed at the Sandberg Institute of Amsterdam, ‘Skinned’ has these castings hanging like funeral shrouds from the gallery ceiling. The latex is fittingly translucent, almost immaterial, adding to the sense that each piece is just the faintest echo of the solid object from which it was taken. Most of the skins come from vacant buildings around Amsterdam. 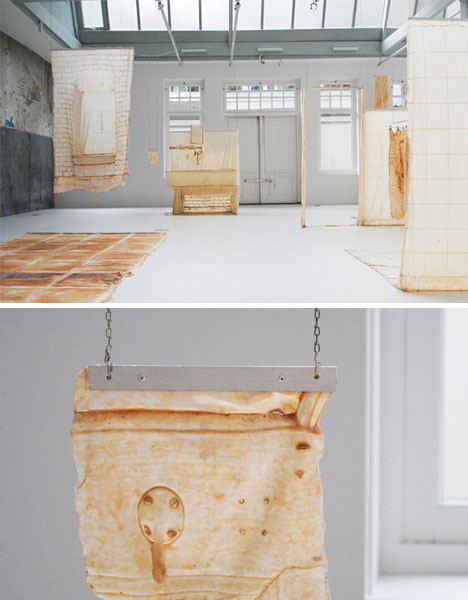 Not only is the exact texture and shape of the original structure captured in great detail, but also some of the dirt. The designers made no effort to clean up any of the surfaces they cast, so when they peeled away the latex, a little bit of the structure’s history came off with it. 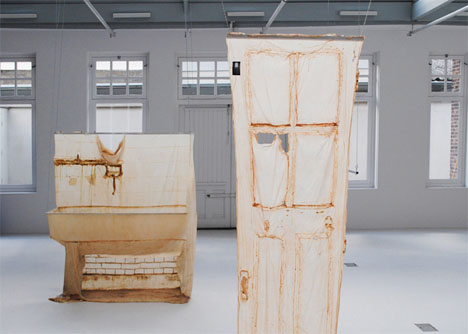 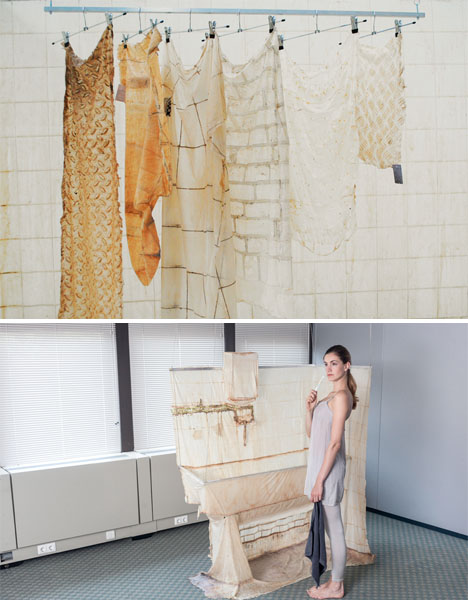 “Like skin transplantations they can be taken to other spaces where they get a new spatial meaning. They take us to a wold in which places are no longer fixed to specific locations, but become nomadic or ‘liquid.’ When the skins are drawn out of their original context and are brought to a new one, their character changes. The impact on for example an abandoned office building is remarkable.”