Here is how it works: “Pixelstick reads images created in Photoshop (or the image editor of your choice) and displays them one line at a time, creating endless possibilities for abstract and/or photorealistic art. Taking this one step further, Pixelstick can increment through a series of images over multiple exposures, opening up light painting to the world of timelapse, and allowing for animations the likes of which have never before seen.” 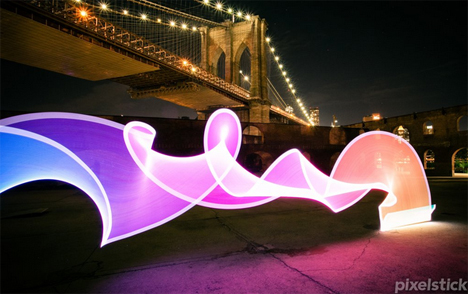 Here is an overview of its key features and technical specifications: “Pixelstick consists of 198 full color RGB LEDs inside a lightweight aluminum housing. Pixelstick’s brain, a small mounted box, reads images from an SD card and displays them, one line at a time. Each LED corresponds to a single pixel in the image. The images themselves can be from 1 to 198 pixels tall and many thousands of pixels wide. 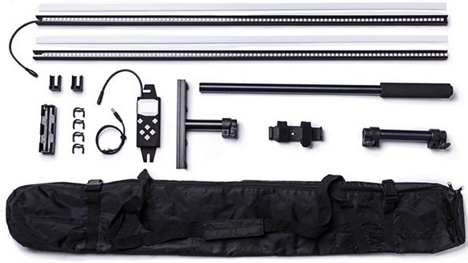 Its creators learned a great deal while testing various configurations and design details, resulting in a highly refined final product: “The handle is perpendicular and has a secondary aluminum sleeve.  Over many designs we found that the perpendicular handle allowed for the most natural movement for both linear striping and more organic, abstract movements. A rotating sleeve sits over the handle and can be locked tight when not in use, or loosened allowing Pixelstick to spin freely. The entire unit is matte black, rendering it virtually invisible to long exposures. “ 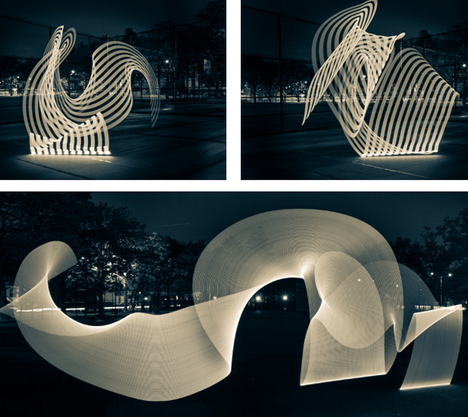 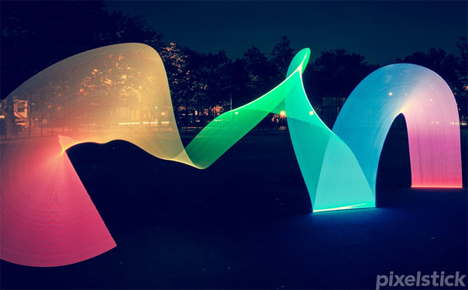 Yet as high-tech as the device is in its design and construction, in the end the “Pixelstick uses 8 AA batteries. Throughout testing we’ve used Sanyo Eneloop and Amazon rechargeable to great success, never requiring more than one set for a long night’s shooting” and “The handbox not only allows you to select which image to load, but controls brightness, tint, firing speed, vertical flip, and left/right direction. There is also a port compatible with remote camera triggers (Canon C1) for wireless shooting.”