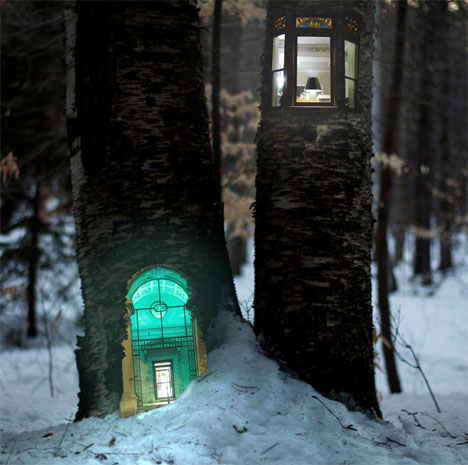 What tiny universes might exist behind the bark of trees deep within the forest? You’re most likely envisioning the grubs, ants, beetles and other creatures that actually live out their (sometimes fascinating) life cycles there, but artist Daniel Barreto sees something else altogether. His digitally composed ‘woodhouses’ imagine tiny urban worlds that could be visible to the human eye if only we looked a little closer. 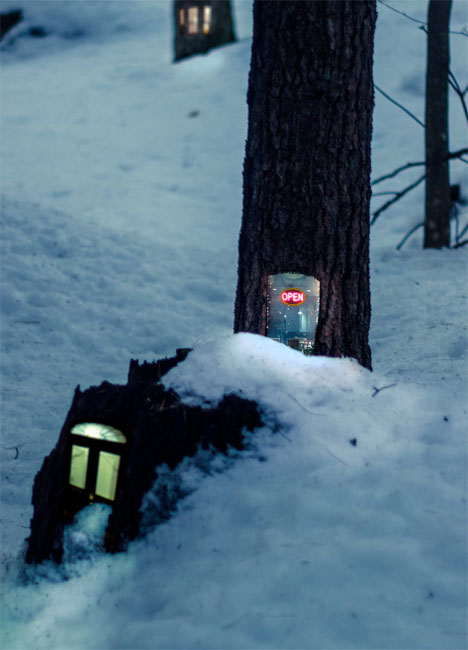 Barreto photographed trees in a snowy landscape in New Hampshire, as well as doorways, windows and other urban architectural elements from Boston, combining the different sets for an ethereal result. 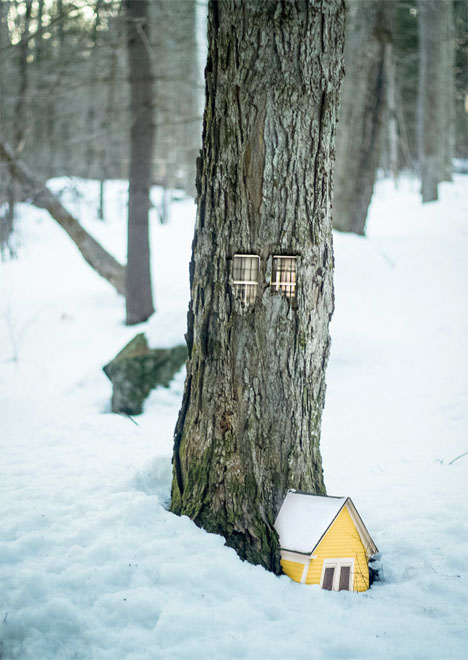 Illuminated entrances with intricate ceilings beckon passersby to ascend into the higher branches of a birch tree from within the trunk. Stained glass windows glow, and restaurants offer refuge from the cold.

The flickering lights of gif images from Barreto’s series make the illusion even more convincing, and might just make you want to take a walk around the woods to see what you can spot yourself.