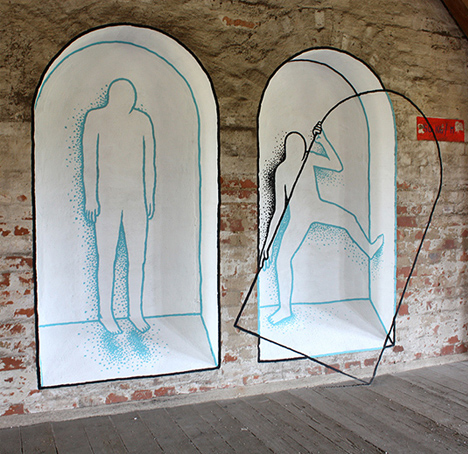 Treating abandoned buildings and urban surfaces more like pages in a book than bricks to tag, this street artist brings an illustrator’s touch and storyteller’s approach to his unique graffiti. 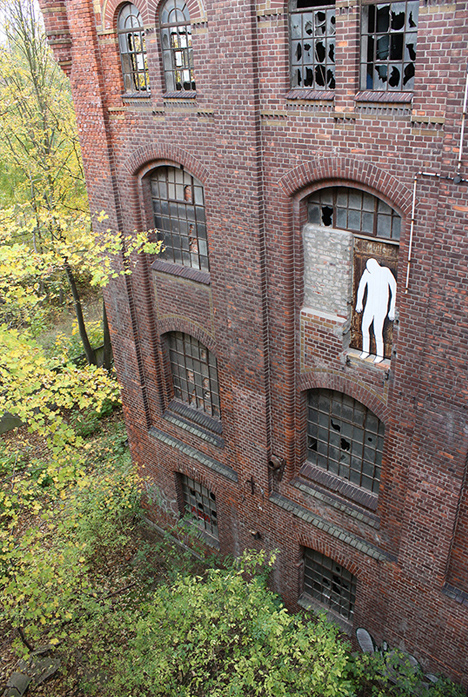 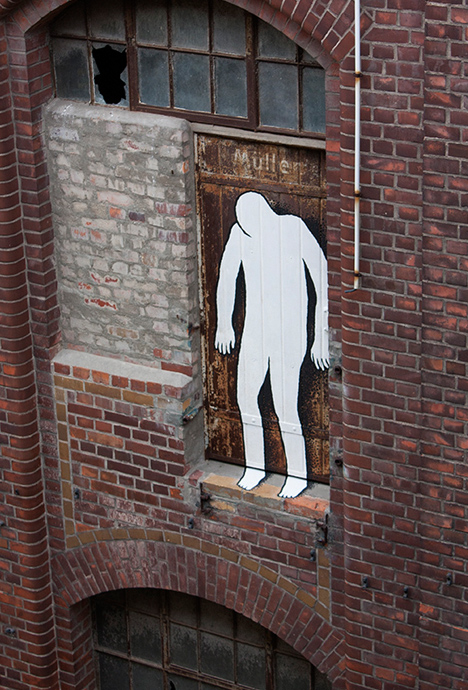 Though based in the Netherlands, Daan Botlek frequently ranges far from Rotterdam to cities including Berlin and Bangkok, where he draws surreal scenes with imaginary characters. 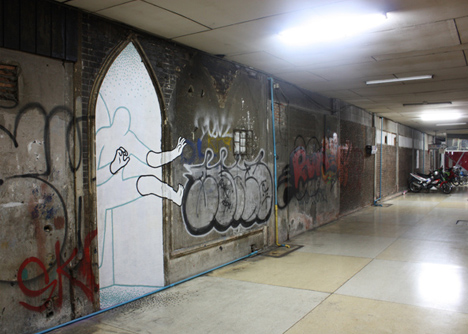 Some of these creations seem to be contemplating dangerous acts, while others fight through their artificial environments or even with one another. 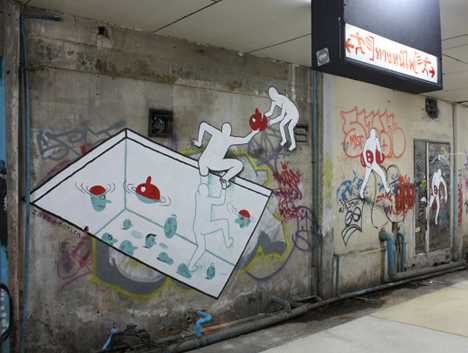 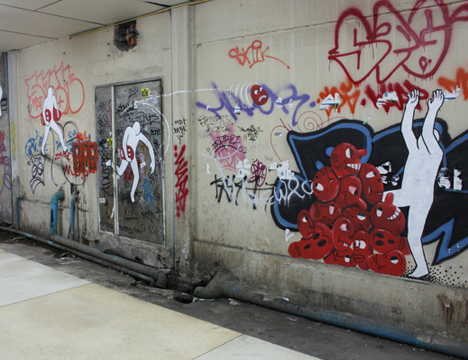 These much-humanized, frame-breaking figures are only one facet of his portfolio, but they uniquely bridge the gap between the artist’s experience with illustration on the one hand and street art on the other. 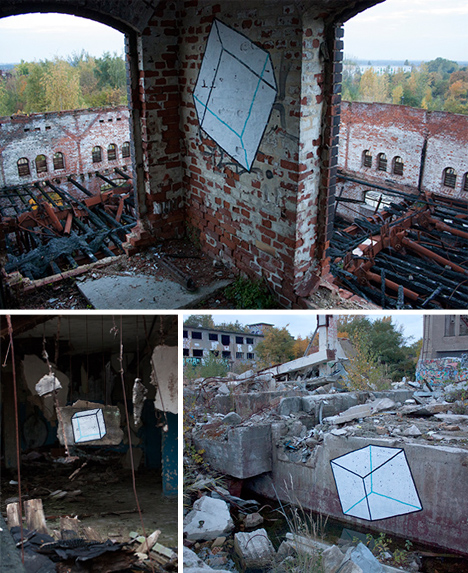 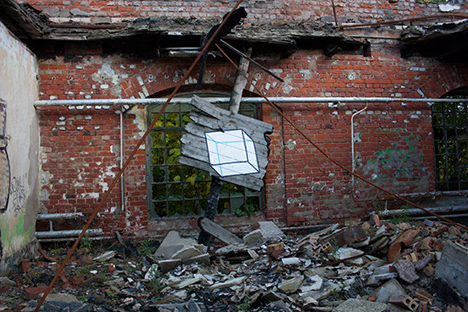 Aside from on-paper drawings and character creation, his other public art series include a set of white cubes, again reprising this three-dimensional approach to bring objects, in this case, off the page (or wall, as it were).