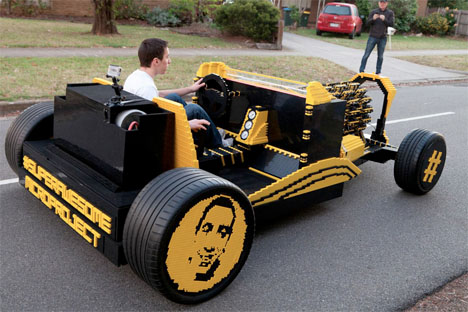 This hot rod might not be much faster than a bicycle, but the fact that it runs at all is extraordinary given that it’s made of 500,000 Lego bricks and is powered by air. Australian Steve Sammartino sent out a cryptic tweet asking potential investors to fund a mystery project costing $500 – $,1000, and the ‘Super Awesome Micro Project’ was the result. 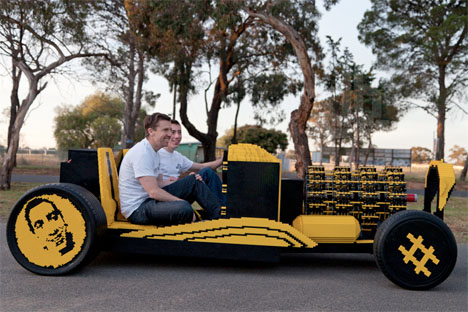 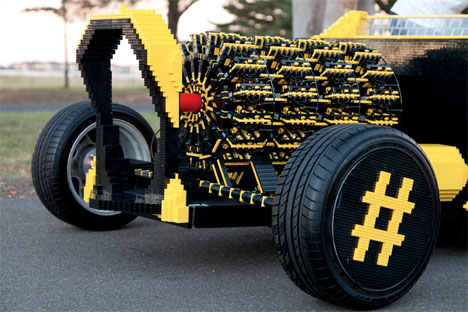 Other than the Legos, the only components of the car are a set of tires, gauges and a load-bearing frame. Believe it or not, four orbital engines with 256 pistons entirely made with Legos propel the car with compressed air, getting it up to about 18 miles per hour. 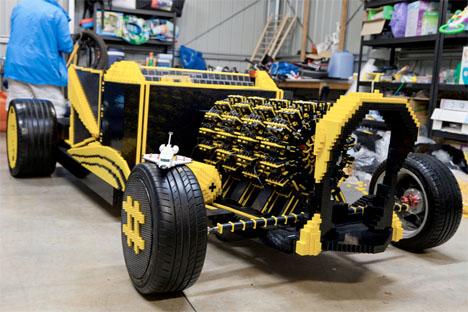 The car could potentially go faster than that, but the creators were afraid of a “Lego explosion.” It was built in Romania before being shipped to Australia for its debut on the road. “It’s a hot rod design, mainly because hot rods are cool,” they add. See it in action above.