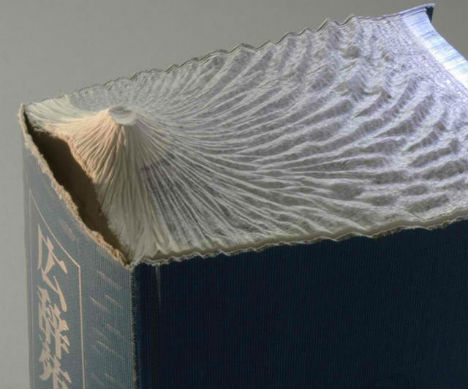 Sculptor Guy Laramee looks at the edges of paper bound in a book and sees infinite possibilities: hills, valleys, volcanoes and alien rock formations. The artist is known for carving books into stunningly complex landscapes, with the scenes often inspired by the subject matter of his chosen materials. 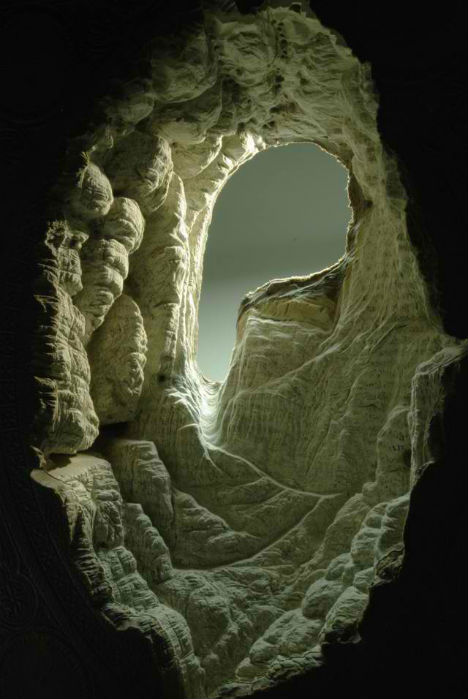 In a new collection entitled ‘Guan Yin‘, Laramee meditates upon the fleeting nature of life. The series was inspired by two catastrophic events that occurred within days of each other, one that was very personal in nature and another that was experienced collectively by an entire nation and in fact, much of the world. The death of Laramee’s mother took on an extra layer of significance while the artist was still reeling from the tragic earthquake, tsunami and nuclear disaster in Japan. 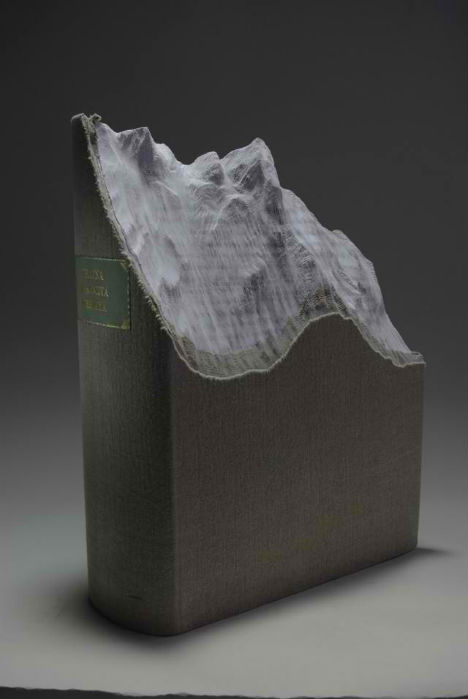 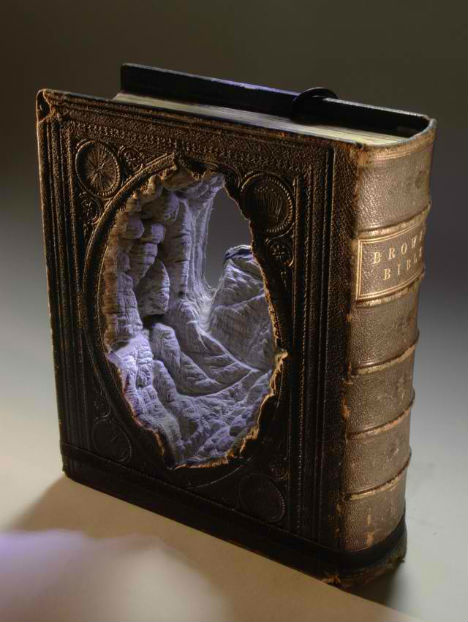 “Everything we know, everything we did, everything we think we are, everything and everyone we love, all this will be wiped out. We would like to think that something will remain, culture, knowledge, or call it ‘life’ if you don’t want to call it God, but of this also, we have no certitude. ‘No certitude’ seems to be the only one we have, but even this is a concept, and concepts are the first thing to go down the drain, aren’t they?” 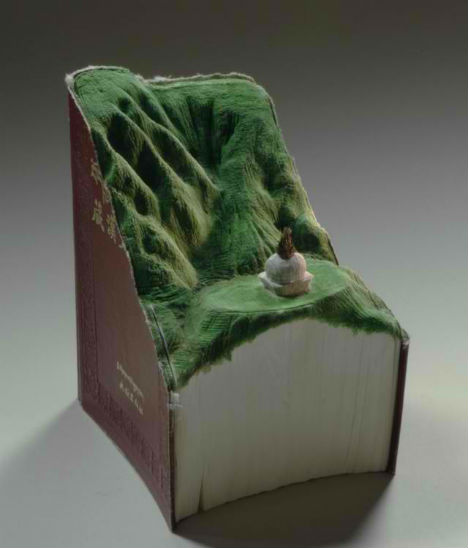 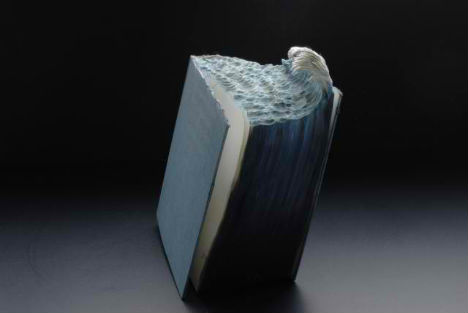 Some of the landscapes are lush while others are cold and harsh. Some feel like a continuation of Laramee’s previous work, including a series of hardcover encyclopedias written in both Chinese and English. The uniting theme that runs through all of Laramee’s art deals with the erosion of cultures as they emerge, become obsolete, and are replaced by new ones. Read Laramee’s artist statement and see more of his work at GuyLaramee.com.

via This is Colossal