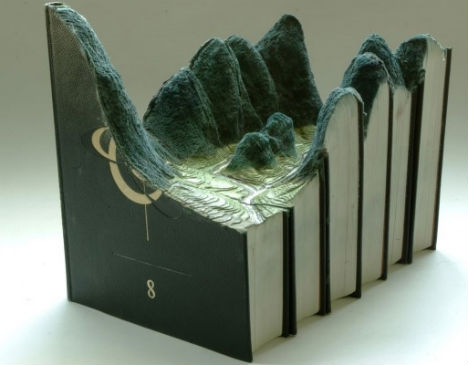 From the pages of books spring mountain ranges, rocky islands in the sea and sculptures hidden in caves – not in your imagination, in this case, but literally – in three dimensions. Artist Guy Laramee has carved a series of hardcover encyclopedias written in both Chinese and English into stunning landscape scenes for two series entitled The Great Wall and Biblios. 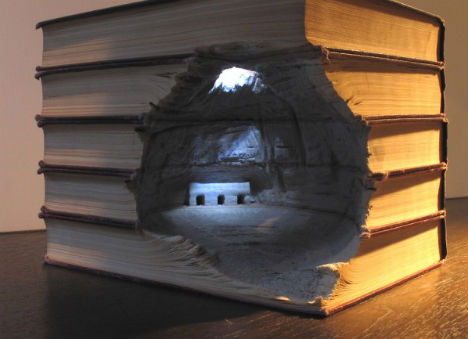 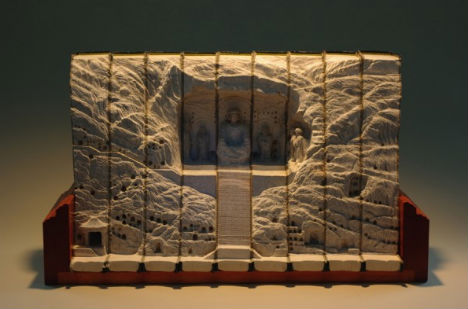 For The Great Wall, Laramee imagines a future in which America has built its very own Great Wall much like China’s “so as to protect this land from barbarian invasions,” which isolated America from the rest of the world and brought about the fall of “the American Empire.” This enables China to invade. 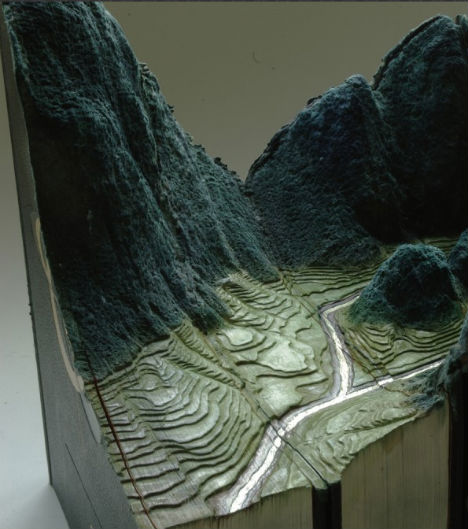 “The Chinese Empire later ordered a group of scribes to write The Great Wall series. In the course of their duties they familiarized themselves with the libraries of the former USA. Through a strange twist of fate they thereby discovered the ancient sources of their own civilization which the new Middle Kingdom had long ago removed from its libraries.” 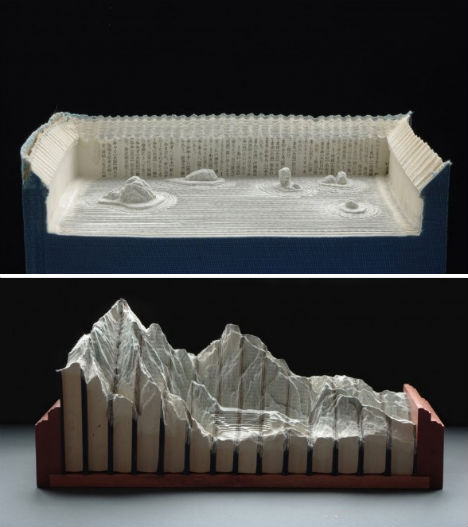 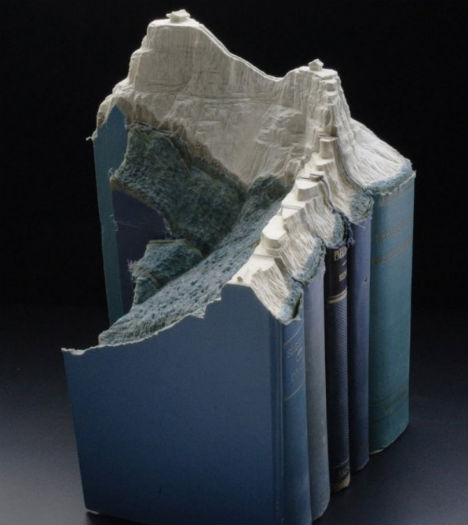 Says Laramee, “So I carve landscapes out of books and I paint Romantic landscapes. Mountains of disused knowledge return to what they really are: mountains. They erode a bit more and they become hills. Then they flatten and become fields where apparently nothing is happening. Piles of obsolete encyclopedias return to that which does not need to say anything, that which simply IS. Fogs and clouds erase everything we know, everything we think we are.”