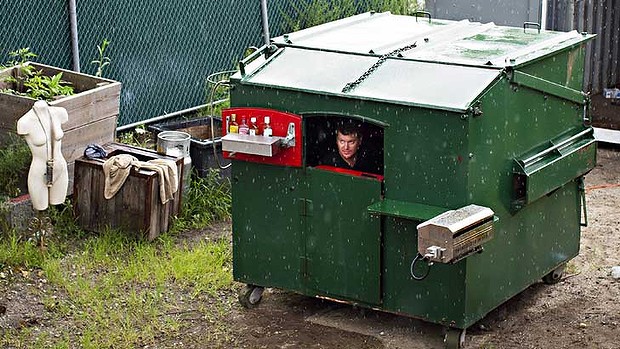 Vacant lots, billboards, rooftops and even dumpsters are hacked into inhabitable spaces in these examples of often-illegal guerrilla housing. All manner of urban surfaces can be subverted into safe, dry shelters, often taking examples in gray areas of local laws or flying under the radar simply because they blend so well into the city environment. 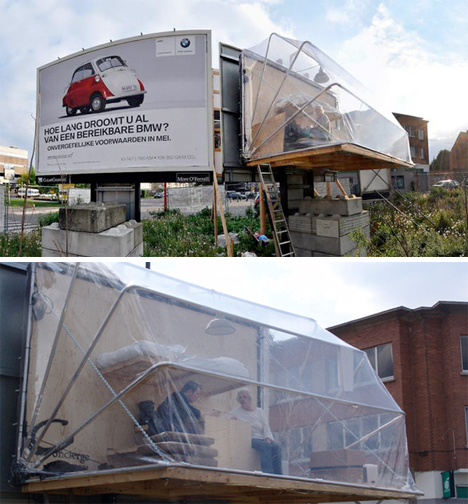 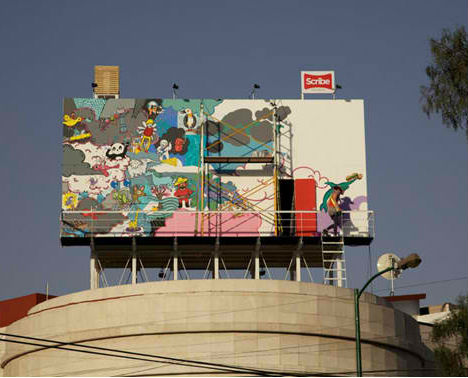 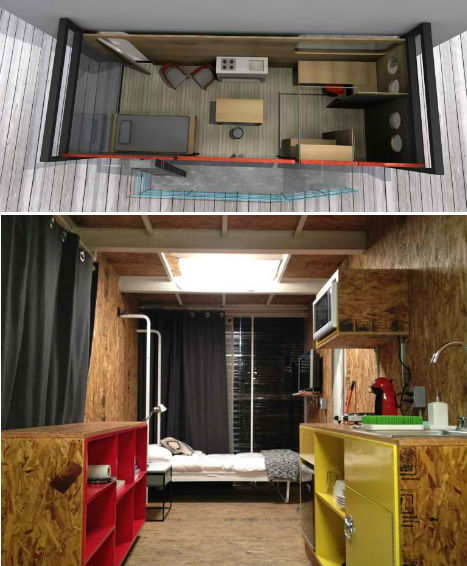 Belgian artist and hacktivist Karl Philips focuses on “themes such as gaps in legal, economic and social systems, the omnipresence of advertisement, unrestrained capitalism and consumerism, etc” so it’s no surprise that he decided to turn a billboard into an illegal parasite apartment. Invisible from the street, the apartment consists of a simple wooden platform and a clear plastic enclosure. Another more capitalism-friendly project in Mexico City attached a 170-square-foot house onto the back of a billboard as a residence for artists, who hand-painted the billboard for paper company Scribe. 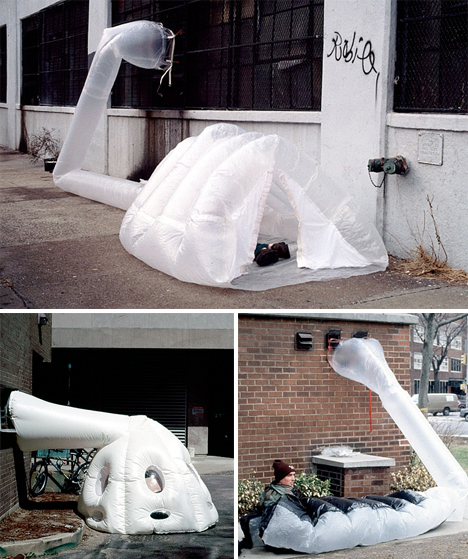 Attach a specially-crafted plastic shelter to an air vent on a building and you’ve got an instant inflatable shelter for the homeless. Michael Rakowitz creates these ‘paraSITE shelters‘, which narrowly fit the legal definitions of temporary structures due to their size, on a budget of less than five dollars each. 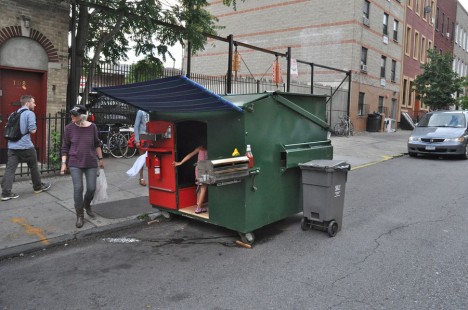 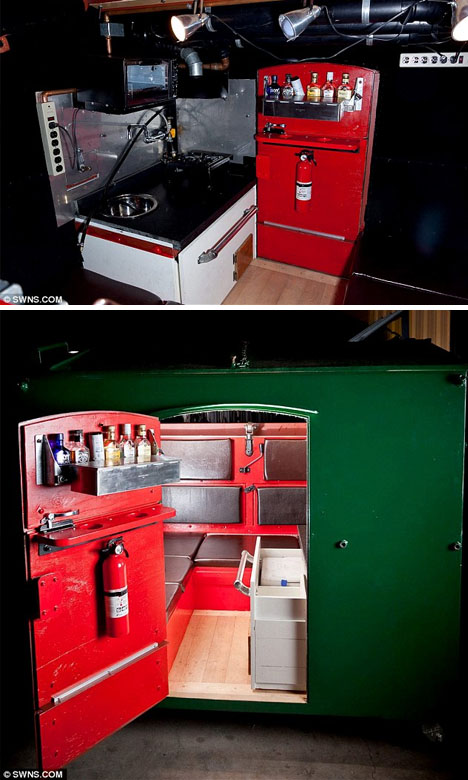 Artist Gregory Kloehn turned an ordinary dumpster into a pop-up shelter with a working kitchen and toilet, storage and sleeping areas as well as a modular rooftop deck, outdoor shower, flower beds and even a bar. It took six months to modify the Brooklyn-based house, in which Kloehn actually lives part-time. Perhaps the ultimate in urban camouflage, the dumpster looks no different from any other trash container when it’s all closed up. 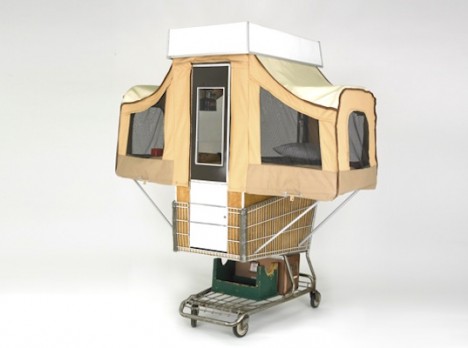 It may not be spacious, but artist Kevin Cyr’s pop-up camper cart takes advantage of ubiquitous shopping carts to offer a dry, portable place to sleep. When not in use, the whole thing folds down into an inconspicuous wooden box that fits within the cart.