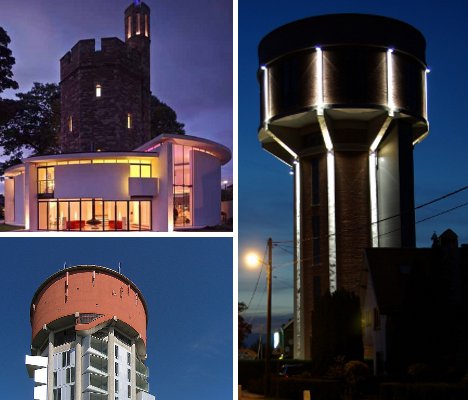 Water towers have been a common sight in cities, towns and villages all across the world since at least the Industrial Revolution. As certain towers fall out of use for one reason or another, they are often left standing thanks to their historical significance. But why leave these fascinating structures empty and languishing? These majestic homes were all once functional water towers but have since been converted into the type of home most of us can only dream about. 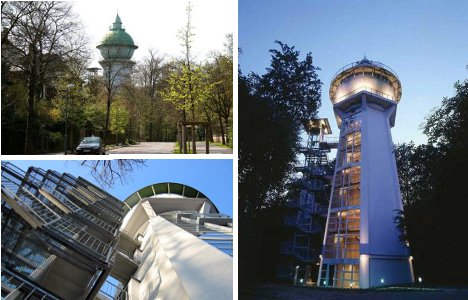 The aging water tower in the German town of Essen had seen better days, having sat unused for decades. But because it was an historic building, it was protected from demolition. German architectural firm Madako took control of the situation and in 2002 converted the gorgeous old structure into an eight-story multi-use building consisting of an office on the ground floor, a conference room on the top floor and three apartments in between. Each apartment consists of two stories and they are all connected by an elegant outdoor staircase. The integrity of the original building was kept intact so that, aside from the apartment windows, the large structure still looks the same as it always did watching over the town. 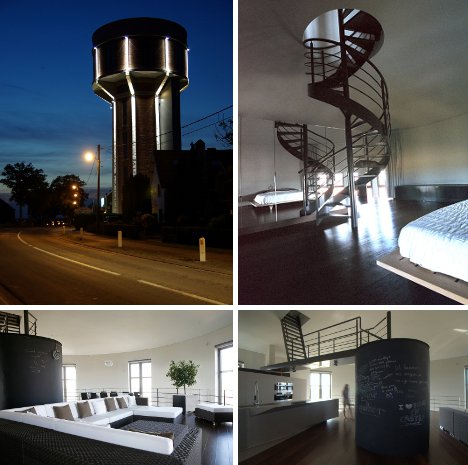 This water tower was built in the Belgian countryside between 1938 and 1941, enjoying continuous use until the early 1990s. After a period of disuse, the Royal commission for the preservation of historic sites granted special recognition of this stunning building and ordered it to remain standing. In 2008, Bham Design Studio acquired the project and began renovating the water tower into a fantastic single-family home. The exterior was restored to its original elegance while the interior was given a one-of-a-kind modern makeover that honors the building’s history but moves it firmly into the present day. Among the home’s highlights: a 4.5 meter tall shower and a breathtaking panoramic rooftop deck. 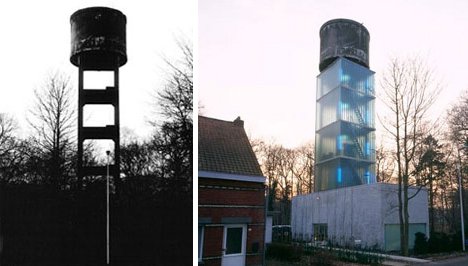 It takes a special kind of person to look at a basic, barren water tower and say “That is my dream home.” There was nothing particularly attractive or intriguing about this water tower just outside of Antwerp when it started out – it was little more than a big metal can on top of spindly legs. But when Jo Crepain architecture firm got hold of it, a truly magical transformation took place. The first floor was encased in a solid surrounding and four additional levels were created by enclosing the legs in translucent casings. The result is a marvelous meeting of modern and historic, industrial and homespun. 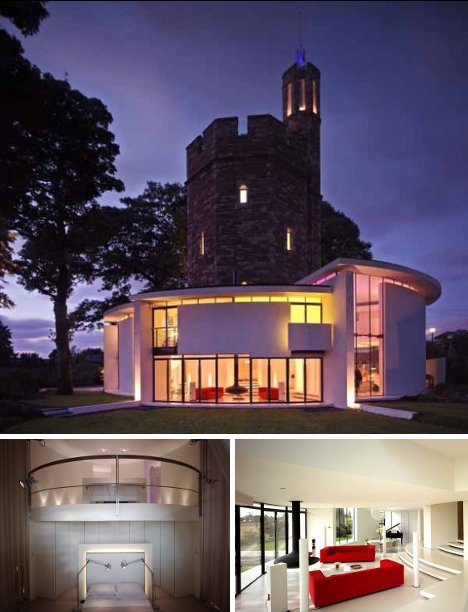 In what is perhaps the most opulent transformation on this list, the Lymm Water Tower does not attempt to disguise itself as an aged structure. Instead, it envelopes the 130-year-old brick water tower in a stunning modern concrete ring. This is a risky approach for any architect since attempting to combine two vastly different structures in this way often results in disastrously unattractive buildings. This home, however, is spot-on. The smooth stone exterior and floor to ceiling windows only serve to enhance the regal water tower that sits within the newer structure’s embrace. 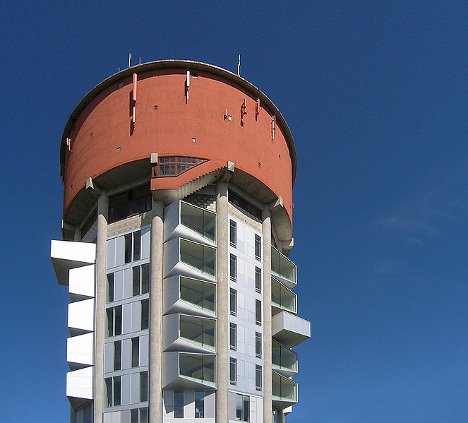 Like so many other unused water towers, this one just outside of Copenhagen had become something of an eyesore in the otherwise lovely landscape. In 2004, Dorte Mandrup Architects won a competition for the most promising project to adapt and reuse the existing building. The firm used the space beneath the large water basin to create a complex of 40 new student apartments. Gigantic windows, communal balconies and spectacular views all make this building a sought-after and attractive part of its surroundings rather than an eyesore to be tolerated. 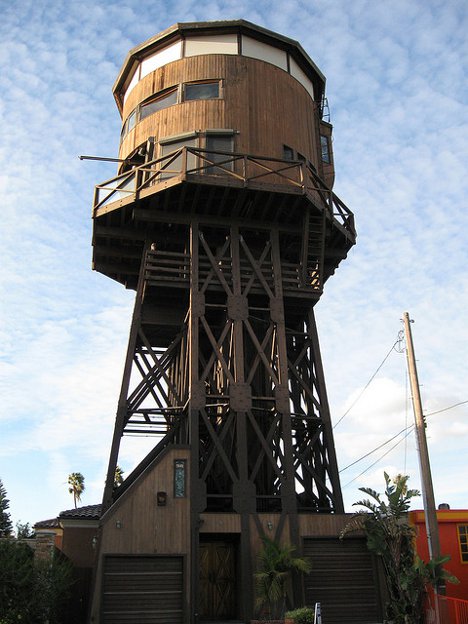 This fine example of a water tower was built in the 19th century to provide to provide water for steam engines. It operated all the way until 1974, and in the 80s it was converted to a home by removing the tank, converting it at ground level and then lifting it back up into place. It has served as a family home at times since then, but mostly it has been an opulent vacation rental. Visitors travel up four stories on the elevator to reach the three-story living space, then get to enjoy unprecedented views of several beaches, the San Bernadino Mountains and the surrounding cities.

House in the Clouds, Suffolk, England 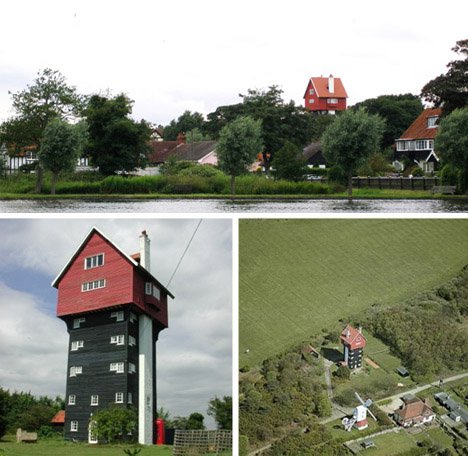 When the town water tower was built in Thorpeness, Suffolk, in 1923, it was called an eyesore and ordered to be disguised. Some clever soul decided to make it look like a house on top of a tower, and the town lived with the charmingly quirky water tower until it had outlived its usefulness. The only logical thing to do, then, was to make it into an actual house…70 feet in the air. Its five bedrooms and three bathrooms make it fit for a family, but the family must be awfully fit to climb and descend its 78 stairs every day.