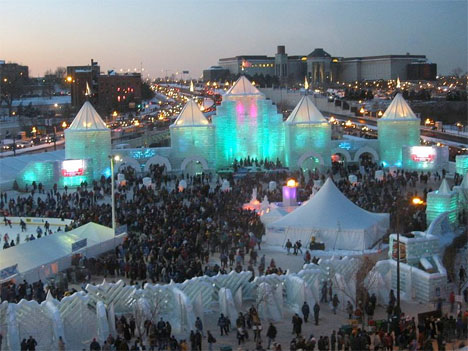 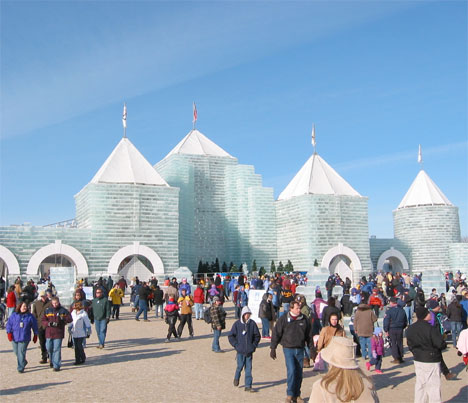 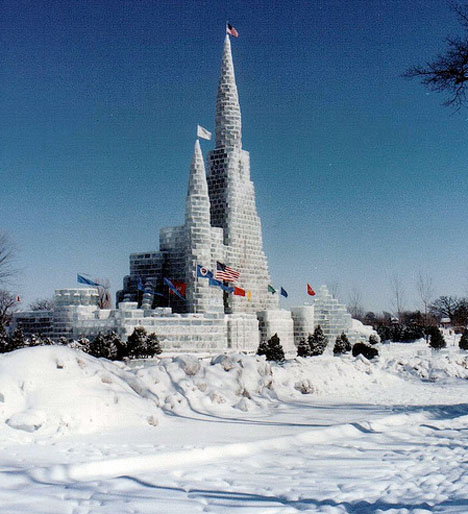 Elaborate ice castles are among the frozen wonders on display each year at the Winter Carnival in St. Paul, Minnesota. The tradition goes all the way back to 1886, when the first winter festival was held to celebrate the character and strength of the city and its people after a New York reporter wrote that St. Paul was “another Siberia, unfit for human habitation.” 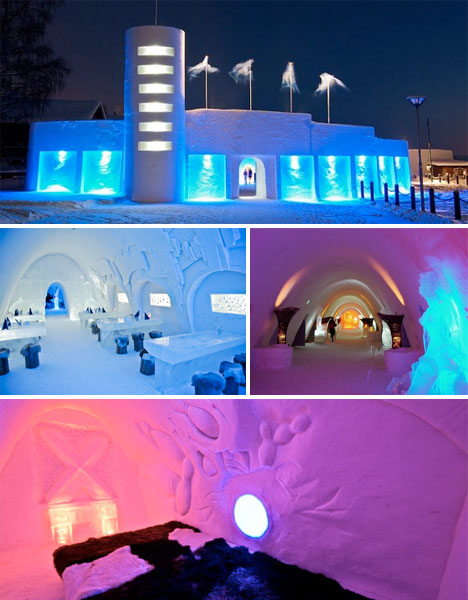 The Lumilinna SnowCastle in Kemi, Finland is open from late January through mid April each year, and includes a hotel with 18 regular rooms, family rooms for groups up to five, and a honeymoon suite. Better bundle up – the temperature hovers at a constant 23 degrees Fahrenheit. There’s also an adventureland for kids, a theater, ice art gallery, restaurant and ice chapel. 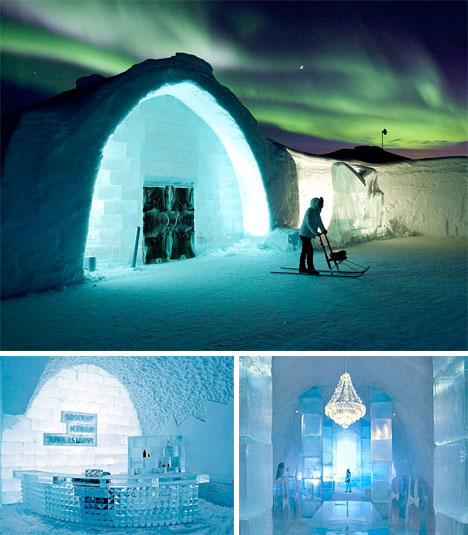 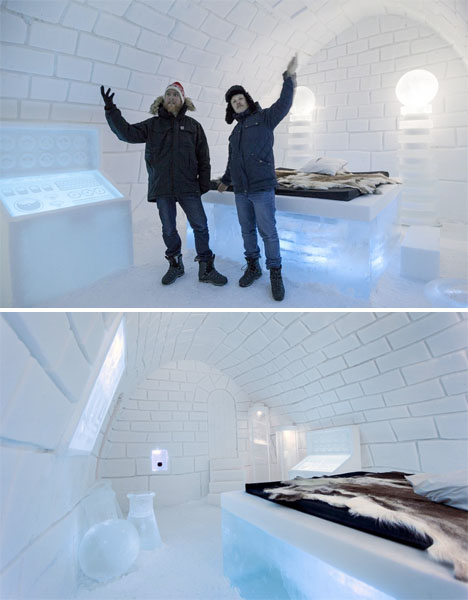 This year’s iteration of the IceHotel in Jukkasjarvi, Sweden has an especially fun theme: ‘It’s Alive!‘, a tribute to Frankenstein designed by Christian Strömqvist and Karl-Johan Ekeroth. This special art suite is just one of many themed rooms at the hotel, which is also home to the Absolut Icebar. 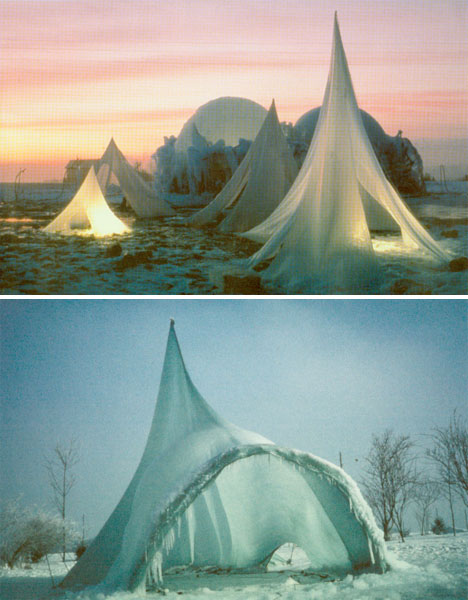 How is it possible to make an ice structure that’s over a dozen feet tall, yet only a few millimeters thick? Swiss engineer Heinz Isler hung nets, cloth, balloons and strings from trees, supported them with rods and then sprayed them with water. Once the supporting structures were removed, these fragile and dreamlike structures  became free-form shells of ice. 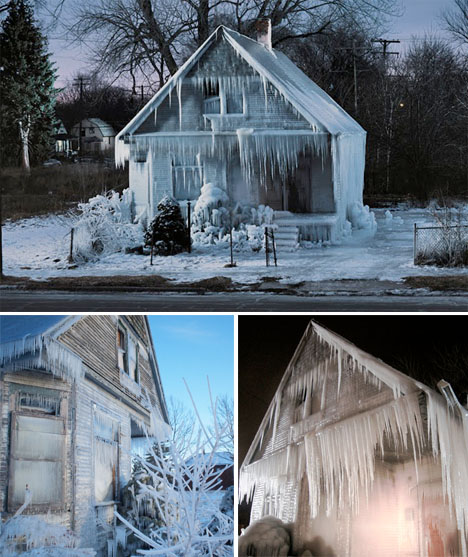 A blight of an abandoned house – one of many, sadly, in the city of Detroit – became a work of art when two Brooklyn artists blasted it with water in freezing winter temperatures, turning it into an ice sculpture. The project had to be carried out quickly, before warm days could melt the ice, and required continuously spraying it with water throughout the night during the coldest days of winter. Of the decision to use ice, artist Matthew Radune says, “In the end it was also an ecological decision. The ice would disappear after the project was complete, leaving no waste for us to dispose of.”