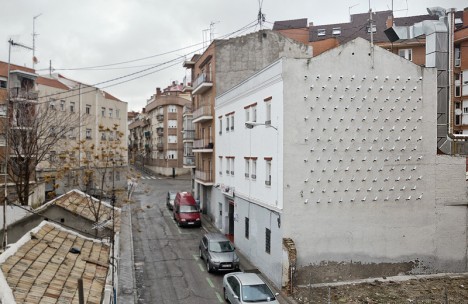 If you ever get that feeling you are being watched, well, for once it really is just your imagination – this fleet of surveillance cams is inactive but still startling to anyone caught by surprise. All they are missing is some George Orwell birthday party hats. 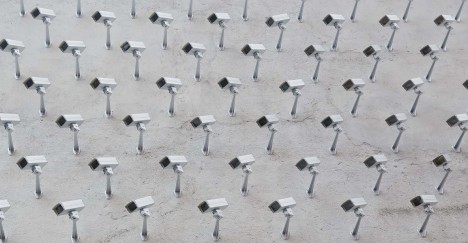 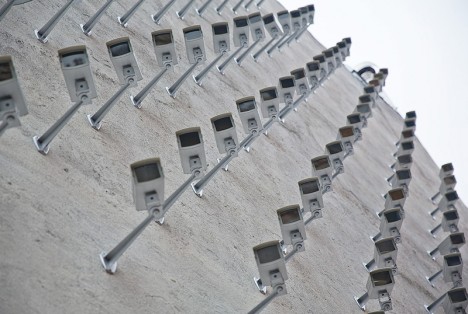 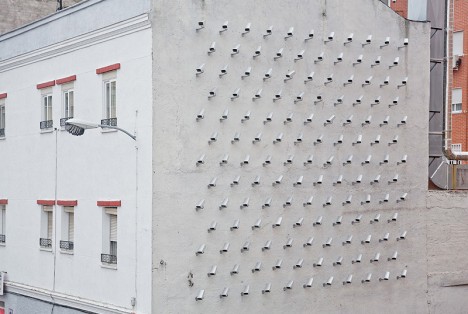 Street artist SpY, known for large and thought-provoking interventions, really lives up to his nom de plume in this installation set alongside a side street in Madrid, Spain. 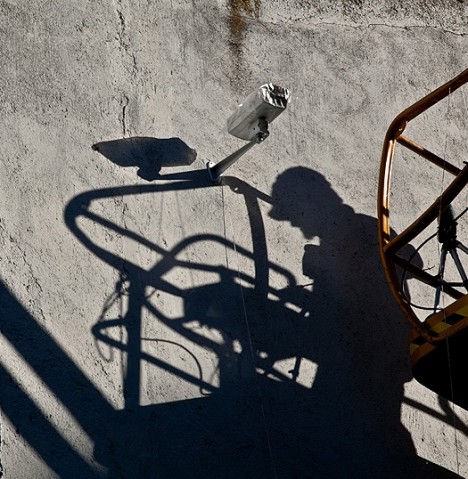 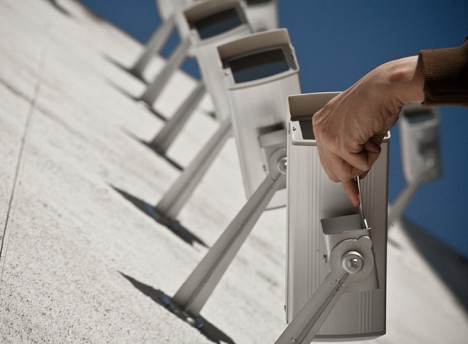 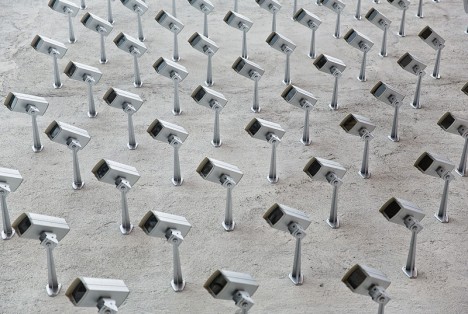 Catching passers by off their guard, the neatly-arranged series features one hundred and fifty security cameras all pointed in roughly the same direction, all causing a cumulative sense of distinct unease that is only slightly irrational upon reflection. 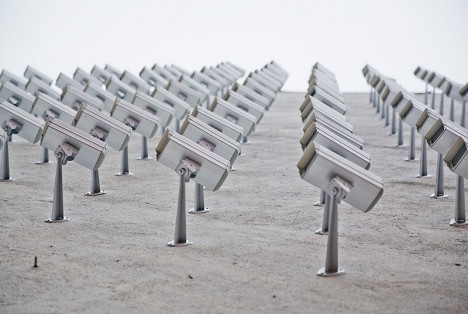 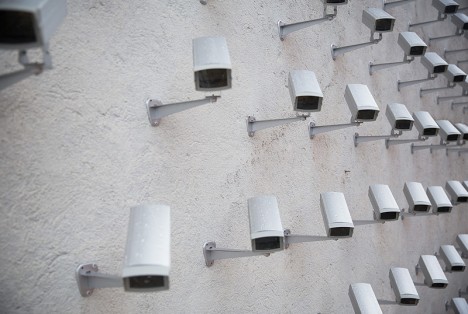 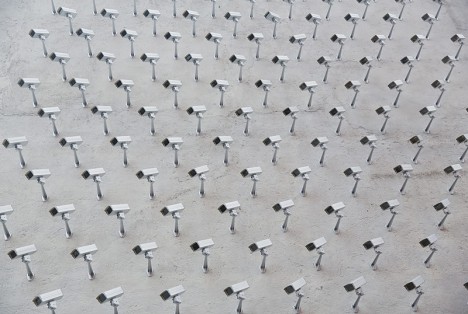 While the prop cams are both inactive in practice and redundant in theory (since they all appear to be looking at the same spot), the effect of feeling watched by many eyes is still disproportionately unsettling. 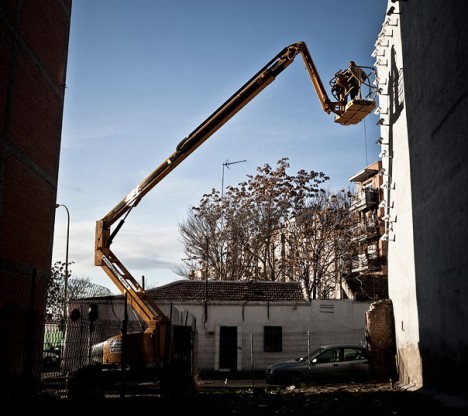 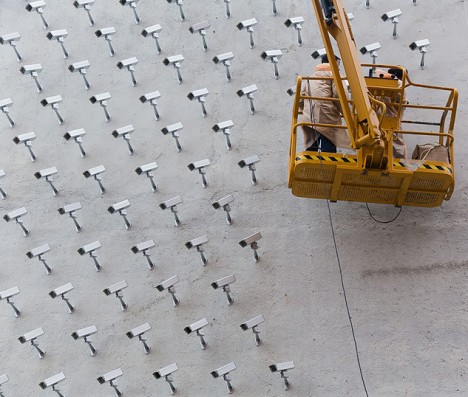 The construction process was painstaking, involving a crane and the manual attachment and alignment of each camera along a carefully-planned grid. 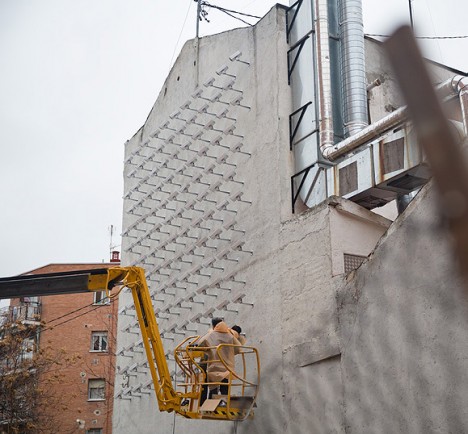 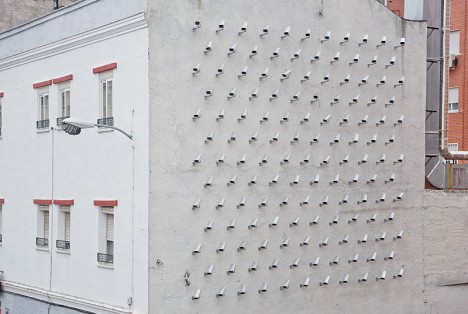 Aside from their uniform focus, the consistent color and style of each unit adds another level of discomfort to the mix, like a marching army of emotionless robotic agents in some dystopian science fiction film.