Combining ancient earthen-architecture approaches and cutting-edge robotic technologies, this contour crafting process promises a revolution in how we address one of our most basic and universal human needs: shelter.

Inventor and teacher Dr. Behrokh Khoshevis of University of Southern California points out that residential construction is labor-intensive, inefficient and hazardous. In short: it is overdue for a paradigm shift, one that not only automates and speeds up processes but also allows for mass customization and individualization. 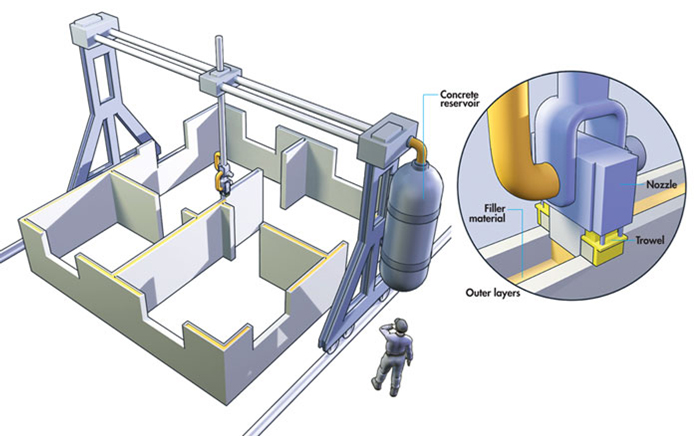 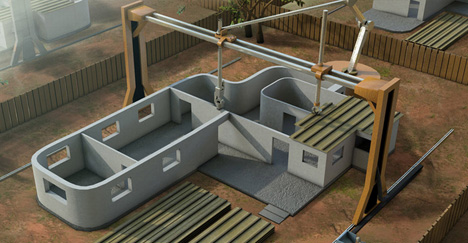 His Counter Crafting system “is a fabrication process by which large-scale parts can be fabricated quickly in a layer-by-layer fashion. The chief advantages of the Contour Crafting process over existing technologies are the superior surface finish that is realized and the greatly enhanced speed of fabrication” in part through the use of additives for faster hardening times. 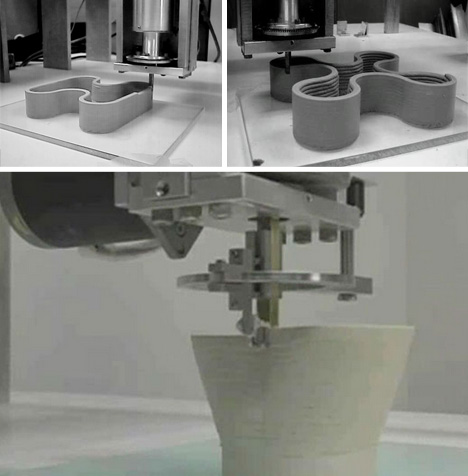 Steel reinforcement, plumbing and electrical can all be installed by robotic attachments as the concrete walls are poured. In turn, conventional shape and style limitations need not apply – curves are as simple to program as right angles. Part of the beauty of this system is that it cuts out the middle man – designs can go straight from the digital drawing board (CAD software) to the on-board computer. 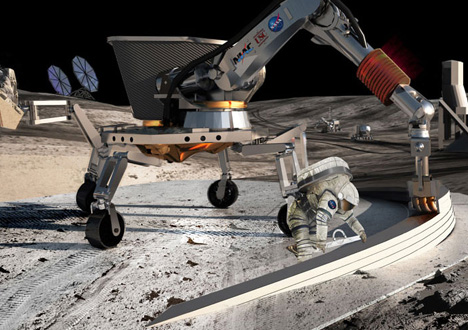 Nor is this simply one man’s fantasy: “Contour Crafting has been under development under support from the National Science Foundation and the Office of Naval Research. Also, the application of CC in building adobe structures using inexpensive materials is being pursued in conjunction with the CalEarth organization.” Contour Crafting is also working with NASA to explore possibilities for 3D-printing structures in space.