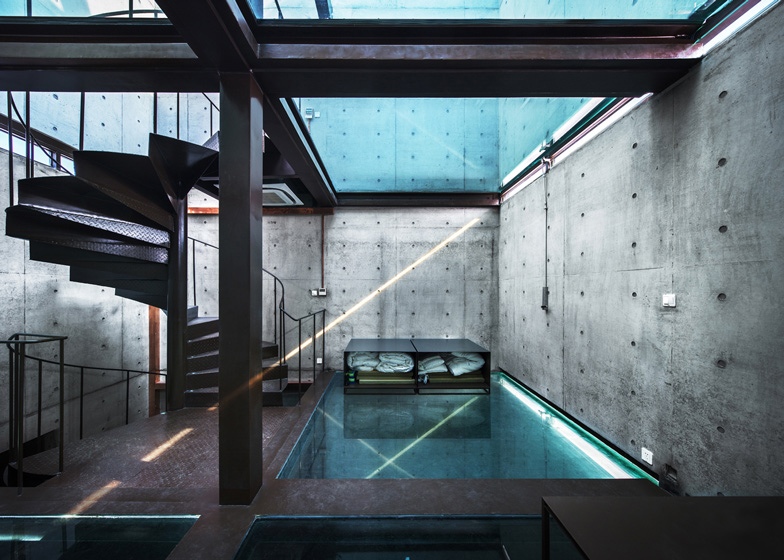 In a surreal reversal of modern architectural convention, this Vertical Glass House trades a tradition of solid horizontals and clear verticals for an opaque shell and see-through walking surfaces. 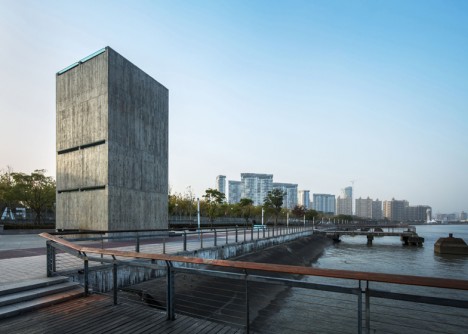 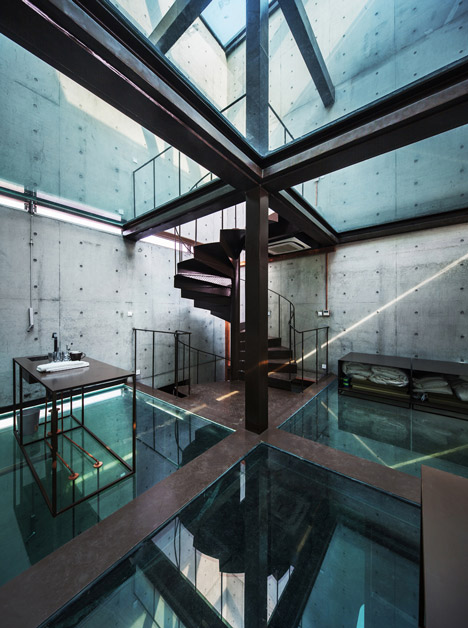 The design by Atelier FCJZ draws on Modernism’s celebration of materials like concrete, glass and steel, but subverts them at the same time via a 90-degree twist. The result is a surprising inverse of celebrated Modernist residences, textbook-making works like Mies van der Rohe’s Farnsworth House or Phillip Johnson’s Glass House. 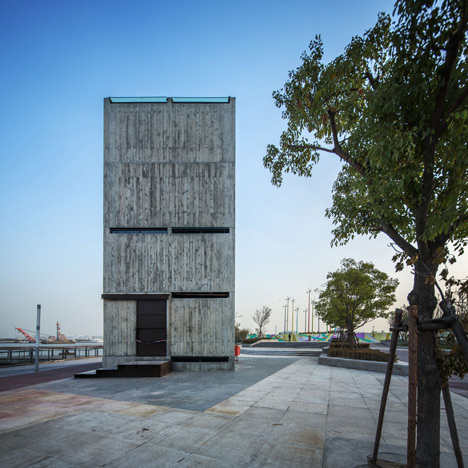 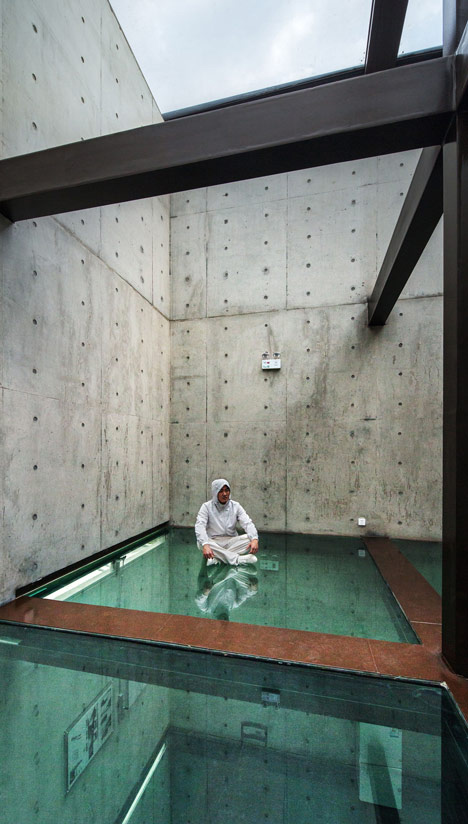 Despite its strategic departures, the unique home is still intended in a Modernist spirit – its simplicity is just turned inward, meant to engender and focus internal reflection. Set as it is in Shanghai, and designed by a Chinese firm, one could also argue it is an Eastern interpretation of a primarily Western movement. 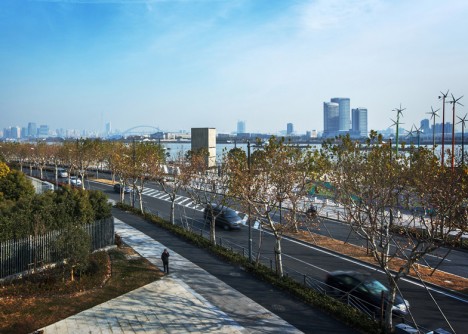 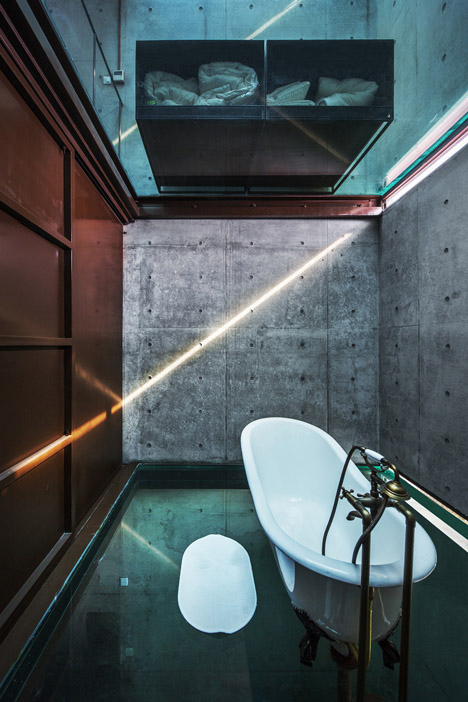 The building was originally designed for a competition just over two decades ago, but recently realized as an actual structure thanks to the West Bund Biennale of Architecture and Contemporary Art, which has made it a permanent pavilion and opened it to guest artists and architects in residence. 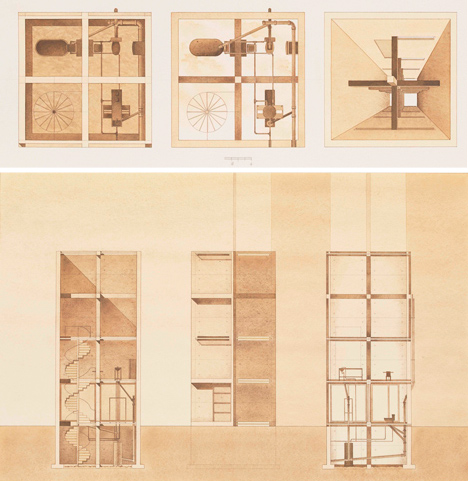 From the designers: “Vertical Glass House is a urban housing prototype and discusses the notion of transparency in verticality while serving as a critic of Modernist transparency in horizontality or a glass house that always opens to landscape and provides no privacy.” 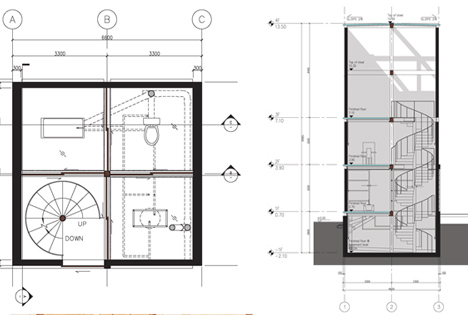 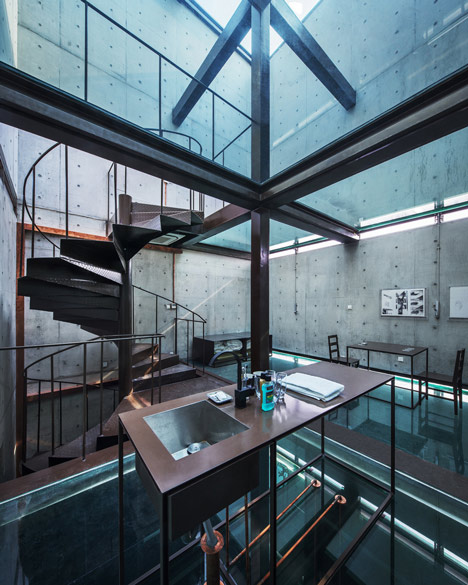 “With enclosed walls and transparent floors as well as roof, the house opens to the sky and the earth, positions the inhabitant right in the middle, and creates a place for meditation. Vertical transparency [also] visually connects all the utilities, ductworks, furniture pieces on different levels, as well as the staircase, into a [comprehensible] system of domesticity.”