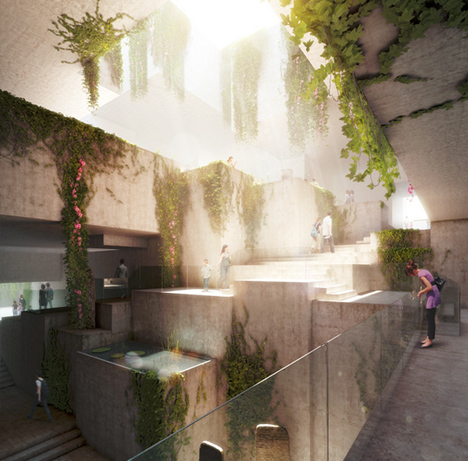 Commissioned for Guatemala City, this weighty megalithic structure is set to be the largest museum commemorating Mayan culture and history in Central America. Its architectural success, however, comes as much from its empty spaces as from its imposing structure, as evidenced by the eight-story central void shown above. 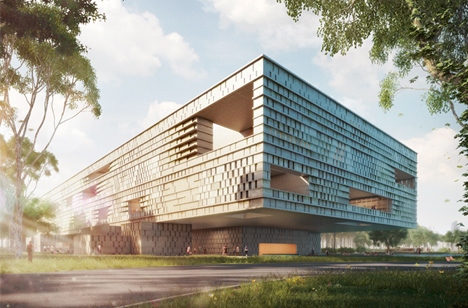 At a glance, the building looks like a monolithic box set upon a piecemeal plinth, the latter helping to give the former a sense of impossible mass. This humbling exterior gives way to an only somewhat-more-human-scaled series of spatial experiences inside. 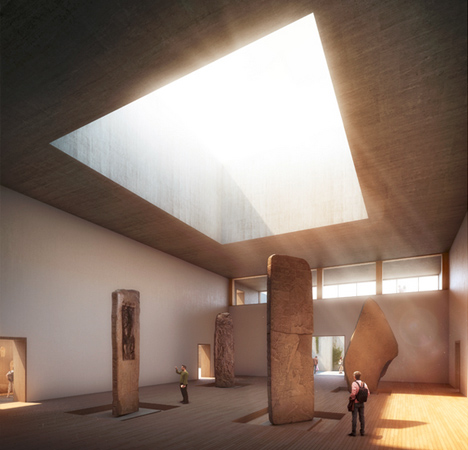 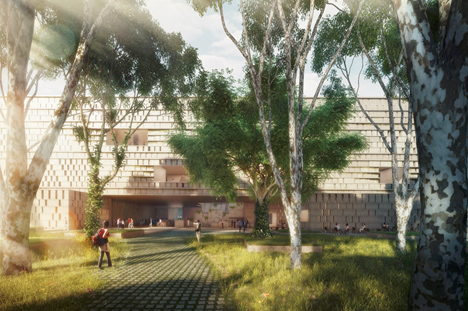 This region-referencing design resulted from international collaboration between Harry Gugger Studio of Switzerland and Over,Under of Boston. More details from these firms below. 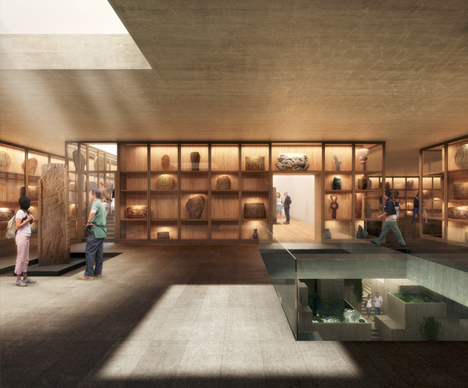 “The new Museo Maya de América is among the most ambitious cultural projects under development in Central America. It is planned to house one of the world’s most significant collections of objects, artefacts, artworks, textiles and knowledge relating to the history and culture of the Mayan Civilisation.” 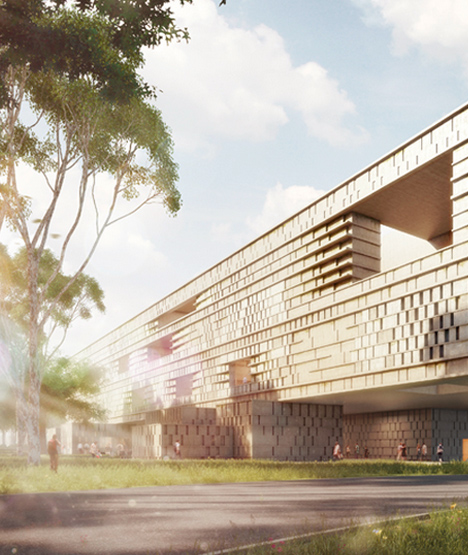 “Located on the northern edge of L’Aurora Park, the new museum building will form the culmination of a cultural axis that includes the Guatemalan Museum of Contemporary Art and the Children’s Museum. This dense cluster of cultural institutions, in tandem with the large open spaces of the adjacent park will become a focal point for tourists and residents alike.” 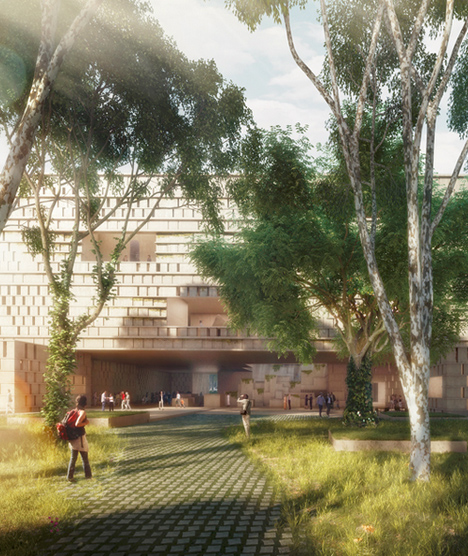 An open central “void extends down in to the parking levels below ground, providing an interesting route up into the museum and a special place to display underworld-related artefacts. The landscaped roof of the museum is once again given back to the public with a series of different areas including a restaurant and terrace, roof gardens and viewing decks all accessible from the Cenote.” 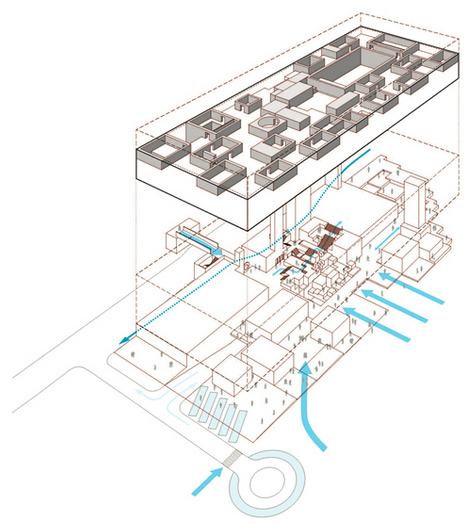 “The large surface of the roof will also be used to collect rainwater in a manner recalling traditional Maya practices by drawing water through a series of channels into the Cenote, enhancing the museums commitment to the environment through water recycling.”