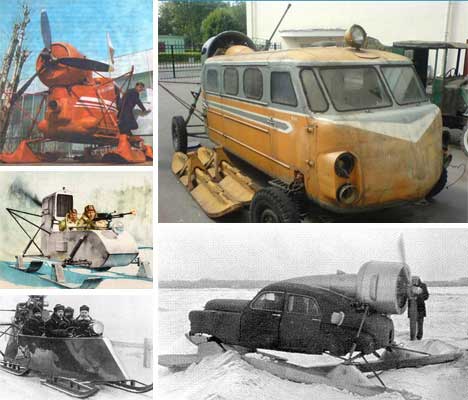 With much of the East coast of the US under a heavy blanket of snow, it’s starting to look (and feel) almost like the cold wilderness of Siberia. Luckily for us, spring and summer will eventually return. But in Russia the winters are even longer and harsher, and military operations can be hindered by meter-deep snowfalls. No amount of snow could slow the Soviets down, though, and they created all kinds of fascinating snowmobiles to help them get around. 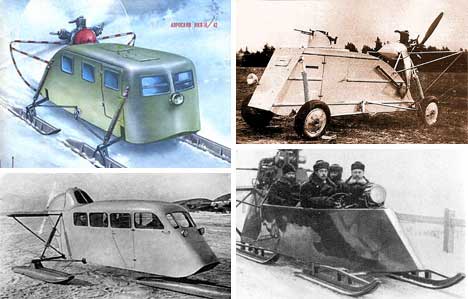 If there are any positive comments to be made about Communist officials in the former Soviet Union, it’s that they encouraged the swift growth of some technologies. Snowmobiles and aerosleds were a high priority for officials who saw their merit in the struggle against all of the Soviet Union’s enemies. Much time and creativity were thrown into the development of powerful snow vehicles, many of which could convert to run on solid ground and even water. 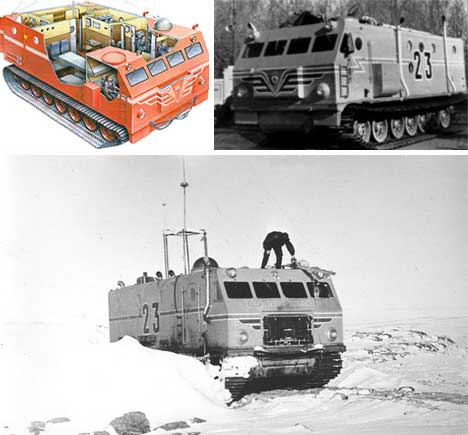 The origins of the Soviet snowmobile were innocent enough. They were used to deliver mail through the harsh and often impassible landscape. Russian-built snowmobiles, like the above beast Kharkovchanka, also helped transport explorers, researchers and equipment on several South Pole missions. 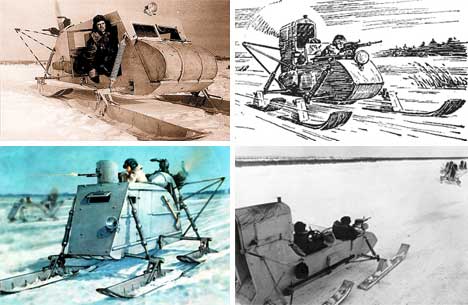 But during World Wars One and Two, snow vehicles took on a more military purpose. The RF-8 model shown above was maneuverable enough to get soldiers around in deep snow, something that the invading forces couldn’t compete with.

During World War Two, the Germans tried to engineer their own wartime snowmobile, but their Tatra, above, never really made it into production. So instead, the Nazis simply captured Soviet models and adopted them as their own. These Soviet snow vehicles were a far cry from the small, fast snowmobiles we know today; they were more like cars on skis – and the larger models were almost like tanks on skis. 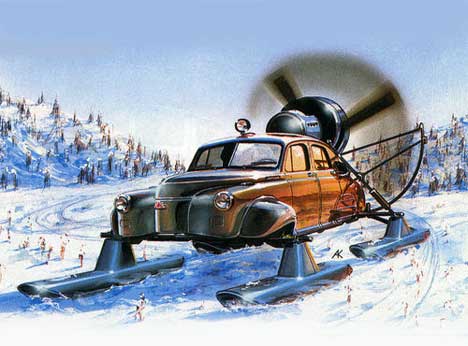 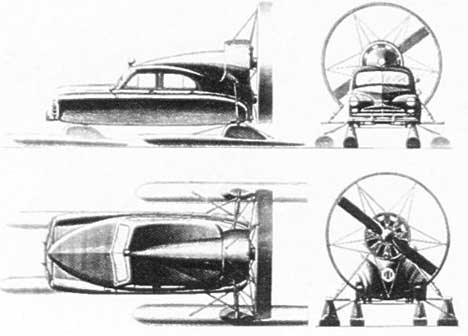 At least one of these vehicles was (almost) literally a car on skis. The Sever-2 was built with the body of the well-known Soviet car Pobeda. A 260-hp aircraft engine was slapped onto it, along with some tough skis, and the Sever-2 was able to navigate just about any amount of snow or ice. In the 4 months out of the year when the area isn’t covered in heavy snow, the Sever-2 could be modified to run on wheels instead of skis. It was used primarily for delivering mail and supplies to remote areas. 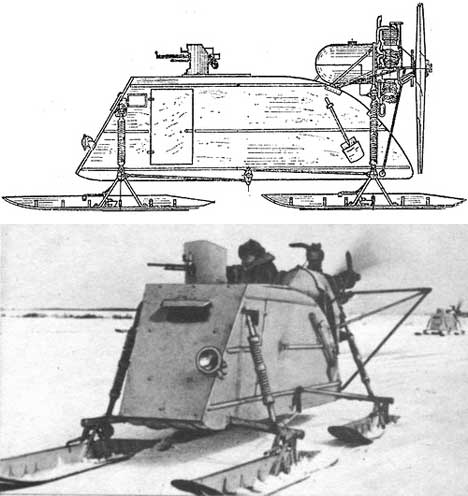 The NKL-26 was an impressive wartime snowmobile that was equipped with a machine gun, allowing it to glide along the snow and take out enemies at the same time. The armored compartment protected the pilot somewhat, but the soldier manning the gun was vulnerable as his head and shoulders protruded from the roof. 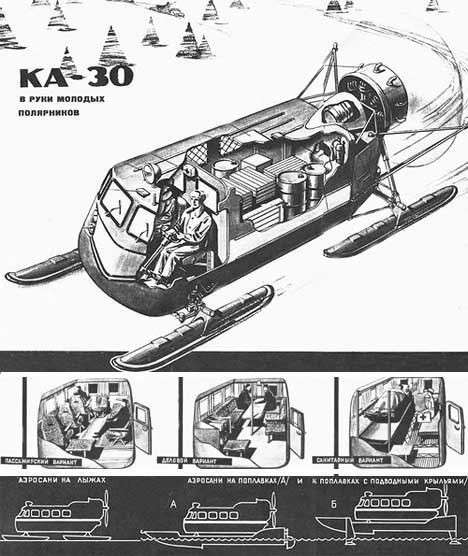 But Soviet snowmobile production carried on well past the war. This fetching model was known as the KA-30, and it featured the ability to morph from passenger vehicle to business vehicle to ambulance, all while skiing effortlessly through the snow-covered Russian landscape. But if a river had to be crossed, it could also be converted to a floating vehicle, making it a truly unstoppable machine.