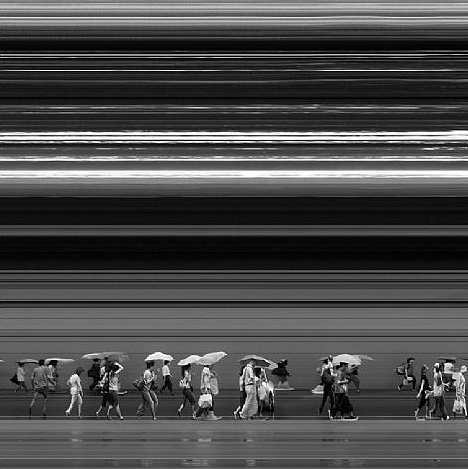 After following a long road with winding paths around and into documentary photography, he came upon an idea for Urban Flow (above): “I had this feeling that I would, like, scan the flow of people. I began looking for the right kind of spaces where I could find a monotonous flow.” 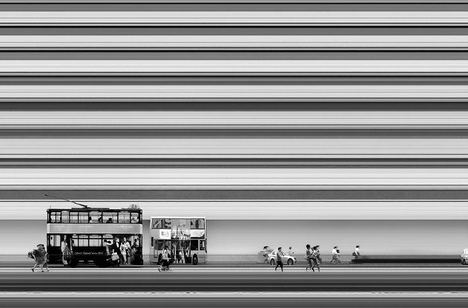 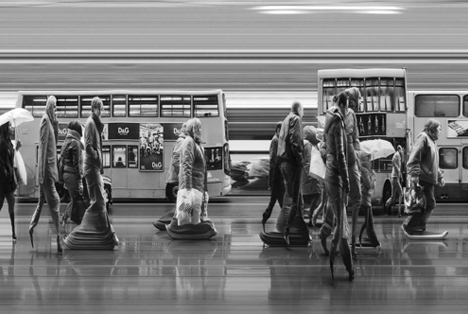 He focused on escalators in commercial buildings, city streets and inersections, bus stops and more. With a concept in mind, he set about to develop the technology to realize it. “It was continuous research,” he says. “It took me a few weeks to figure it out.” The solution was a reversal of typical scanning – the scanner would be the mobile element while the people standing and scanned were stationary. 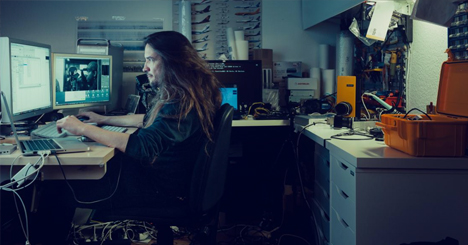 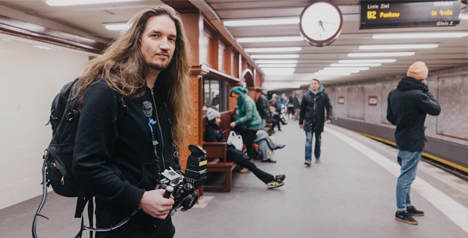 More about the artist from Medium: “Adam Magyar is computer geek, a college dropout, a self-taught photographer, a high-tech Rube Goldberg, a world traveler, and a conceptual artist of growing global acclaim. Magyar was immersed in a long-running techno-art project called Stainless, creating high-resolution images of speeding subway trains and their passengers, using sophisticated software he created and hardware that he retrofitted himself.” (additional photography by Andreas Chudowski) 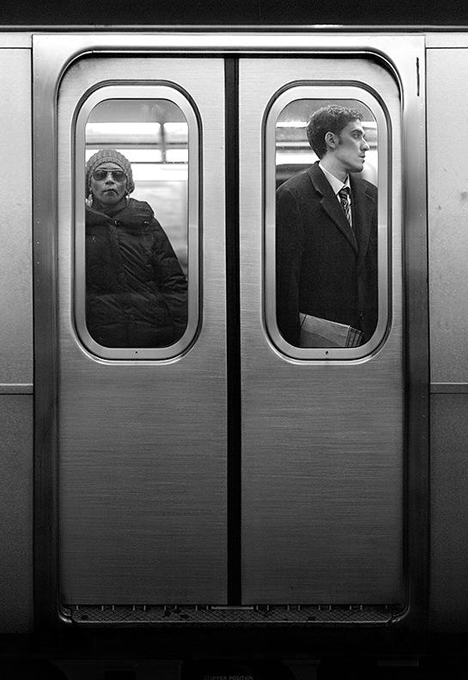 On his savvy custom technology and post-processing approach: “A self-taught engineer and software designer who assembled his first computer while in his teens, Magyar captures his images using some of the world’s most sophisticated photographic equipment, modified with software he writes himself. Additional code, also of his own design, removes nearly all distortion, or “noise,” from his data, producing images of remarkable clarity.” 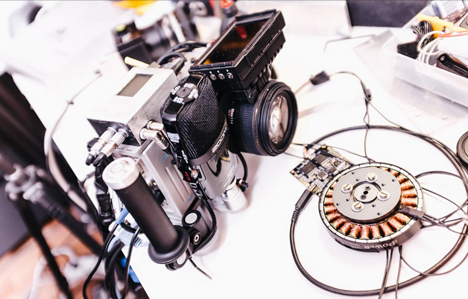 In the extended video above, Magyar talks more about his process, tools and overall journey. “The scanning technique he developed—combining thousands of pixel-wide slices into a single image—allows him to catch passengers unawares as they hurtle through dark subway tunnels, fixing them in haunting images filled with detail no ordinary camera can capture. Magyar sets up his standard array of devices—camera, scanner, voltage meters, blue and black cables, battery pack, tripod, laptop—and waits for a train to roll into the station.”