Uyuni, in arid southwestern Bolivia, is mainly known for its enormous slat flats that turn into enormous otherwordly mirrors when flooded by infrequent rains. Uyuni has another claim to fame, however: its decrepit, rusting train graveyard or in the local parley, “Cementerio de Trenes”. Kudos to Flickr user Jimmy Harris for the eerily ominous image above in which an abandoned locomotive impotently stares down anyone who dares block its path.

Railroad tracks were built by mining companies in the late 1880s and rolling stock was imported, mainly from Great Britain, to haul mineral ores to refineries and smelters. By the mid-twentieth century the region’s minerals had been largely depleted and as the thinly populated area had no need for an extensive (and expensive) rail transport system, the trains were shunted aside and left to the indifferent mercy of the elements.

Somewhere in deepest darkest Brandenburg, Germany, lies an overgrown train graveyard that appears to be populated by trains dating back to the Steam Age… it’s a wonder any of them got through World War II unscathed. Flickr user and creative photographer Eike Ramba applied subtle image processing techniques in order to bring out the gritty sense of history embodied in these rusted but rugged survivors. 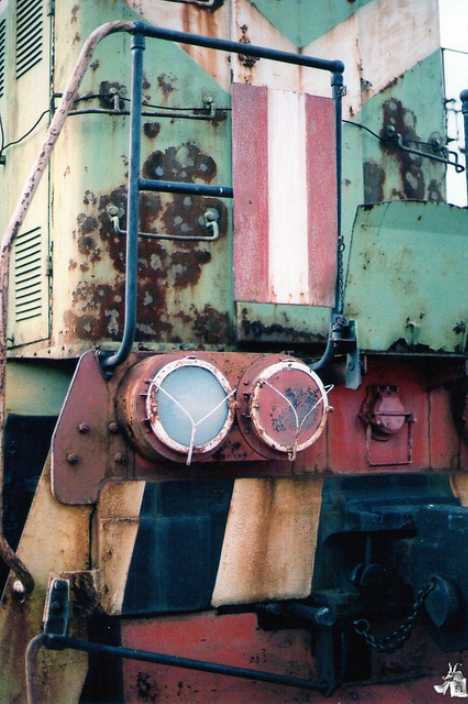 Yanov Station isn’t a train graveyard by design, more like by accident… a nuclear accident to be exact. A tip of the hat to Flickr user ZerO 81 for the above vivid image of Yanov Station’s irradiated and radiant non-rolling stock.

The formerly bustling Yanov Station and any trains at the station at the time of the disaster remain frozen in the year 1986, with the only noticeable changes being peeling paint and spreading rust. Note the faded Coca-Cola sticker on the freight car above: in Soviet Russia, Coke consume YOU!