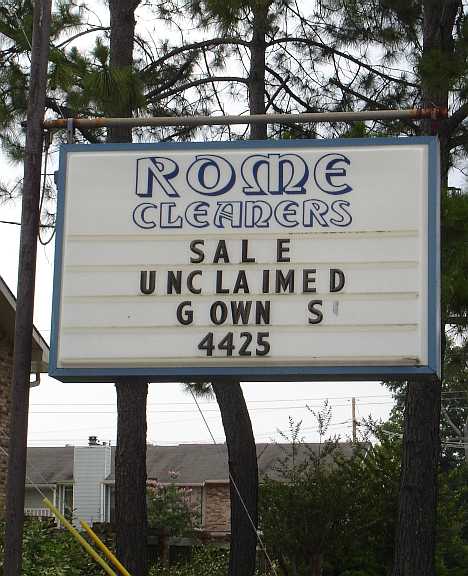 Bad enough that an established dry cleaning business has to close; advertising unclaimed wedding gowns for sale (that won’t be sold because the business is defunct) drops things down to a whole nother level of pathos. 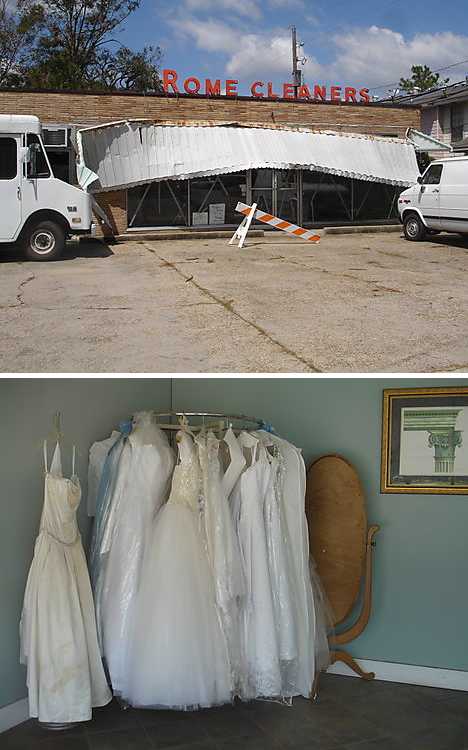 This is one case where all roads lead FROM Rome. Credit Colleen Kane from Abandoned Baton Rouge once more for winnowing out the positive in this Louisiana city’s long list of negative.

Hold the phone, the owners of Rome Cleaners have just updated me: the store only looked abandoned in the above images, having been damaged by a severe storm. Repairs have been completed and Rome Cleaners is as clean as a whistle, ready to serve your dry cleaning (and wedding dress) needs once more! 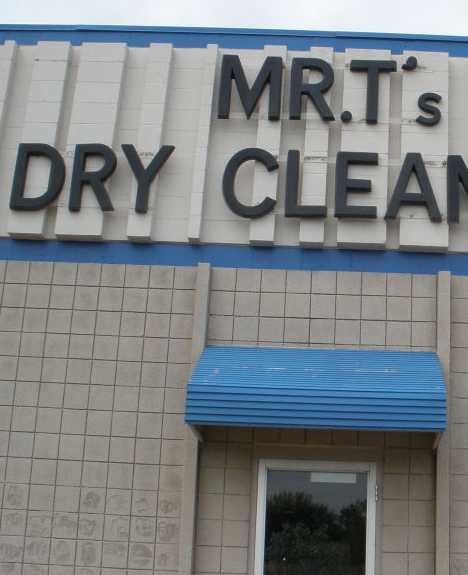 Hey, you with the teeth! We pity the fool who brings his/her clothes to Mr.T’s Dry Cleaning… because they’re closed, sucka! Perhaps being located in the uncomfortably-named and on-retail-life-support Coon Rapids Family Center Mall was in itself a crippling handicap but things could have been worse: the REAL Mr.T could have come after the owner for identity theft. Don’t make him mad, ARRR! A tip of the hat to Dumpy Strip Malls (“who you callin’ dumpy, fool!”) for featuring this sadly nostalgic look at a minor Minnesota landmark.

Klean As A Kitten

Well look what the cat dragged in! Remember the days when using a K instead of a C in one’s signage was kool, er, cool? The faded glory of Stockton, CA’s Thrifty Klean Center epitomizes a time when even dry cleaners were fun. This IS (or was) a dry cleaner, by the way, and not some bizarro community cat-washing concern. Kudos (see what we did there?) to Flickr user misterbigidea for the splendid sun-splashed images above. 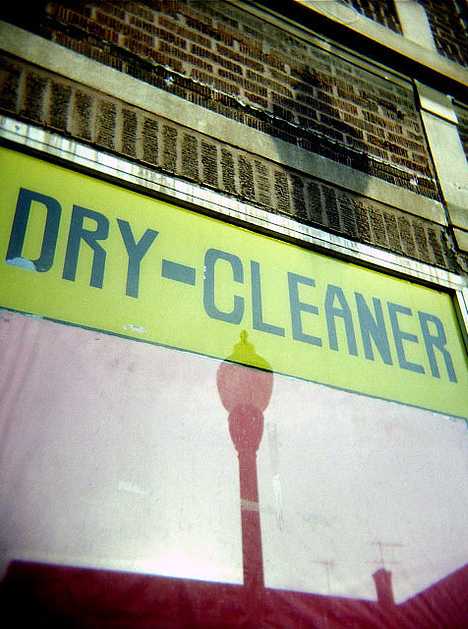 Flickr user Comtesse DeSpair was in the right place at the right time with the right Holga camera when she snapped this exquisite tableau: the begrimed front window of an abandoned Andersonville (Chicago) dry cleaner reflecting a nearby lamp post whose shadow falls upon the ancient brickwork just above. When DeSpair revisited the shop on Clark St shortly thereafter, she found the window had been removed as the dry cleaners was being renovated into a tobacco shop. Unholy smokes!