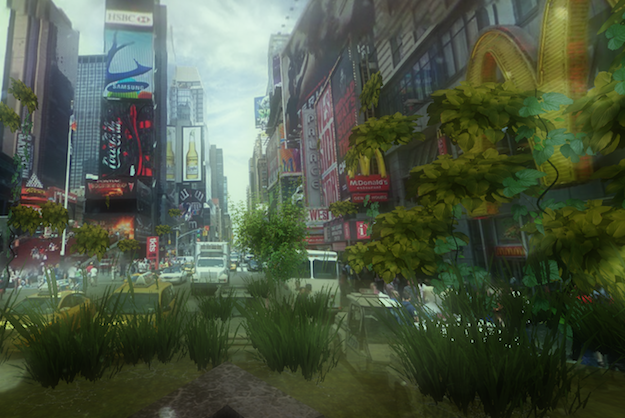 An explicitly illicit use of dimensional data buried in Google Street View, the Urban Jungle project adds eerie layers of post-apocalyptic green overgrowth to major cities around the world. 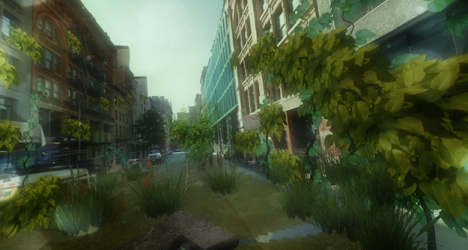 As in Google Maps, a user can simply drag and drop their tiny avatar in a location of their choosing, then explore a plant-infested, tree-filled, vine-covered alternate version of reality. Click here to start exploring. 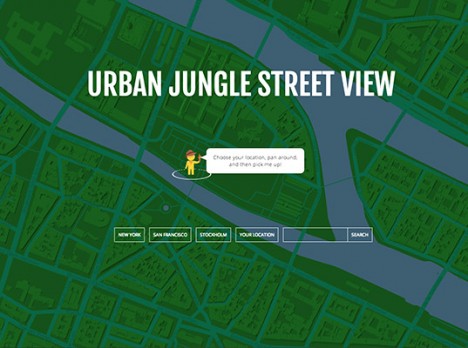 From its creator: “This experiment using an undocumented part of Street View, the depth data. With that a depth map and a normal map is generated, which can be used in the shaders and to plot geometry and sprites in (almost) the correct position in 3d space.” 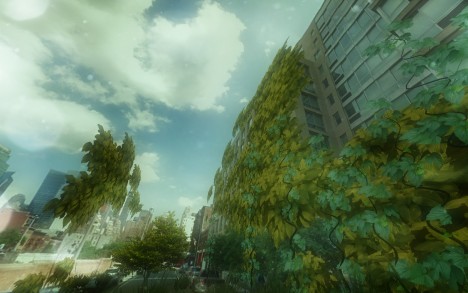 Despite a glitch here or there, most locations and settings are shockingly convincing, looking like something that was lovingly crafted in incredible detail for a game (or an artist’s rendition of life after the apocalypse). 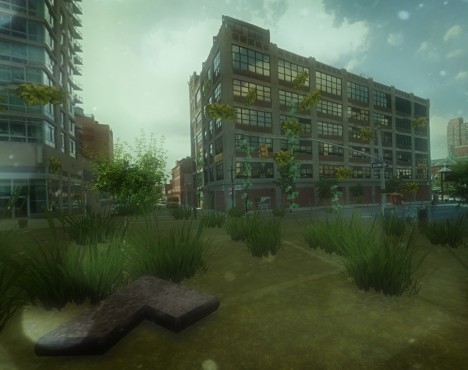 This otherworldly effect could just be the beginning – you too can grab the depth data at GitHub and create your own surreal landscapes or otherwise-hacked environments (samples via GMM, PSFK & PK).