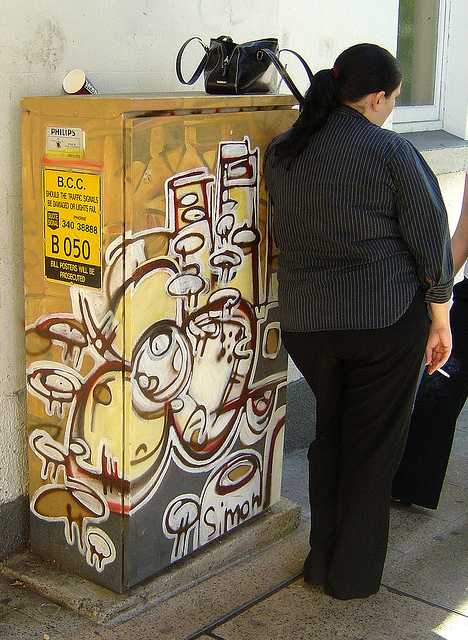 Graffiti taggers walking up to one of Degroot’s decorated traffic light signal boxes are more than likely to walk away leaving nothing behind. Seriously, why bother? It’s not like anyone will notice any unauthorized “additions”. Kudos to Flickr user Rae Allen for this superb snap of a beautified; make that Degroot-ified, box at the corner of Charlotte St and George St. 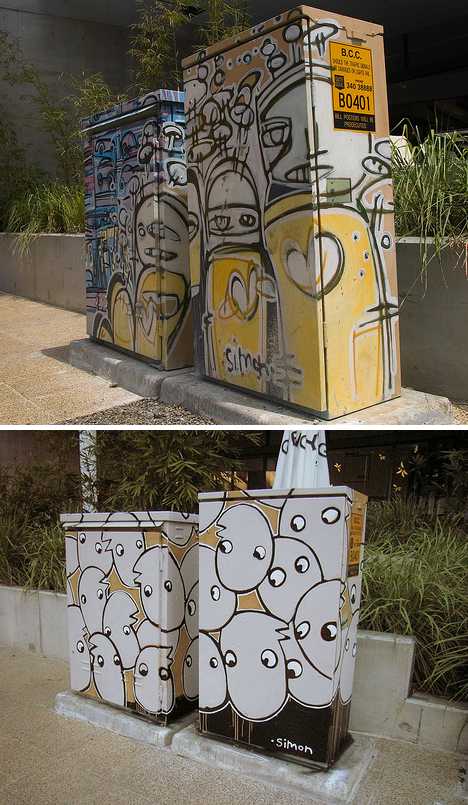 Degroot must have applied to Art Force early and often as he’s personalized literally dozens of traffic light signal boxes, including a couple of double-box installations as shown above, courtesy of Rae Allen.

Among artist Rob Corless’ baker’s dozen artified traffic light signal boxes is this delightfully disturbing one located at the intersection of Margaret Street and Edward Street… also at the intersection of weird and bizarre! Titled “I See Floating Monkeys”, Corless’ work manages to blend in with the gritty city background while still standing out from the surrounding street scene.

The Perth Of Venus 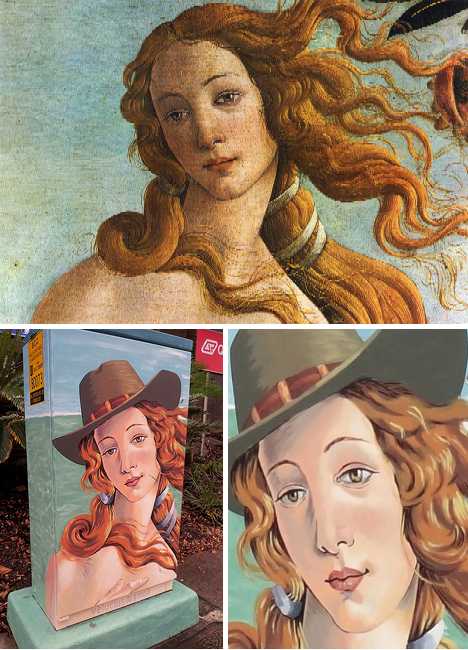 Old & busted: Renaissance painter Sandro Botticelli’s 1486 masterpiece “The Birth Of Venus”. New hotness: Brisbane artist Frag Spawn’s “Venus In The Sun”, an Aussified homage gazing out from a traffic light signal box (not a clamshell) near Roma Street station. Would Sandro be shocked, amused or both?

Heh, and you thought traffic lights did a pretty good job of stopping traffic! 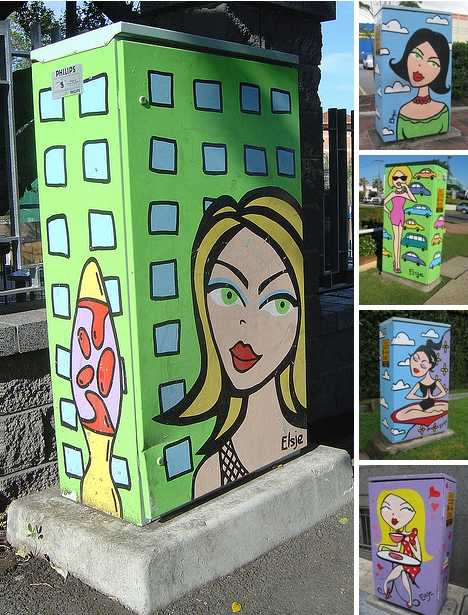 Artist Elsje Downes hasn’t given formal titles to most of the nearly one dozen traffic light signal boxes she’s painted and y’know what? We’re OK with that! Downes may be channeling a little Roy Lichtenstein in her fanciful scenes of Brisbane life from the viewpoint of a single girl but there’s no denying the sense of pure fun her vignettes bring to any urban setting.