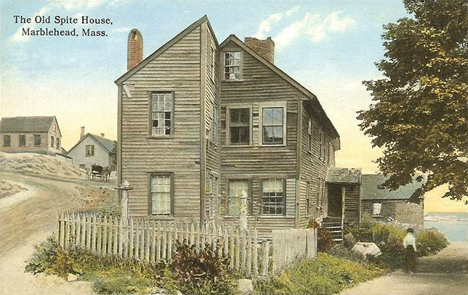 Nobody knows for sure where the ‘spite’ part comes in with the 10-foot-wide extension of this 300-year-old house in Marblehead, Massachusetts. Some say that two brothers who didn’t get along occupied different parts of the house, and the structure was built by one to block the view of the other. Others say it was built to block the view from a nearby tavern. The house, which now looks considerably nicer than it did in this 1912 postcard, is an interesting bit of history in a town first established in 1629. 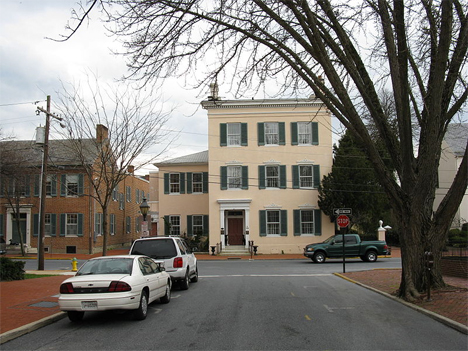 Located in the historic district of Frederick, Maryland, the house was built by Dr. Sam Tyler in 1813. The story goes that a planned road would have disrupted the quiet nature of the neighborhood. Tyler owned a larger house next door, and built the smaller one to block the road, renting it out. Now, as is so often the case with older buildings with an interesting story, the house is the subject of many a ghost story. It was a bed and breakfast for decades before becoming the offices for a marketing firm. 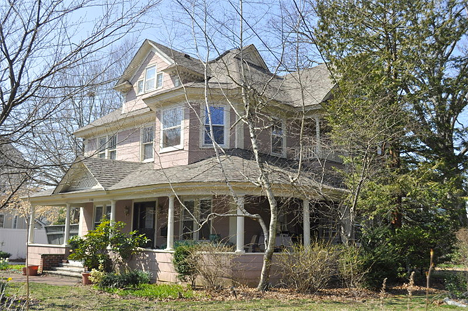 A developer who disagreed with the city’s plans to lay out the city of Freeport in a grid in the 19th century built a Victorian house vitally overnight on a triangular plot of land. The Freeport Spite House forced this particular section of the city to be redesigned. 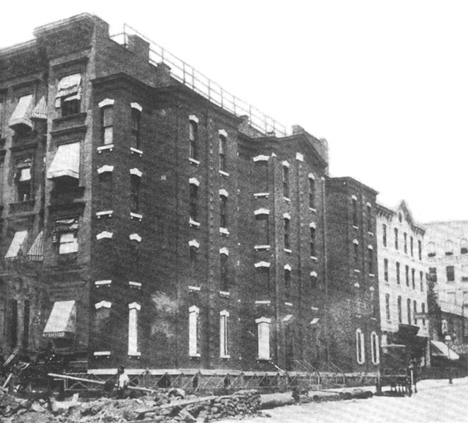 In 1880s New York City, a landowner with the surname Richardson refused the offer of a developer to buy up a strip of land adjacent to buildings they already owned. So the developers decided to build their apartments facing the strip of land owned by Richardson, figuring they could enjoy the view without worrying about anything else being built in the narrow five-foot-wide space. They were wrong. Richardson built a 104-foot-long, 5-foot-deep building that completely blocked the views and made them into his own apartments. Sadly, this super spiteful structure was torn down in 1915.