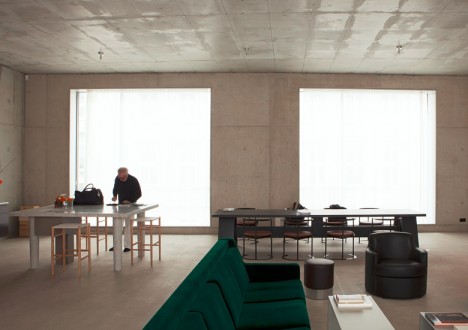 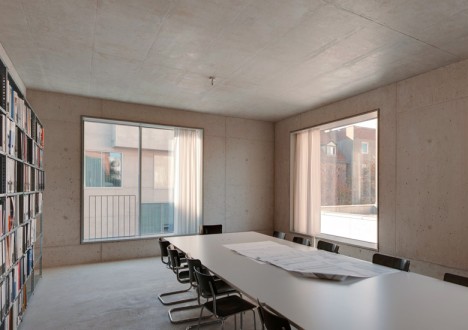 Chipperfield, British but living in Berlin, has a combined studio and house in the middle of the city – his spaces are sparsely furnished and functional, and a little reserved, not unlike his own professional work. 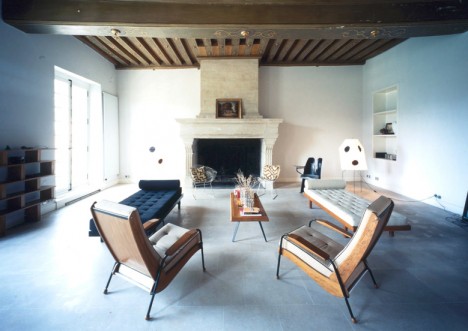 The Fuksas residence is hard to compare directly to their architecture, which tends to involve large gestures with smaller deformations, but perhaps the approach to details is similar – simple volumes with accents and highlights in the form of furniture and materials. 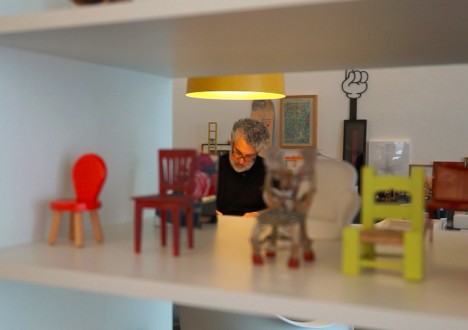 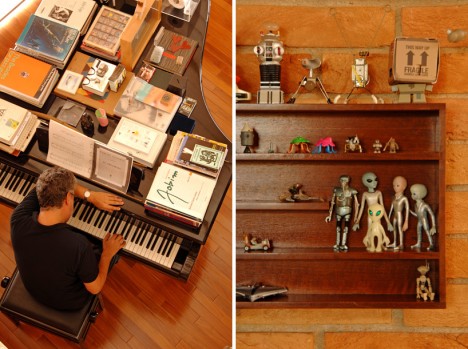 Kogan surrounds himself with a surprising array of examples, models, toys, knick knacks and stacks of, well, stuff – much more cluttered than one might expect from such a formally rigorous designer. 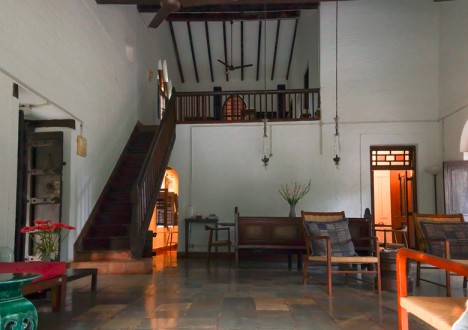 Finally, the home of Jain is what one might expect of someone known for using richly-textured materials and a locally-oriented approach to design – it is comfortable, relaxed, and simply seems to fit his personality. 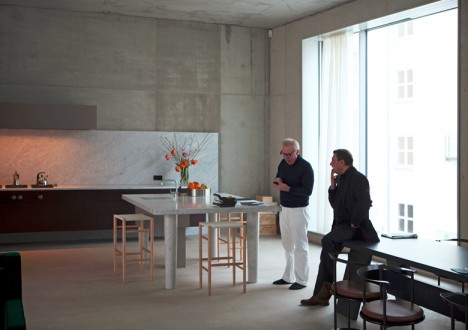 More from the creators of the upcoming exhibit, set to debut this month in Milan: “The curator of the event, Francesca Molteni – who curated “Design Dance” with Michela Marelli (2012) and “A celestial bathroom” (2010) – has been privy to the private homes of eight of the greatest exponents of the architectural world, filming the exteriors and domestic spaces and recording an interview with each of them on the visions, triggers and decisions that have steered their design and professional careers.” 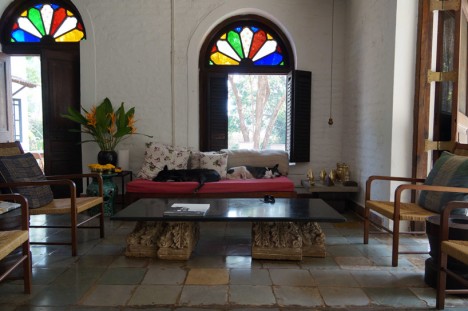 “She and the architect and scenographer Davide Pizzigoni, who has been exploring representational space and working with leading international opera theatres, have devised a project that recreates the private “rooms” of Shigeru Ban, Mario Bellini, David Chipperfield, Massimiliano and Doriana Fuksas, Zaha Hadid, Marcio Kogan, Daniel Libeskind and Bijoy Jain/Studio Mumbai by means of real-life videos, images, sounds, comments and reconstructions. The result is an interactive exhibition space that unveils the architects’ visions of living, their choices and their obsessions.”